ELEX Review – A Bit Like An Incontinent Jack Russell Terrier ELEX is like an incontinent Jack Russell terrier – full of personality and character that endears a person towards it, but quite regularly it will pee all over your floor and leave a great big mess to be cleaned up. It won’t be your GOTY, but you may well find yourself defending it to unbelievers who only watched the gameplay videos and never found themselves understanding its unique charm. 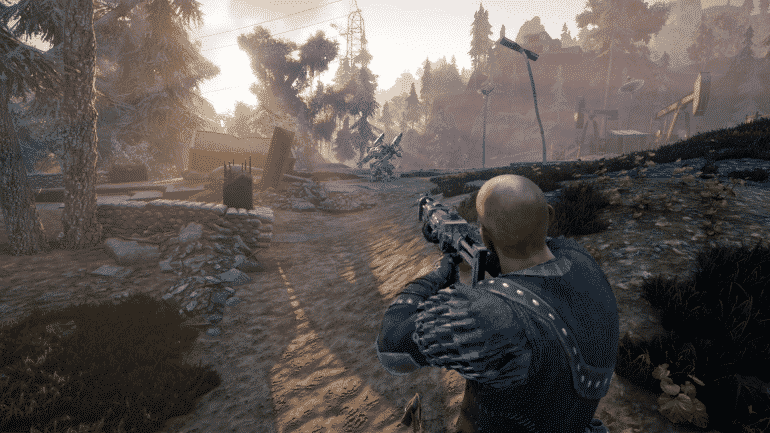 ELEX is a Piranha Bytes game, the same studio famed for the Gothic and Risen RPG game series. In that proud lineage, it shows many of the same qualities (or perhaps, shall I say, symptoms) of a Piranha Bytes game. A great big open-world full of diverse landscapes. A plethora of absurd and occasionally game-breaking bugs. Combat that never quite reaches “great.” Weird level scaling and difficulty. A very inventive lore and storyline. A few hours into this title and I was thrown mentally back to the late ‘90s/early ‘00s; for better and for worse.

You control Jax, a grim bald headed leading man who hovers between Geralt of Rivia and Kratos in terms of grim stoniness. Your world is Magalan, a world that 150 years prior was struck by a cataclysmic meteorite. Aside from the destruction this caused, it also released the valuable mineral Elex, which can be harnessed for its multiple purposes and is highly prized. Jax is a former member of the Alb group, who are one of the meaner mercenary groups pursuing Elex for their own nefarious purposes. After various events lead to Alb leaving Jax for dead, he must find his own way within Magalan and gain revenge against his former allies. Although Jax himself is somewhat bland, the NPCs you find inhabiting the world are largely charming or interesting in some way. Many of them have appealing character arcs. You end up choosing between three main groups to join: the machine-warrior Clerics, the nature-worshipping Berserkers, and the Mad Max-esque wasteland Outlaws. This creates a scenario where it is almost always going to be worth replaying the game to see the paths you didn’t take. This diversity is also reflected in the world, which has a variety of locales and settings that blur the line between fantasy, sci-fi and post-apocalyptic. Exploring the world is always fun, mostly thanks to the use of jetpacks for vertical traversal of the world.

Combat is probably the weakest part of the game, which is unfortunate, because you have to do a lot of it. Sitting somewhere between The Witcher and Dark Souls, it never quite reaches the heights of either. Melee weapons always vastly overpower ranged or magic options, so you are limited there. Hitboxes and strafing is inconsistent at times. Enemies seem to scale much quicker than you would expect, and the mechanics are never quite as smooth as Dark Souls. Whereas the former title is “tough but fair,” ELEX is instead “tough and frustrating.” If the sudden mob of a million Death Dogs out of nowhere don’t do it for you, the sudden glitching through a rock at the wrong moment will be what finishes your playthrough for the night. 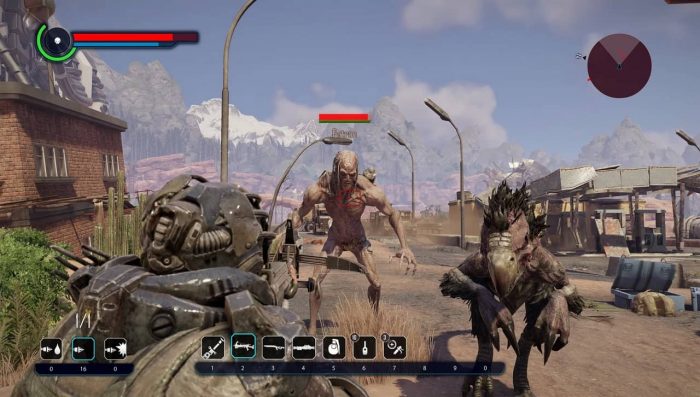 The world is intended to be more organic than other titles, and this is felt in that areas are very rarely blocked off or gated for anything other than occasional story reasons. This shows a genuine care for the world that was being created, but I only wish that there not quite so many bugs popping up. Some quest markers are entirely wrong, and some quest triggers just don’t work quite properly.

Despite these flaws, I found myself losing time in ELEX. Most of these problems are solvable through patches, and I really hope this game gets that support it needs in the next few months. Objectively speaking, I have to give it more average scores, but subjectively, in my heart, ELEX has all the necessary features to be a cult-classic of sorts. It has a lot of ambition, and the exploration is so much fun at all times. You shouldn’t pay full price for it, but if it comes up on a sale, you should definitely pick it up and give it a go. Just remind yourself what games were like in 2003 and you’ll be fine. Plus we never even had auto-patching back then, so you young people are already being spoiled.