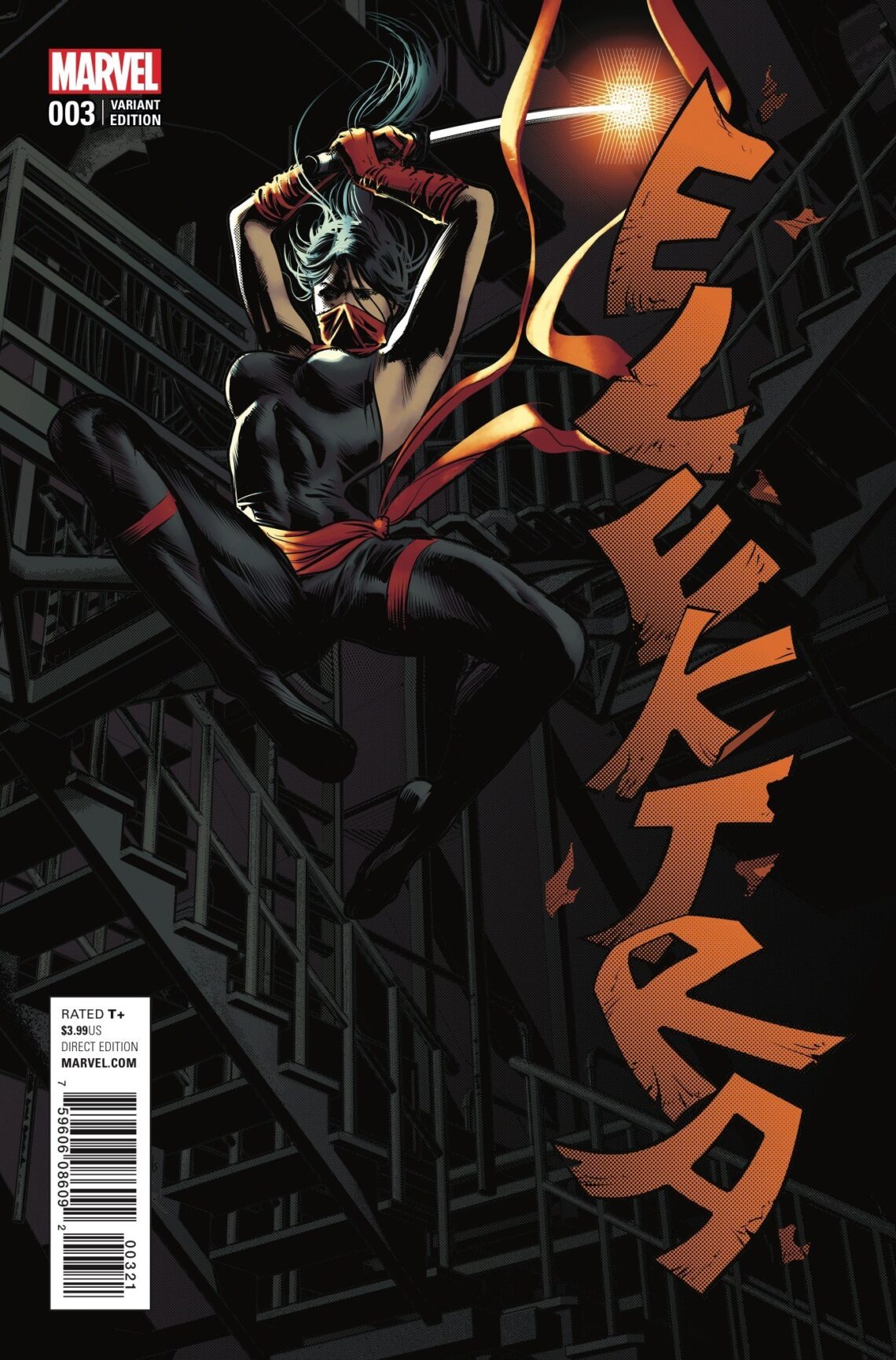 After such a promising start, Elektra #3 goes completely off the rails by being exactly what fans were dreading the minute they saw Arcade. I began reading this series even though I’m not a fan of Elektra, but I was keeping an open mind that maybe I’d see why people like her. While that hasn’t happened, that isn’t her fault. If anything, I have to say that she’s the most interesting thing about this series. However, due to weak writing and plotting, former X-Men C-list villain Arcade does exactly what you’d imagine and everything falls apart.

Continuing her adventure in Las Vegas’s MurderWorld, Elektra has been taken prisoner by the villain Arcade. Now, joined by a reality TV star, an MMA fighter and a J-pop singer, Elektra must battle her way through a virtual reality where they’re marked for death. But can she survive, especially when the stakes are constantly being raised?

Yes, it’s the Hunger Games. Or The Condemned. Or The Running Man. Or Hard Target. Or, in fact, any of the countless clichéd tales of people being hunted for some kind of entertainment. There’s absolutely nothing new about this at all. I’d criticise the story further, except there really is no story here.

Elektra’s fellow competitors are exactly the sort of one-dimensional cannon fodder you’d expect. There’s no depth to any of them whatsoever. Meanwhile, the hunters chasing them are bland, boring and just as easily interchangeable. Even the fight scenes, which you would imagine would at least liven this issue up, are dull and by-the-numbers. There’s a series of dull flashback sequences which try to explain Elektra’s motivations, but other than offering up a cameo of Daredevil they serve little purpose. As a positive, the art generally continues to look pretty good and I really hope to see more of Juann Cabal’s work in the future. Sadly though, even these contributions add nothing to the finished product in terms of raising excitement, and at times it looks like there was some boredom with the story behind the scenes. Also, yet again, there are faceless characters in the various panels. These aren’t even minor figures in the background of small panels, these are main characters who are front and centre.

Come on, Marvel! Where’s the editorial control on this?! If somebody gave the green light for such a dull, cliché-ridden story for one of your most popular heroines then fine. It happens, and it wouldn’t be the first time a bad story has made it to print. But to present unfinished art in your issues too? It’s distracting, unprofessional and an insult to those readers who hand over big bucks these days to get a quality product. Somebody out there, do something to fix this!

So, basically, in good conscience, I really can’t recommend buying Elektra #3. That first issue held some promise, but three issues in and it’s time to start asking for a refund. 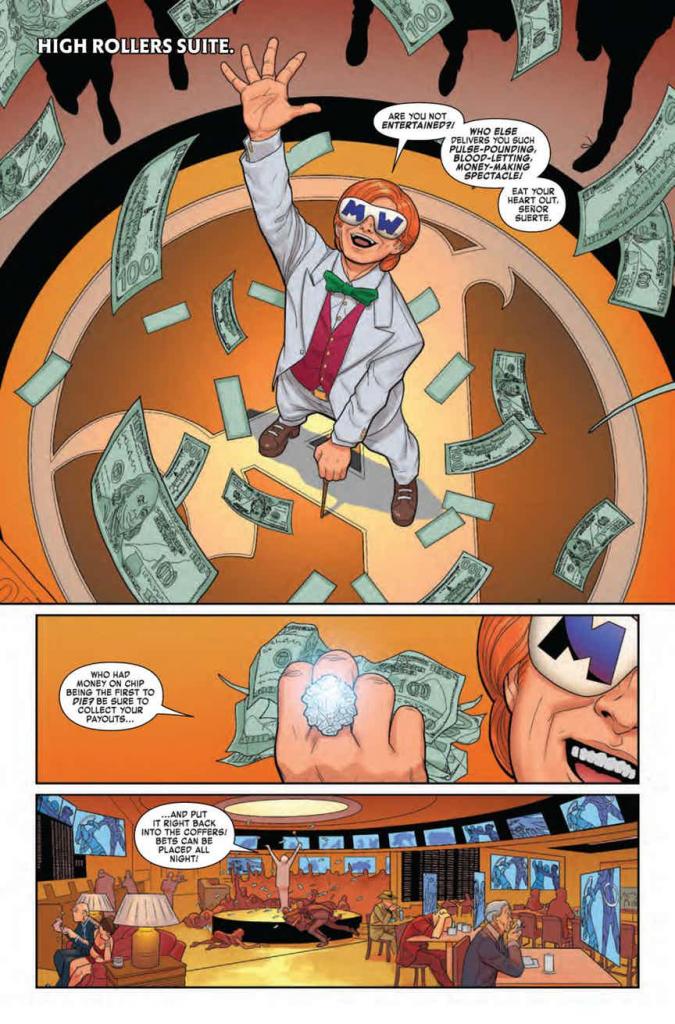