Elden Ring: Jesus is Walking the Lands Between 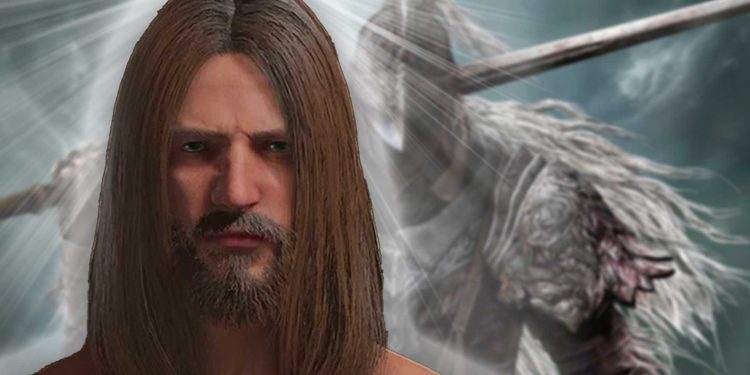 Despite the punishing difficulty, the Souls games have always had a playful community behind it, and this is no different when it comes to FromSoftware’s Elden Ring. We’ve seen Kratos, Samuel L. Jackson, and even Squidward from Spongebob Squarepants show up in the world. So, it’s no surprise then that a player called Jesus Christ — based on the Christian Messiah — has begun invading other players’ games to offer peaceful moments of worship in Elden Ring.

Elden Ring allows players to choose the character they want and gives them the ultimate freedom to design them however they want. And it seems one player has decided to create a character inspired by Jesus Christ – complete with biblical garb, beard and shoulder-length hair.

Unlike your bog-standard invading player, though, Jesus Christ seems to be spreading peace in Elden Ring. It’s quite a bit jarring considering that most invading players are out to slice you in two with a big sword or set you on fire with a spell.

Watch the video (cleverly titled “I entered this world an invader. I left this world a believer”) below.

One of the first sightings of Jesus was posted on Reddit, as one player encountered the invading Saviour in the game’s PvP mode, which usually consists of malevolent players out to maim or kill you. What starts as a moment of uncertainty quickly evolves into a quiet moment of worship. We see both players slowly walking toward each other, stopping, and performing the Rapture gesture. According to the post, the moment was completely unscripted and spontaneous.

Another pointed out that the Elden Ring Jesus was packing some heat in the form of daggers, presumably for when he comes across some non-believers.

Of course, this isn’t the first time that a strange character has invaded other players’ games. Recently another player named Will Smith started invading games, running up to players and, you guessed it, slapping them across the face.

It’s moments like these that warm a player’s heart when gamers come together around a game and form a community based on playfulness. Whether or not the character is using the above game for evangelism remains to be seen. What we do know is that he has already touched the hearts of many gamers out there, regardless of their beliefs. In a world of chaos, violence and disorder, there are still some spreading hope and peace.

Have you encountered Jesus Christ or Will Smith in Elden Ring yet?