The Edge of Seventeen Review – The best teen movie of 2016 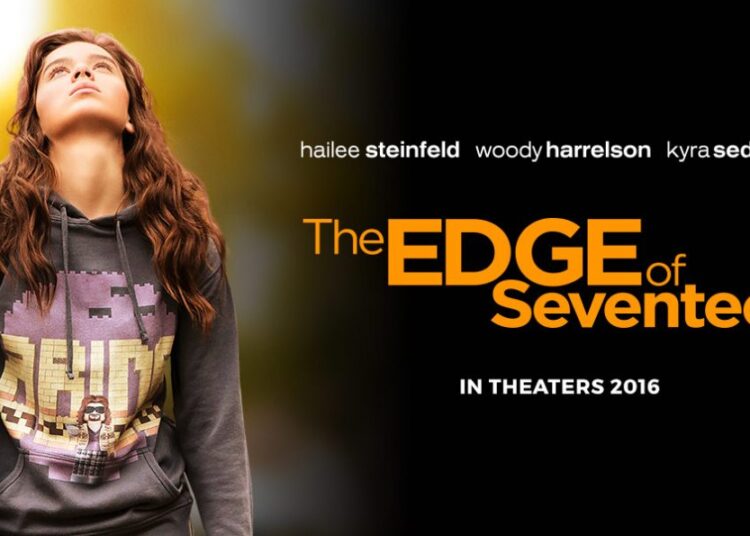 The Edge of Seventeen is easily the smartest and most relatable teen movie I’ve seen in years. Unlike most movies that focus on awkward teenagers, high school and anxiety (think Mean Girls and Clueless), Kelly Fremon Craig’s film picks apart the cliches and cleverly combines comedy and pathos. “Look, I don’t want to take up a ton of your time, but I’m gonna kill myself,” introverted Nadine (Hailee Steinfeld) belts out to her acerbic history teacher, Mr. Bruner (Woody Harrelson), in the opening moments of The Edge of Seventeen. It’s the kind of overreacting behaviour everyone in her life has come to expect from her. “I’m probably gonna jump off an overpass in front of a semi or a U-Haul — just not a bus. I’m not gonna be a dick and make people watch,” Nadine warns him. “Good luck with that,” Bruner responds.

When she isn’t harassing her favourite high school teacher with desperate pleas for help, the self-dubbed “old soul” bickers with her mother (Kyra Sedgwick) and her brother Darian (Blake Jenner). It’s been three years since her father’s death and the teen is struggling to adjust to life. When her best friend, who is the only person able to keep her grounded, hooks up with her brother, Nadine’s miserable life spins out of control. She struggles to stay afloat amidst problems at school, at home and her relationship goals. If you’ve forgotten about the hardship of high school and what it’s like to be a young teen, The Edge of Seventeen stands as a good reminder. Those are rough years. It’s a time where most people are trying to find themselves. It’s also a time for experimentation and a lot of stupidity. This peppy coming-of-age comedy offers hilarious moments without straying off into the unbelievable. It feels realistic and the clever banter feels real. Nadine isn’t a druggie or a criminal or diva – she’s just lost. And that’s completely relatable. Watch and wince.

The Edge of Seventeen can stand tall against some of the best teen films of the decade (think The Perks of Being a Wallflower). Hailee Steinfeld’s performance as Nadine should catapult her career in the right direction. She truly is a star.