Echoplex was released on Steam’s Early Access a few short days ago. The indie game is classified as a cyber-horror, puzzle game. While there are elements of intrigue and mystery, I wouldn’t personally consider this anything near a horror. You play the role of an unnamed test subject, employee number 173-019-774-01-DS, locked within a confined room, only to be released into a series of rooms, or lab environment, for testing. To be honest, I can’t be sure if the puzzle aspect of the game is simply a glitch within the lab’s confines, or if it’s actually part of the test itself. There are vague elements of Portal and The Stanley Parable built into the dynamic of the game, although the story isn’t as clear cut. In fact, the test subject has lost his memory during experimentation with the controversial product, Continuum, and part of the objectives of the game is to gather up the fragments of your memory as you complete each level. The object for Echoplex is pretty straightforward, but completing each level has a bit of a twist. The Continuum breach has resulted in a scenario whereby clones of your are produced. These clones, known as your Echo, replay each of your previous movements as you traverse the different levels. So walking forward, jumping, or opening doors are replicated by your clone who enters the room a few seconds after you do, indicated by the intercom message “Echo detected.” You open and close doors to rooms that contain a memory fragment by walking through a light screen, with different coloured lights opening doors matching its colour. Bearing in mind that your Echo will soon walk through the same light screen shortly after you’ve passed, you have only a few seconds to reach the opened door. In some instances, you rely on the Echo to pass through the screen to open a door. In addition to your Echo closing and opening doors, you’ll also corrupt the space-time continuum if you collide, resulting in you restarting the level. And even more complicated are instances when multiple Echoes have been detected, which disintegrate when they collide.

This may seem like quite a challenge, but it doesn’t quite live up to that benchmark. Instead, I found myself running through levels with little to no thought as you run through the different trigger points. For each four or five such ‘runthroughs,’ you’ll eventually reach a level that isn’t quite as easy and takes a good five minutes to complete, often times repeating the process multiple times before reaching the optimum timing and pathway to unlock each of the doors to reach the memory fragment. This becomes the norm in the end, as you are almost certainly met with a difficult challenge for every four ‘runthroughs.’ The fundamentals are easy to understand and pick up. There aren’t any tutorials or even keys assigned for you to familiarise yourself with, and nor should there be. There was, however, one big issue I had with the game, apart from the easy-or-not pattern of each level.

Something about the build of the game gave me quite a bit of motion sickness. Although the topic was recently covered on FoS a few days ago, it wasn’t something I’ve previously encountered, not even with the countless simulations I’ve recently experienced using some form of VR headset. I cannot speak for each individual, but having quite a high tolerance for motion sickness in games, I found it quite tough to complete Echoplex in one or two sittings. Having spent nearly 30 minutes during my first sitting, I experienced quite severe dizziness and nausea I couldn’t look at any screen for a few hours following preceding the subsequent sittings, however, I had to rely on multiple 10-minute sessions spread over two days and at least two hours in between each to complete all the necessary levels. Echoplex, still being in the Early Access phase, has huge potential. The basics are there for a really enjoyable puzzle game with elements of being a decent thriller. The story is told in a manner of the fragments that you collect, providing a greater level of intrigue as you uncover only bits and pieces through each solved level. Unfortunately, the game has not reached its full potential as yet.

In addition, if the developers are able to smoothen out the frame rate and camera movement within the gameplay, I’d love to have another go playing through Echoplex once it’s been fully released (possibly with more levels and challenges). As it stands, though, I’m not willing to put myself through the torture of motion sickness, dizziness, and nausea I experienced over the two days. 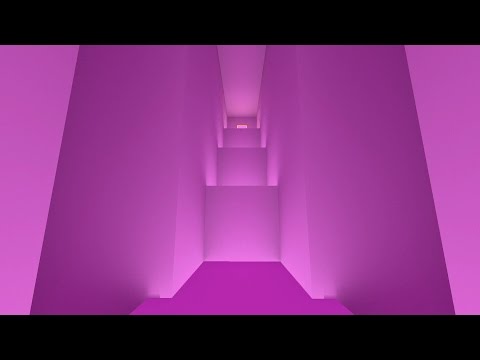