Can ‘The Avengers: Earth’s Mightiest Heroes’ Get Some Love? 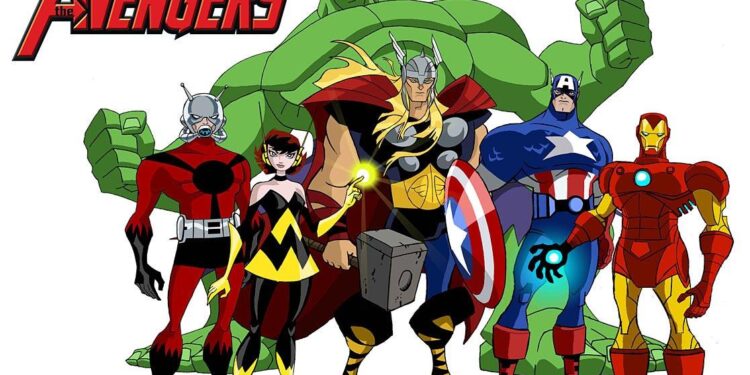 Sure, it gave us the typical line-up of heroes: Captain America, Iron Man, Thor, the Hulk, Hawkeye, Ant-Man, the Wasp, Black Panther… but The Avengers: Earth’s Mightiest Heroes also gave the viewers something special.

Superhero cartoons. That phrase sounds a little on the dumb side, and some fans would probably find another term for them like Comic Book-Based Animated Series, but let’s be honest: they’re superhero cartoons. I’m not using that term to be awkward, and I’m certainly not being derogatory about them because that’s what they are and I love them. I say that because I genuinely feel that the best ones are just as good as the original comic books, and can knock the live-action adaptations for a six. Ask a long-time Batman fan which Batman adaptation was the best, they’ll probably say Christopher Nolan’s first two films. Or, if they give the question some more thought, they’ll say the Batman Adventures cartoon series. That cartoon was Batman through and through. It had every major villain, was great for all ages, and had the perfect mixture of dark detective tales and superhero action going. Almost every episode was a winner in some way.

Let’s try Superman. Richard Donner’s film version was still the live-action benchmark in terms of what Superman should be. However, the Superman Adventures series still looks damn fine too and easily has the greatest version of Lex Luthor of all. DC even carried on in that vein, with the Justice League series which was good too. Justice League Unlimited, which had some incredible story arcs and introduced new fans to some of DC’s lesser-known characters, was even better.

It’s a shame that the DC Animated Universe of that era folded because it was one of the best overlapping runs ever, tying in everything from Batman Beyond to Static Shock to make one giant cohesive exploration of all aspects of what DC had to offer. It was good for old fans and new ones and stands apart as something truly wondrous.

The only DC animated show since then which has even attempted to tap into that mentality of exploring little-used characters was Batman – Brave & The Bold, which went out of its way to focus on more obscure superheroes. Often considered lightweight, it still had much to offer the viewers. Story arcs such as Starro the Conqueror sneakily delivered thrills and shocks and proved there was more to it than just cheap jokes, while its development in building a Giffen/DeMatteis/Maguire-era JLA was exceptional.

Marvel’s various X-Men animated series have flown the flag for the mutants with varying success over the years. While X-Men – Evolution seemed to have an odd premise, even that show managed to get things right as time went on. In general, their superhero cartoons have had similar fortunes. From The Incredible Hulk and several Spider-Mans to The Fantastic Four and the goofy SuperHero Squad, their quality has been everything from fair to excellent. Yet they’ve struggled to get them to gel. That is, until now.

Ultimate Spider-Man was the first in what’s now become a stable Marvel Animated Universe, tying in the enjoyable Guardians of the Galaxy cartoon series, the decent Hulk and the Agents of SMASH, and Avengers Assemble.

My problem is with that last one. There already was an Avengers cartoon and a good one at that. It was called Avengers – Earth’s Mightiest Heroes, and while it may not have fitted in with the new plan it was the best primer for newcomers to the Marvel Universe and was superior to what succeeded it.

Starting with individual introduction stories for each character to show what made them tick, it took more than a handful of episodes just to get the band together. Once they became a team the focus shifted to how they struggled to function together, from Tony Stark’s control issues to Henry Pym’s personal problems.

It had ongoing storylines, like Carol Danvers’ evolution into Ms. Marvel and Hawkeye’s determination to get to the bottom of Black Widow’s betrayal. While the stories seemed to be separate, it turned out that they were linked and a part of Loki’s grand scheme. Not only that but the first season also had an incredible cliffhanger, with Captain America being replaced by a Skrull impostor. 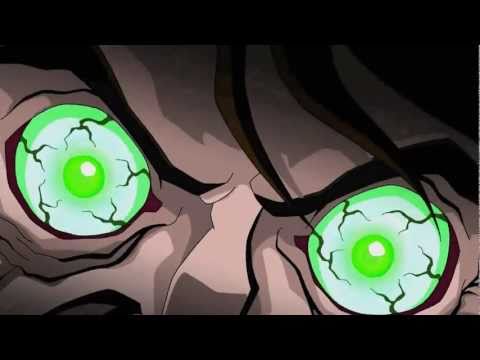 Season 2 rose the bar even higher, with introductions to characters like Iron Fist, Luke Cage, Spider-Man, the Guardians of the Galaxy, Ronan the Accuser, the Purple Man, Quake, the Vision, the Kree and more. It pulled the trigger on storylines including the Secret Invasion, the Winter Soldier, Yellowjacket, Ultron and even Galactus. It had action, adventure and well-rounded characters, while the episodic nature of it also meant that it was a genuine series worth investing time in.

Since just about everything in it was either a classic storyline from the comic books or is now being represented in the films, Earth’s Mightiest Heroes was something special. It was cancelled to make way for the next wave of Avengers on TV, something that would fit better in style. Sometimes I wonder if it was almost too good for its own good. Did the storylines spoil some of the more shocking moments in the upcoming movies? Was there a fear that viewers would see the films and remember they’d already seen it all before on the small screens?

All I know is that it was entertaining to watch and showed the scope of the Marvel Universe. It was a primer for new fans and a treat for old ones. It had characters now being seen in the Netflix shows, Agents of SHIELD, the existing movies and the ones to come. If you want to know what lies ahead, look back on these as well as the comic books.

Yes, it was a superhero cartoon, and it didn’t need a fancy term to make it legitimate for fans. It was a high-quality show that stands with the best adaptations.

Can The Avengers: Earth’s Mightiest Heroes get some love?