Home > Movies > Shake It Baby! Duke Nukem Is Getting A Movie

Shake It Baby! Duke Nukem Is Getting A Movie 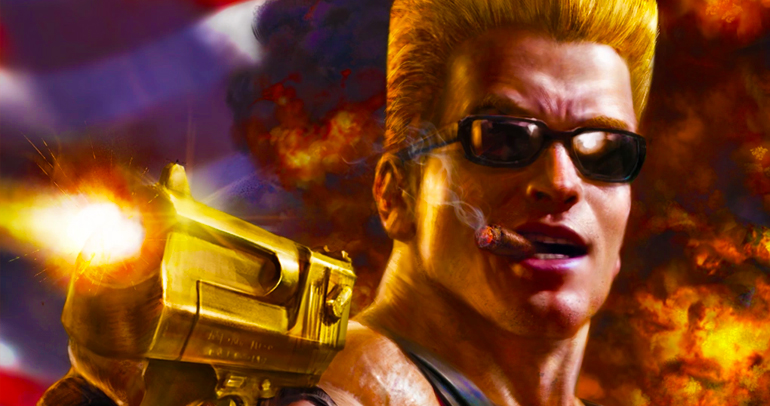 Back in 1991, when 3D Realms’ Duke Nukem was first released on PC, many gamers could imagine Arnold Schwarzenegger playing the role of tough guy Duke. Now, 26 years later, Arnie could probably pass as his father. It’s taken a long time to happen, but it looks like Duke Nukem is in early development.

“We’re working on Duke Nukem! I can’t announce it, but it’s blown my mind, there’s been a lot of production companies have come at us. We’re putting together a deal right now with a major motion picture studio; I’ll tell you off the record if you want to know,” said Gearbox Software CEO Randy Pitchford. “It’s the exact right people that should be doing a Duke Nukem film and we’ll see what happens. It’s unbelievable, I think that’s very likely a thing.”

Pitchford also went on to announce a Borderlands movie:

“We’ve been developing scripts and the strategy that we’re on right now is, that it’s obviously in the Borderlands universe, but rather than retell the stories that were in the game, we’ create new stories so that the films will have their own film canon. We’ll use all the characters and scenarios, it’s similar to what Marvel is doing. You can read any particular film plot in a comic book, but there’s a lot of characters, themes, and in fact, some of the situations are represented.”

While it’s all good news for gaming fans, it will be a while before both projects get the greenlight. However, Duke Nukem fans might not have to wait so long to see the character on screen as he is due for a cameo in Steven Spielberg’s Ready Player One movie out in 2018.

“It’s time to kick ass and chew bubblegum, and I’m all outta gum!”