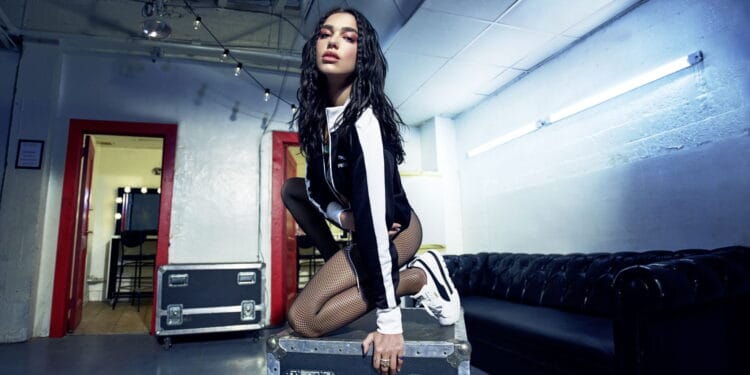 In late 2020, PUMA announced its partnership with brand ambassador Dua Lipa. For their latest drop, the brand announced their first solo release through the partnership. The PUMA Mayze sneaker has been announced.

The PUMA Mayze was designed with a bold and edgy aesthetic in mind. It’s made for those who embrace the spotlight, on stage and off. 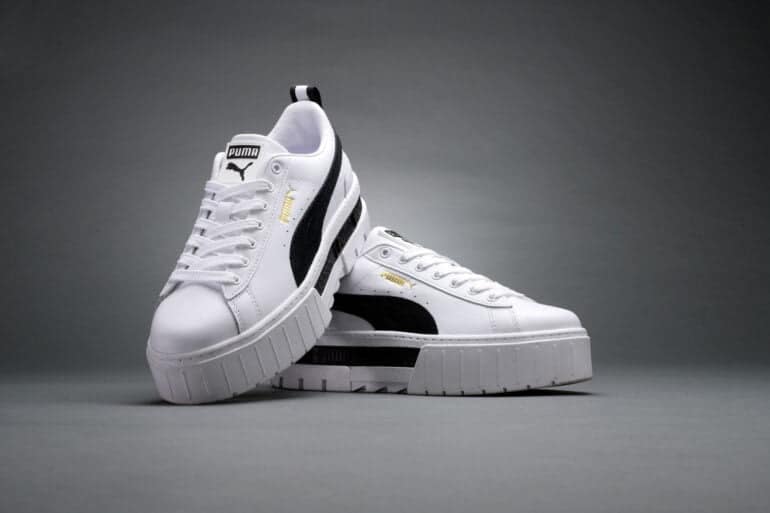 Based on a mix of archived sneakers from the past, the PUMA Mayze features a contemporary style with a stacked midsole. The midsole is based on a split, derby construction. A TPU piece is added to the heel, with a heel tab to round off the look.

The upper is a conjunction of the brand’s leather construction from various archived sneakers. It is featured in an all-over white leather upper. In contrast, it sports a brushed leather Formstrip in black, along with other contrasting details across.

The drop forms part of a campaign that features Dua Lipa, as well as fashion photographer, Mario Sorrenti. As part of the shoot, the aesthetic is based on the backstage set. In addition to the PUMA Mayze, the pop star is seen in a layered PUMA T7 track jacket with a bikini top and fishnets. Later, en route to an on-stage moment, she’s spotted in a vintage PUMA windbreaker over a PUMA dress and zebra tights. 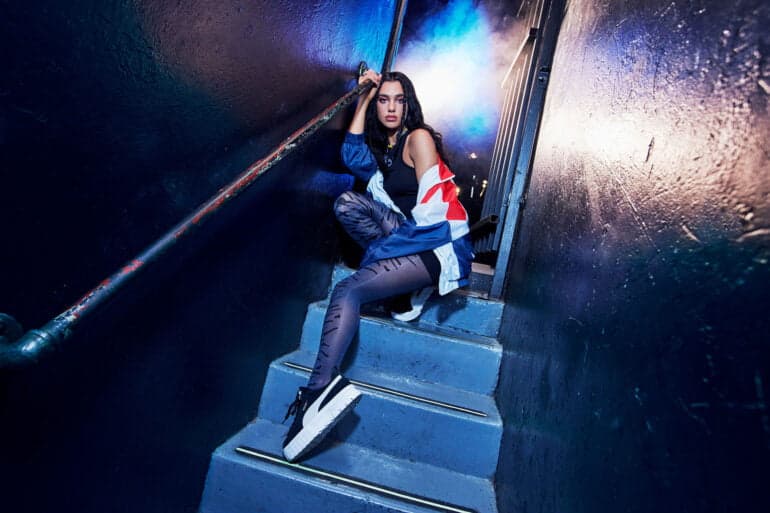 Each of these looks speaks to Lipa’s fashion style, as well as the versatility of the PUMA Mayze sneaker. It forms part of PUMA’s She Moves Us platform. As a result, it highlights some of its top female brand ambassadors to celebrate the women who have moved culture and sports forward and to inspire other women around the world.

The PUMA Mayze has a retail price of R1,899. It is available online at PUMA.com. In addition to this, it will also be available in PUMA stores, The Cross Trainer, Archive, sportscene, Side Step, Shesha and various other retailers across the country.

The sneaker is available from today, 7 April 2021.