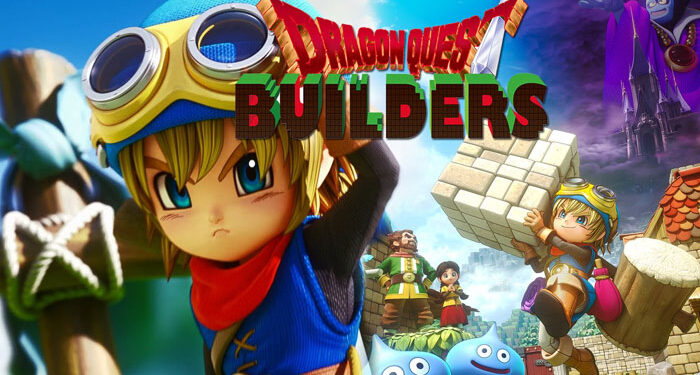 I have to admit, when I first heard about Dragon Quest Builders I wasn’t very enamored with the idea of mixing one of the most well know RPG franchises with the mechanics of Minecraft. In my mind, there was no way in which this unholy union would ever work. Oh boy, was I wrong… [dropcap]D[/dropcap]ragon Quest Builders starts off at the end of the original Dragon Quest’s conclusion.  The Dragonlord has made an offer for the player to join him in ruling half of the world or face him in battle. Dragon Quest Builders assumes that the player decided to accept the Dragonlord’s offer (which we all knew wouldn’t end well) thereby plunging the world into eternal darkness. After years have passed my character, who is referred to as the Builder, was awakened by a mysterious voice that tasked me with rebuilding humanity. Now as someone who tends to listen when a disembodied voice gives me instructions, I set out to start rebuilding humanity (of course having no idea how I intend to do this).

When I first set eyes on the world of Dragon Quest Builders the Minecraft inspiration behind its blocky, and completely destructible, terrain became immediately evident. Although the game does share some similarities to the crafting game it amazingly still feels and looks like a Dragon Quest game. You see I have a confession to make; I have never been a huge fan of Minecraft, mainly due to the fact that without any direction the game can feel overwhelming. Dragon Quest Builders addressed this issue by inconspicuously teaching players all of  its mechanics through the use of quests and the introduction of a main storyline. After discovering an abandoned settlement and claiming it for myself, I was finally able to begin constructing buildings which in turn would attract more humans to my cause. As more and more humans joined my burgeoning new settlement more quests became available for me to complete. These quests mostly consisted of killing ‘X’ monster, retrieving ‘X’ item or building ‘X’ building (I was the all mighty Builder after all). Completing these various quests unlocked new recipes and as with any good RPG netted me a reward (mostly a new interesting crafting material). I quickly found myself starting to care for my helpful, yet always demanding, fellow villagers.

Initially, I expected that building in third-person would be challenging, on the contrary after getting to grips with the controls I was constructing buildings in no time. I have to mention though that although building in third person is quite easy, spelunking and mining in third-person can be a bit of a challenge. I found myself having to continually change the camera angle so that I could see into the cave/mine I was exploring. This again took a short while to get used to.

As in real life, the exploitation of the resources on the island where my settlement was located had caused these very valuable crafting materials to quickly run out. Luckily, my new residents had me covered and assisted me in constructing a portal. As players progress they will be able to unlock new portals which lead to new and exciting islands to explore, brimming with loads of new and rare crafting materials ripe for exploitation Now, what self-respecting RPG wouldn’t give the player some monsters to fight? In Dragon Quest Builders combat is similar to what you would expect from a third-person action game. As I explored the various Islands, I was inevitably attacked by various classic Dragon Quest monsters. Sometimes killing them dropped a new material which I could use in my quickly expanding repertoire of recipes. Not only were the various monsters a threat to me while I was exploring, they also targeted my new settlement on various occasions (damn you, you evil monsters!). At first, my settlement was weak and had no defenses, we were basically beating back the threat with pointy sticks. But as I unlocked new recipes for defenses, weapons, and armor the loyal villagers and I became a force to be reckoned with, and our settlement became a safe haven.

[pullquote]In Dragon Quest Builders combat is similar to what you would expect from a third-person action game.[/pullquote]

Now being a Minecraft/ Dragon Quest hybrid, it could be expected that your character, as with most RPS’s, levels up by gaining experience from killing things. Well, in Dragon Quest Builders this is not the case. The strength, defense, and attack of a player’s character depend on the equipment that they have equipped (better armor = higher defense, better weapons = higher attack). Players are also able to increase their character’s health pool by using a special item, which is usually gained as a reward for completing certain quests. As my settlement steadily grew it gained levels, and with each level increase, I was able to construct new buildings and items. I quickly found myself falling in love with Dragon Quest Builders, a game which at first I didn’t think would be able to draw me in. Its ability to give you just enough freedom without alienating the players is commendable as I have seen many games try this and fail miserably. Although the game unobtrusively nudges you forward through the use of quests and the main storyline I never felt rushed. I could scourers the different islands for rare resources, build my settlement or just explore at my own leisure. Dragon Quest Builder is able to combine two great games yet still keep its identity as a Dragon Quest game, and I’m completely hooked. 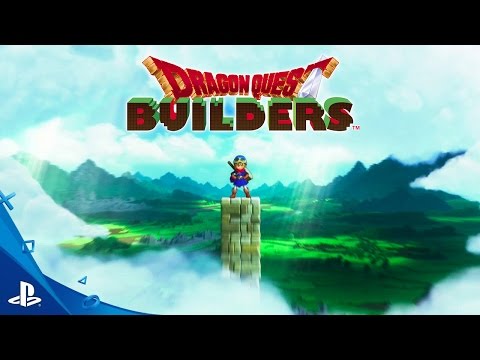