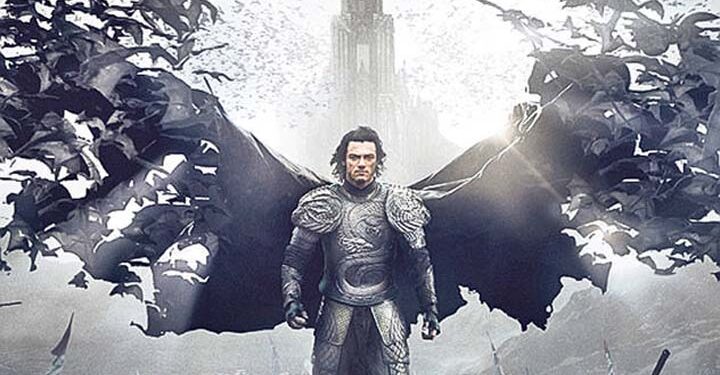 The tale of Bram Stoker’s famous vampire character, Dracula, has been the subject of many films since the early days of cinema and monsters. In Dracula Untold, the Prince of Darkness gets an origin backstory and is remoulded into an action hero, similar to recent darker comic book offerings. Like the original novel, on which the film is very loosely based on, the screenwriters have taken most of their inspiration from Vlad the Impaler, a 15th-century Transylvanian prince.

The story begins with a handsome, kind-hearted, and generous Prince Vlad (Luke Evans) ruling over his kingdom, swearing to never return to war again. He finds himself in a dilemma when an evil sultan (Dominic Cooper) demands 1000 boys for his army, including his son. With nowhere to turn, he ventures off into the mountains to ask the aid of an evil monster (Charles Dance) he once encountered. He strikes a deal with the creature, who grants him all his powers. But in order to return to human form again, he must refrain from drinking blood for three days. He finds himself impaired by the usual problems faced by vampires – sunlight, silver, crucifixes and an undying thirst for blood. As a result, audiences are treated to spectacular fight sequences (similar to any one of Peter Jackson’s offerings) where we see our hero single-handily take on large armies with the use of his newfound powers (which includes turning into a group of bats, travelling at lightning speeds, super strength, super hearing and the ability to control certain aspects of nature). Your average explosive CGI superhero flick stuff.

Those looking for a darker tale of a frightening monster will be bitterly disappointed. Instead, Dracula Untold desperately tries to humanise the character by making him a hero (there is even a moment where the Prince of Darkness prays in a church for God to help him control his lust for blood).

It seems almost out of place when you find yourself rooting for an evil figure to win, knowing what he will eventually become. Although certain aspects of the film’s goth ambience and its monsters will cause a few scares, the film sticks to its PG-13 certificate, with gore and sexual references kept to a minimum.

The real win for Dracula Untold is its lead, Luke Evans. Amidst a forgettable supporting cast, he is solid and believable in every instance, with his brooding charisma carrying the majority of the film. While he isn’t in the league of Max Schreck, Christopher Lee, Gary Oldman or Frank Langella, he simply doesn’t have the same material to work off. Nevertheless, he finds enough room to make the character come alive, with frightening bursts of anger balanced well with quieter emotional moments.

Dracula is one of the most popular and important literary characters of all-time. And unfortunately, even with the newly imagined backstory, Gary Shore is unable to offer anything new or exciting. It does enough to keep audiences entertained, but, for everything it does right, there are two wrongs attached.

Still, the fight sequences in Dracula Untold are ridiculously fun.