Nintendo has always tried to incorporate a healthy lifestyle into gaming. Even the recently released Ring Fit Adventure encouraged gamers to get off the couch. Back in 2005, the company set its focus on mental exercising too, with Dr Kawashima’s Brain Training on the Nintendo DS. It was an instant hit as gamers found themselves testing and expanding their mental prowess. Fast forward a few years later and the series is back, albeit this time on the Nintendo Switch.

So, does the new entry in the franchise add enough new elements to make it worth getting, especially for those who own the games on the DS, and is the game just as fun and addictive as its predecessors?

For those not familiar with the franchise, Dr Kawashima’s Brain Training tasks you with completing various puzzles and minigames designed to increase different areas of your mental prowess, including, memory, reactions, self-control and awareness. After completing these puzzles and minigames, the game will then test your Brain Age, which, of course, you ideally want to be as low as possible.

Each day you will be given random exercises that you need to complete, with the idea being that you see an improvement in your Brain Age after a few weeks of doing these.

HeadCount, Sudoku and Germ Buster among others make a return from previous games in the series, with new ones like Dual Task and Photographic Memory being thrown into the mix.

Most of the exercises require you to use the Switch vertically in handheld mode, which does feel a bit odd at first.

As you complete the Daily Training mode, you will be rewarded with stamps. The more stamps you have, the more exercises and minigames you unlock. You’ll start out with a small amount of these but, if you stick with it, you should have most of them unlocked in a few weeks. 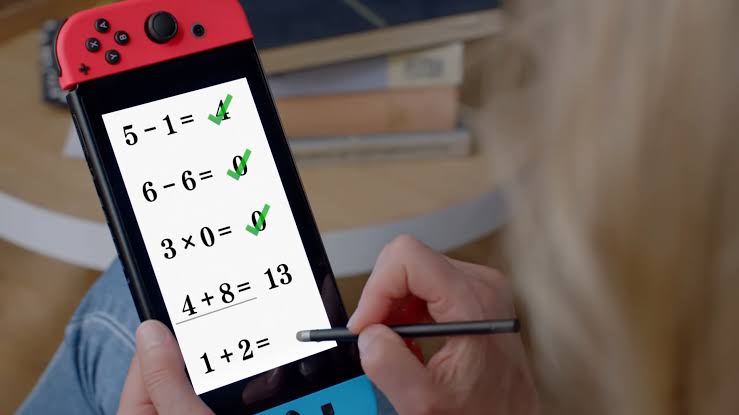 Some of the more notable exercises also use a stylus, which comes packaged in with the physical copy of the game and the Joy-Con’s IR sensor. While the stylus does work well, there were instances where the game just didn’t recognize my handwriting and I was forced to erase my answer. This doesn’t happen a lot but because of most of the exercises are timed, it can become frustrating, especially if you are doing well and suddenly you lose time because of this.

The same goes for the IR sensor, which is used, for instance, in a Rock, Paper, Scissors exercise as well as some that require you to show the answers to mathematical equations using your fingers. The sensor seems to work well when using it in areas that are not too bright, and when there is no one standing next to you giving off body heat.

Most of the issues boiled down to gestures not being recognised. Losing valuable time due to elements beyond your control in a game where it’s all about doing things as quickly as possible can become frustrating.

Besides the Daily Training Mode, Dr Kawashima’s Brain Training also includes Quickplay, which sees players going head-to-head to see who has the better mental prowess. These exercises also don’t affect your Brain Training statistics, which means you can play them at your heart’s content without worrying about how your performance will affect your statistics.

Most of the games in Quickplay mode require the IR sensor or motion controls. Unfortunately, due to the Switch Lite lacking these, this means that those who own the console will lose out on a lot of content. 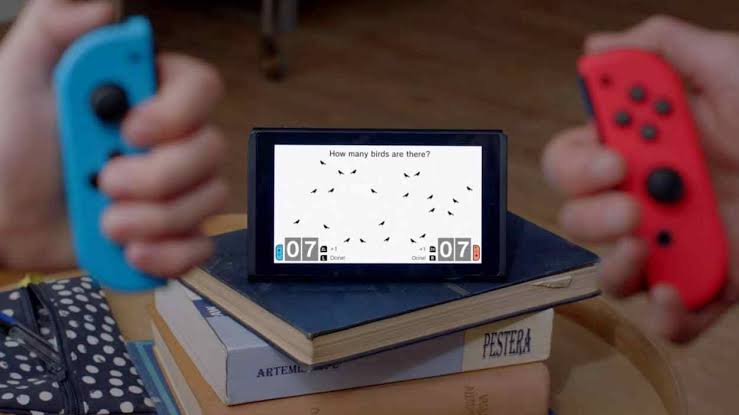 Dr Kawashima’s Brain Training for the Switch offers exactly what you’d expect from the series, albeit with a few more mini-games. The minigames and exercises are fun and challenging and I did find that sticking to my training did lower my calculated Brain Age. My main complaint boils down to the game’s recognition issues when using the stylus (or your finger) and the IR sensor.

While playing the game is enjoyable, I just couldn’t shake the feeling that it might have been better if released on mobile devices. In essence, if you loved the DS games and are willing to put up with some of the recognition issues, then you are sure to enjoy the Switch version. If not, then this might not be the game for you.

Dr Kawashima’s Brain Training does add some innovative minigames, thanks to the Switch's IR Sensor, however, it just doesn't do enough to keep players entertained for more than a few weeks.