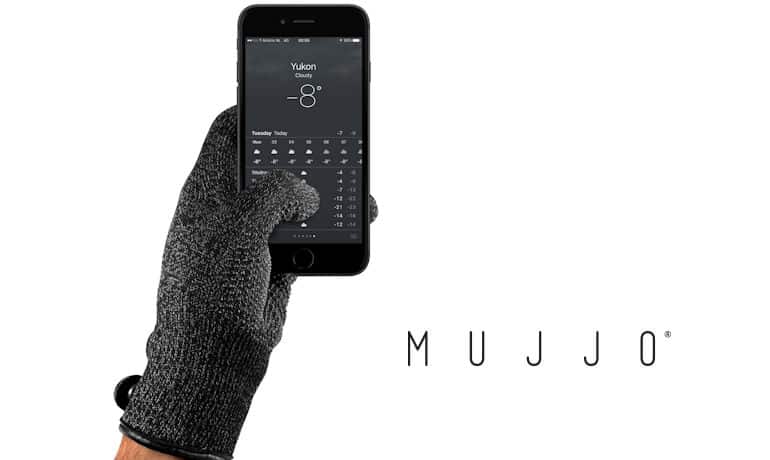 Smartphones, tablets and other touchscreen devices are common place in today’s society, so much so that households that do own a smartphone often own more than one. Interestingly, while the smartphone has engrained many of our daily lives, there aren’t many who own a pair of gloves. Given that it may not always be a big requirement where you may live, but with recent winters getting colder, the use of gloves has become more prominent. As such, the use of gloves alongside smartphones is almost trivial and yet, you can’t use most pairs of gloves on the touchscreen device due to its capacitive touch requirement.

Mujjo, a company that specialises in premium leather cases, also offers a variety of options for gloves, ranging from leather to knitted. The knitted Double Layered Touchscreen Gloves by Mujjo aims to solve the issue by providing functionality, both on the smartphone and in cold weather, as well as bring a touch of style to your outfit. But is it worth it? 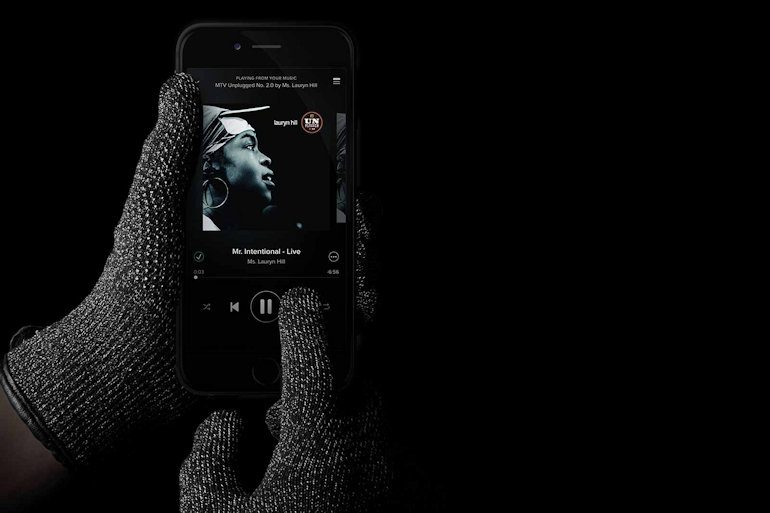 The gloves do look the part, and there’s a lot to love in the small details on the design touches. At its most basic, the gloves are made from knitted wool, and feels good and smooth on the touch. This being the double layered variation, the gloves are thicker than the standard, single layer gloves, which provides additional warmth in more extreme conditions. There’s a matte black, leather clasp around the wrist area, which is magnetised, allowing it to simply click into position when fitting the gloves. This clasp system makes it extremely easy to get both gloves on, without having to worry about high you’ll position or clamp it into position when attempting to do the second hand. There’s also a trimming of leather around the rim around the wrists, but they don’t have the same premium feel as the clasp. On the inner palms you’ll find a grip material made of silicon, which helps you grip your smartphone when in use.

You’ll notice that the outer of the gloves are a lot ‘rougher’ than the inside. This is due to the outer layer being finished off with a coating of some type of plasticky substance to provide protection from the elements as well as seal the warmth in and moisture out. The knitted finish is a mix of lights and darks, giving it a salt and pepper look on a dark background. There’s also a touch of spandex mixed in with the wool to give sufficient stretch where needed. The overall design and feel of the gloves have a very premium finish, with all of the features included are being useful and carefully thought out by Mujjo. 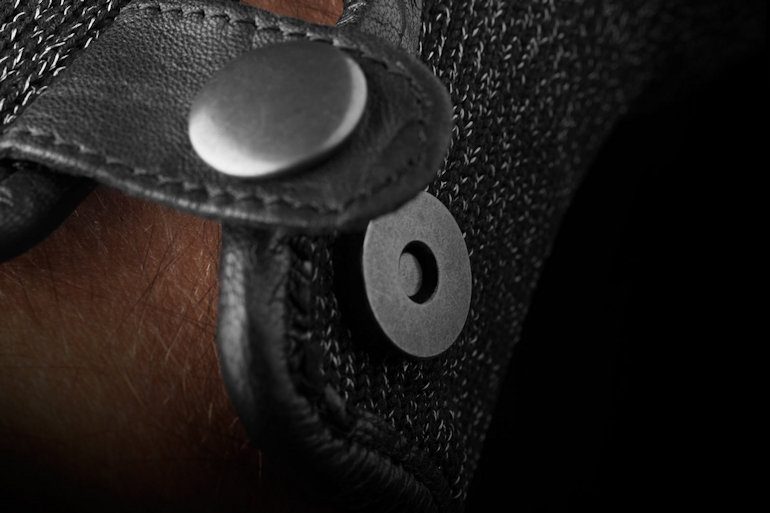 All of the features mentioned above have some purpose to it. As mentioned previously, the magnetic clasp allows you to easily attach the clasp without worrying about how tricky it may be. The palm grips allow for better holding of your smartphone, while the outer covering makes for good insulation. But where the gloves really stand out is its ability to be used on the touchscreen without needing to remove the gloves. Even better is the fact that the materials used to conduct the representation of touch isn’t isolated to a specific portion of the fingertips, but you can easily use your device as you would normally. On the odd occasion, when swiping left and right, it would register the swipe. It wasn’t very frequent or off-putting, but I do put this down to the outside of the thumb doesn’t have sufficient coating, although it is also worth mentioning that this was pretty close to the grippy portion of the inner palms. The biggest test, however, is whether it would be able to pick up the gestures and the likes with the same precision and speed as it would without the gloves. On some aspects, yes it does. Overall, though, you won’t get the perfect tactile feedback, but it does more than what I had initially expected. I was comfortable using the device with the gloves on during testing, even for some of the more intricate of touches.

During the time of review, being the middle of summer heading into Autumn, and despite heavy rain and storms, there was only a single day cold enough to warrant wearing the gloves outdoors. The gloves provided sufficient warmth when worn outside, without the slightest inkling of the cold weather. I can imagine the gloves would do a good enough job in a lot more extreme conditions, and the heat generated while wearing was quite immense after an hour or so. I can safely say that insulation and double layered approach of the gloves would withstand the extreme cold weather experienced in Europe currently, and will definitely be more than good enough for the upcoming South African winter. 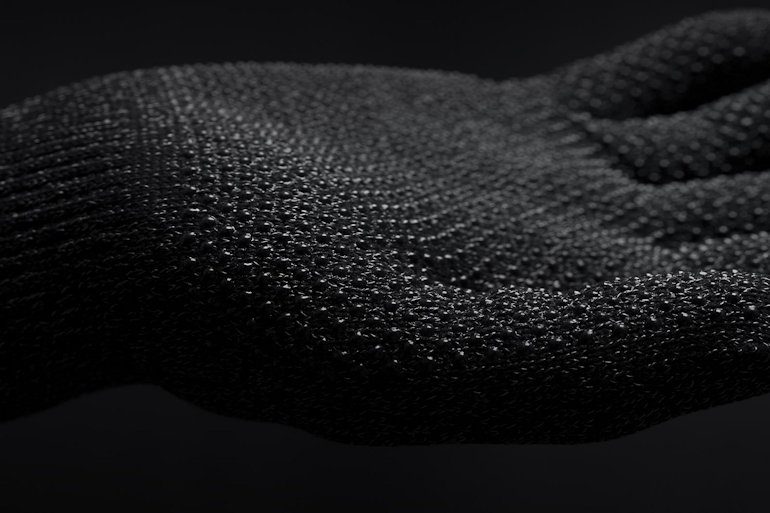 Mujjo, while most popularly known for its sleeves and leather cases, have a variety of gloves across knitted and leather finishes. While the leather gloves do have more appeal and premium look to it, the knitted variants will offer a lot more warmth in cold conditions. The Double Layered Touchscreen Gloves by Mujj is available via their online site, and can be purchased for €28.88. The gloves are highly recommended if you’re in the market or still curious as to whether they actually do work. 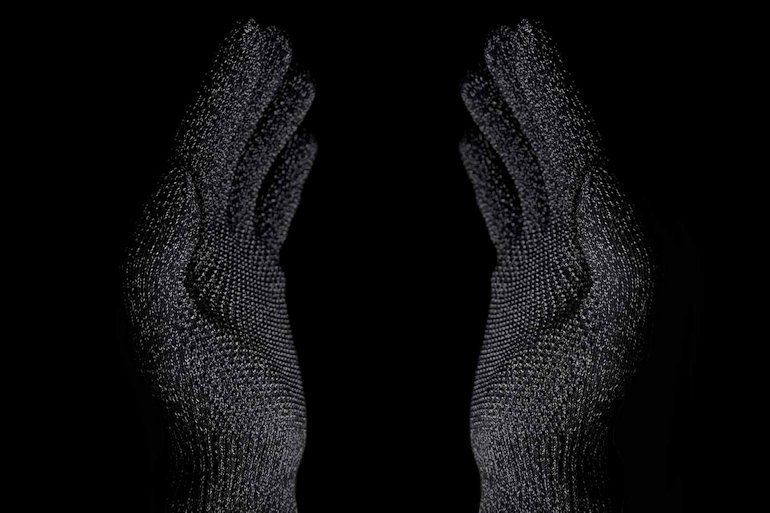