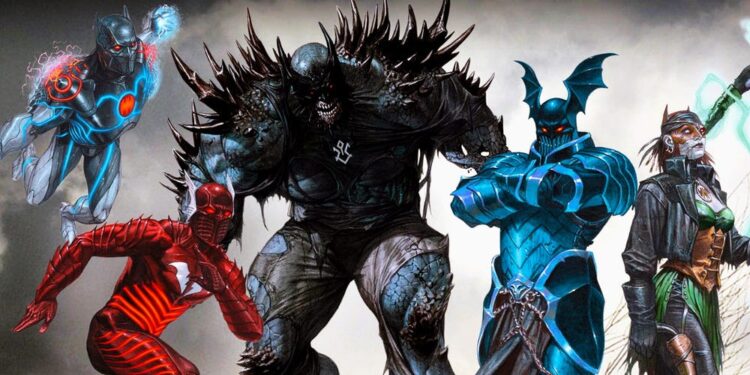 The Kryptonian monster villain Doomsday is most famously known for killing Superman, both in the comics and the recent Batman v Superman film. However, it seems Batman will be getting his own iteration of the unstoppable killing machine, known as The Devastator, in Batman: The Devastator, a METAL event.

#Batman: The Devastator Inks, layout and colors by @bdanderson13 ! I wanted to homage the classic "Batman on Gargoyle" image. #metal pic.twitter.com/6CofS9hWG9

The Devastator might just be the most frightening villain amongst the army of evil Batman doppelgangers which hail from DC’s Dark Multiverse. For those who haven’t been following METAL, there are various evil versions of Batman at large, including a Batman who has stolen Flash’s speed, a Batman who becomes The Joker and even an evil Green Lantern version of Batman. The plan is for them to battle the Justice League in the upcoming METAL series.

While we still don’t know the history of this creature, here is a first look at Doomsday Batman on the cover of Batman: The Devastator, courtesy of artists Jason Fabok and Brad Anderson: A schedule of the Nightmare Batmen one-shots: