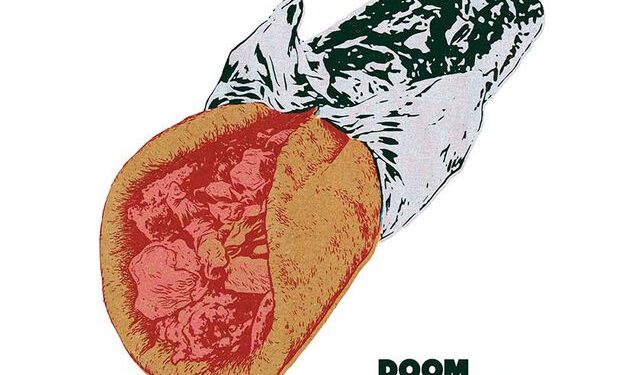 Like writer Gerard Way, I’m a huge Doom Patrol fan. They’re the hard-luck heroes representing the outsiders in society, those who march to the beat of their own drummers. As such their stories exude off-the-wall creativity and imagination. That’s a double-edged sword though, because there’s a fine line between gonzo genius and pretentious weirdness. Unfortunately, it’s a line which Way seems to cross at times. [dropcap]M[/dropcap]eet Casey Brinke, an ambulance driver with a gift for high speed racing and playing old arcade games. She has a cat called Lotion and an annoying roommate, although it’s her EMT partner Sam who tells her about how another world could exist in the gyro he’s eating. Which, of course, it does. It’s a microscopic world where Doom Patrol veteran Robotman has been waging a war, and through his actions the gyro explodes.

That’s okay, because Robotman is thrown clear of the blast, only to be run over by a truck full of fluffy toys. Meanwhile, the Doom Patrol’s chief Niles Caulder plays the keyboards, the search for Danny the Brick begins in earnest and there’s some kind of intergalactic marketing group engaged in a pitch with Moofgoobers to create Danny Burgers. Casey recovers the parts of Robotman, only to have her roommate explode after a singing telegram from Terry None arrives. First of all, credit where it’s due. The art looks pretty good, switching up styles as needed and helping to present the story in a straightforward, visually creative way. It’s the writing where the whole thing falls down.

To start with, if you’re unfamiliar with the Doom Patrol then you won’t get any explanations here. Classic characters like Robotman, Niles Caulder and Danny enter the story with no set-up whatsoever, so for new readers this is a poor introduction to the series. Likewise, in a move reminiscent of M. Night Shyamalan, characters like Casey and Terry None aren’t given actual personalities. Instead they have quirks. They’re entertaining, but Casey’s lack of interest or concern that her roommate has just exploded in front of her is an example of how false this all seems.

There are interesting ideas, but from the obvious cover to the unfocused storytelling the whole thing comes across like a case of the Emperor’s New Clothes. People can see what they want, either genius or pretentiousness. There’s a lot of weirdness, but it seems to be for the sake of being weird.

There will doubtless be many fans of it, possibly buoyed by Way’s comments about how these comic books are for “Dangerous Humans” – creative, different, unique people who think for themselves and refuse to be labeled. Except, presumably, as Dangerous Humans. However, it’s fine if others like this issue, because people can like whatever they want and it’s a personal choice.

For me though, I wasn’t impressed and that’s my opinion. I’m marching to the beat of my own drummer on that, so maybe I’m a Dangerous Human too in not liking this. But I don’t need them to tell me who or what I am, or to tell me that this issue’s writing simply wasn’t all that great. The evidence speaks for itself.