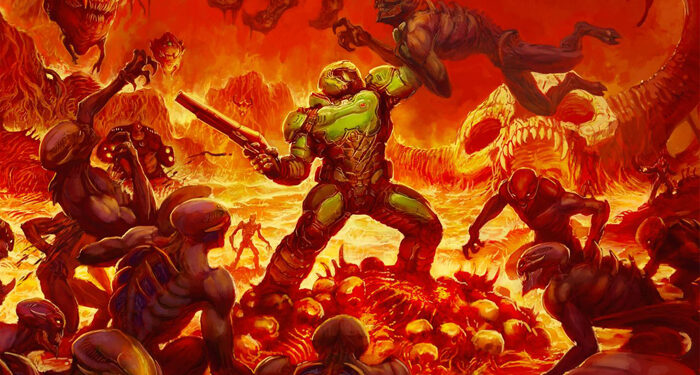 DOOM was the game series that really put FPS games in the spotlight. The new DOOM has some really big shoes to fill, seeing how highly regarded the original games were. What DOOM is about

DOOM is a game experience that is divided into three main parts. Theses parts are Single Player, Multiplayer and SnapMap Mode. Each mode brings its own unique moments of joy, smiles, and  loads of fun.

The main story is a lot better than I anticipated and really compliments the game’s narrative. As with the previous DOOM games, you won’t find yourself really focusing on the story that much, as you will be too busy killing Demons and all manner of creatures.

You play as a space marine aboard a Union Aerospace Corporation (UAC) research facility on Mars. You awake from a sarcophagus which makes it quite clear that you have been imprisoned. As you open your eyes the first thing you see is a possessed scientist trying to maul your face off. Luckily, you escape and find your pistol, along with the iconic DOOM armor. You get some help from the facility director Samuel Hayden, that informs you on what exactly is going on in the facility. Here your journey begins as you try to stop the spawn from hell from taking over the earth. The gameplay is pure insanity, in a good way. I have played some fast paced FPS games in my life, but few can compare to the rush you get from this game. The flow and speed of your movement gives you that old school retro FPS gaming feel and it becomes quite a cathartic experience. To keep the pace going Bethesda removed the need for you to reload your gun. All you have to do is find ammo, aim and just keep blasting the monsters out of your way. This was a great decision as the action is kept at a blistering fast pace and this is where DOOM really shines. But this new DOOM game isn’t just about running and gunning like the DOOM games before it. The new game introduces a mechanic called Glory Kills. Think Halo Multiplayer assassinations, but with way more gore.

To get a glory kill, all you need to do is damage a demon enough so that it goes into a stunned state. While the creature is stunned you are able to run up to it and execute a brutal melee attack. This mechanic becomes so satisfying that you find yourself preferring this method of dispatching your foes rather than using bullets. As you fight your way through the facility, while exploring its many corridors and open spaces, you will discover upgrades for your weapons and your Praetor suit (the suit of armor that your character wears). These upgrades will help you survive battles with bigger demons like the Cyber Demon and Hell Barrens.

The fast pace of the game carries over to Multiplayer as well. It is insanely quick and brutal. I had fun when I played the Beta, but I have to say that Multiplayer has been vastly improved since then. The maps just feel like they are perfectly designed to make sure that there was never a dull moment where you were looking for an opponent to shoot. The maps tend to funnel the action to specific spots making sure that there is always someone to shoot, or someone shooting at you. SnapMap is where the game will get its longevity from. In this mode, you can create your own maps and even play maps that other players have shared. You can recreate your favorite maps from the other games and create challenges for people to test their skills with. You are even able to set-up the ultimate boss fight and enable players to face this trial in co-op making it an even more epic challenge. I have spent so much time in this mode already and can’t wait to see what else will be created and published by other players from the community.

The level of attention to detail Bethesda put into the game really adds to not only the narrative but complements the overall feel of the game. If you are looking for a colorful game, then this might not be the one for you as the most prevalent color tends to be the red of al the blood that you will be spilling. The game also brings back secret levels which make exploring the environment more enticing. Trying to find the little Doomguy collection of statues are a challenge on their own, testing your parkour and platforming skills. The devs have really added so much content to game, this kept luring me back time and time again. There are also so many easter eggs to discover, some referring to other games and even ones that refer to the original DOOM

In the end, all that is left to be said is that I can highly recommend this game. DOOM has gone from a game I was excited for to one that I can see as a game of the year contender. I did find one or two issues in the game. When switching between Single Player and Multiplayer, loading can take a while, and I had an issue where the controller buttons just weren’t responding. Luckily these were rare and didn’t affect my enjoyment of the game at all. DOOM is a fast-paced, brutal game which lives up to the high standards of its predecessors. You will find yourself enjoying every moment of it as you fight like hell. 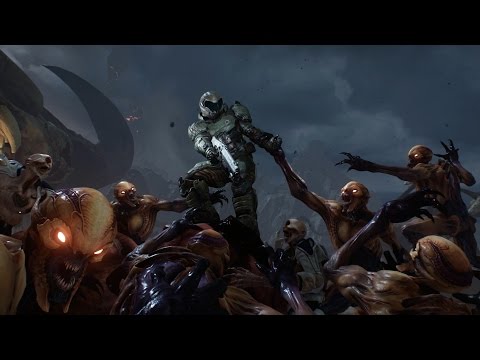