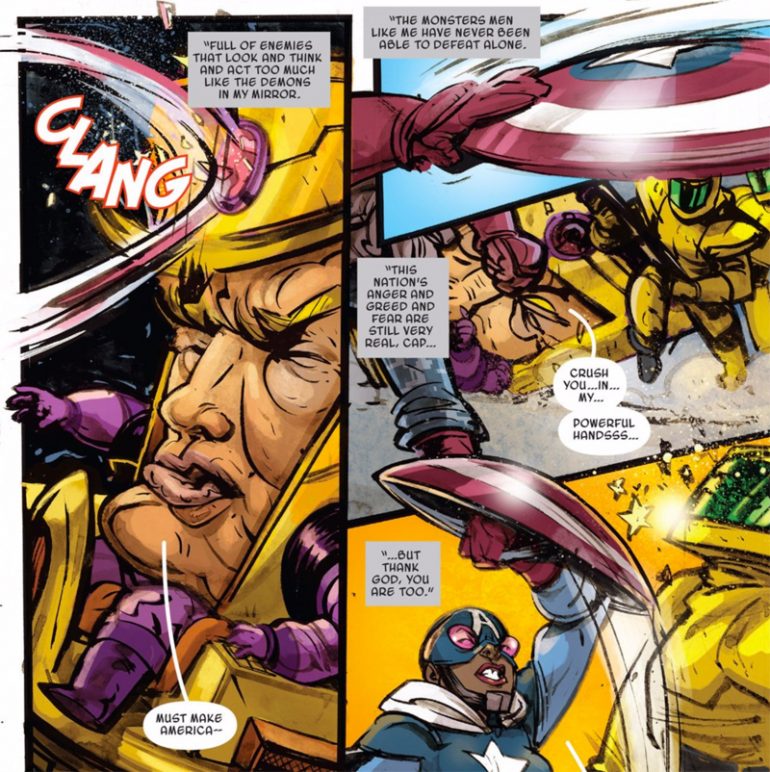 The character is called MODAAK, an acronym for Mental Organism Designed as America’s King. MODAAK appears as the iconic villain in the new issue of Spider-Gwen. The likeness is unmistakable – he looks like Donald Trump. In the story, Trump-MODAAK yells at brown-skinned people to get “back on your feet, foreign filth!” In a sneak peek, M.O.D.A.A.K. proclaims, “If America will not act, M.O.D.A.A.K. must!”

Spider-Gwen tells the story of an alternate Earth where Peter Parker’s long-time friend and once crush Gwen Stacy has become Spider-Woman after receiving the similar spider-bite that Peter had received in the original story.

Donal Trump is not the first presidential candidate or president to feature in a Marvel comic – probably not the first to appear as a villain either. Democrats Bernie Sanders and Hillary Clinton have also been given the comic book treatment before. 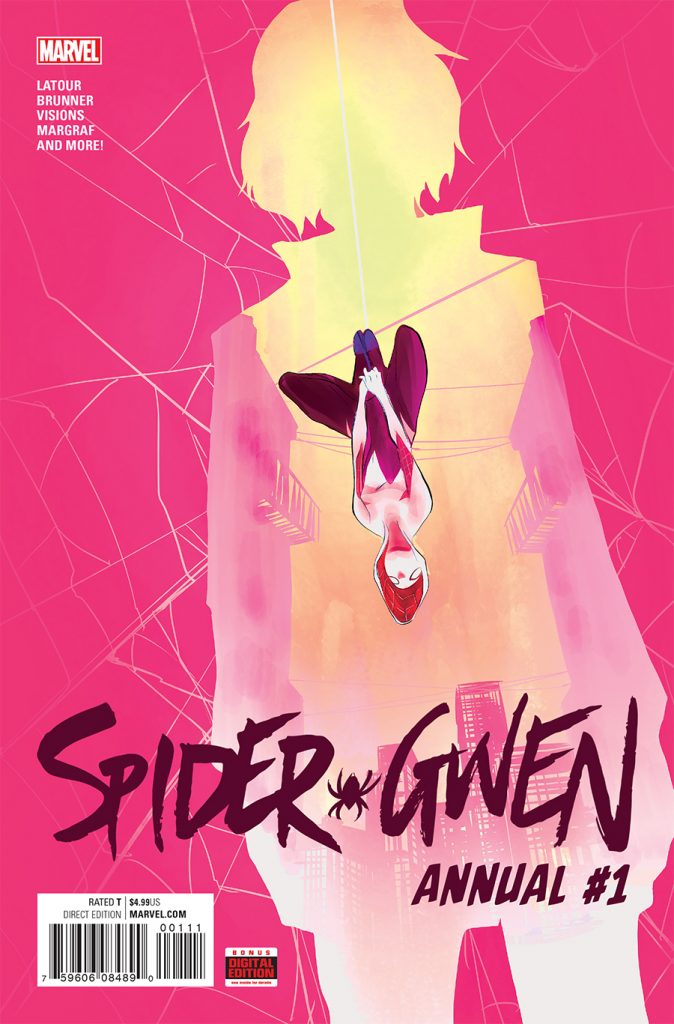 Publisher: MARVEL COMICS
(W) Jason Latour (A) Chris Brunner & Various (CA) Robbi Rodriguez
• The first ever SPIDER-GWEN ANNUAL is here and it’s huge.
•  Threads for the next year of SPIDER-GWEN are laid down here in these stories:
SPIDER-GWEN and CAPTAIN AMERICA go on a secret mission!
THE MARY JANES get loud!
CAPTAIN STACY and GWEN meet SHE-HULK?!
SPIDER-HAM!!!

What are your thoughts on Donald Trump being a Marvel comic book villain?