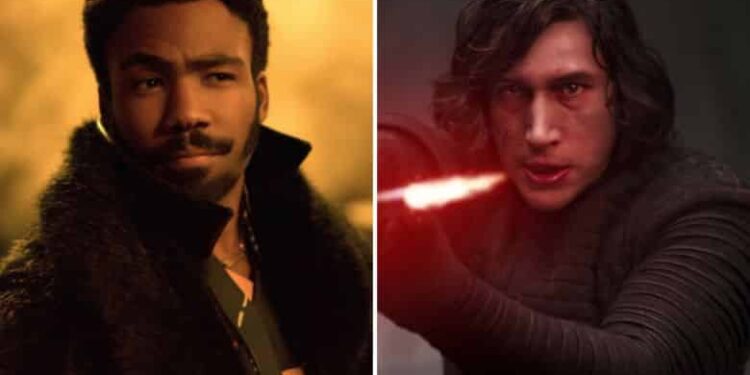 Ask anyone and they’ll tell you that George Lucas’ Darth Vader ranks up there as one of the best villains in cinema history. It’s probably easy to argue that the character is one of the main reasons why the Star Wars saga has been so great. Solo: A Star Wars Story‘s Donald Glover, who plays Lando Calrissian in the film, has a different take, however. He firmly believes that Kylo Ren is the most interesting villain in the franchise, beating out Vader, Darth Maul and even Emperor Palpatine.

In a recent interview with Noisy, Glover, a life-long fan of the franchise, expressed his love for Kylo:

“Kylo Ren’s really funny. I just think he has an interesting sense of humour. He’s intense, I get his story. So I kind of have to go with Kylo Ren.”

That wasn’t the only controversial statement the actor made during the interview either. Donald Glover also went on to mention that he believes that L3-37 from Solo is the best droid from the Star Wars movies thus far. He went on to describe the robot as “like the Joan of Arc or the Tupac of robots.”

I’m certain many fans will call his knowledge of Star Wars questionable. Most fans believe that Darth Vader is the ultimate villain. I mean half the franchise has been based on him and his family.

If you’d like to watch the Noisy interview with Donald Glover, you can find it below.