Doctor Who: The Ghost Monument Review – The Not-So-Amazing Race The Doctor’s quest to retrieve the TARDIS has gone wrong.

Teleporting herself and her three new companions into the empty vacuum of space, certain death seems inevitable. At the last moment, they’re rescued by Angstrom and Epzo – the two remaining competitors of an interstellar race to the finish line on the ruined world known only as Desolation. Epzo’s motives for winning are merely fame and fortune as he can prove himself to be the best; Angstrom, however, competes to give her family a better life. On Desolation, the final stage of their competition begins: to reach the legendary Ghost Monument… the TARDIS. With the Doctor now joining the race to retrieve her ship and bring her companions home, their journey covers poisonous seas and barren deserts protected by robotic snipers… and worse. But what happened to the inhabitants of the world? As the race to get off the planet becomes a test of survival, dark secrets are revealed and the Doctor discovers the terrifying truth about Desolation…

After the curiously underwhelming first episode of the new series of Doctor Who, this episode is an improvement. It isn’t much of an improvement, but it’s definitely enough to offer hope for the future.

The most basic improvements are cosmetic, as this episode features a proper intro credit sequence and the actual reveal of the latest makeover of the TARDIS. While the former could simply be a placeholder for now (and let’s hope so), the TARDIS itself is looking pretty spiffy and now comes complete with a biscuit dispenser built into the console.

Beyond those, more positives are the continued focus on the strained relationship between companions Graham and Ryan; the Doctor’s constantly questioning nature; and a more intriguing storyline which plays out as part adventure and part mystery set on a proper alien world. While this Doctor still doesn’t do anything which sets her aside from previous incarnations, it’s good to see her being more self-assured as she discovers her latest identity. It’s a real step in the right direction. Unfortunately, many of the same problems from the first episode are still on display too and they need to be addressed.

This episode continues the bad storytelling habit of telling without showing. We don’t see Desolation from space or how harsh the environment is, but we’re told about it; Angstrom and Epzo’s rivalry and motivations are mentioned but rarely displayed; there’s discussion about fixing a broken boat, but the episode bypasses any sign of them doing the work to make it function; even the planet’s terrifying history is narrated as opposed to presenting actual evidence of it. Doctor Who tends to deliver exposition-driven stories as standard but, usually, there’s some visual payoff to match it; here there’s little of that.

Also, aren’t races meant to be exciting to watch? The intergalactic race itself is a bland, slowly-paced and ill-conceived MacGuffin, existing only to further a bigger story arc. As a plot in itself, it’s weak, and the resolution of it is predictable. The two primary contestants are good guy/bad guy clichés, while the moral of their story that cooperation is better than competition is mostly ignored. Characters drop clunky lines of dialogue into the mix instead of having conversations, and often act against all common sense. There’s also a battle against killer dishcloths that’s ended through a clumsily-telegraphed plot device from early on.

On the whole, this Doctor Who episode offered more good than bad… and may improve over time as the bigger picture of this series unfolds. However, it wasn’t great and missed several opportunities to truly shine. While the tone of the first episode seemed off, here it’s the writing which disappoints by not making the most of the premise’s potential. This series needs a brilliant episode to truly win over the fans, but this wasn’t it.

Close, but no cigar.

The second episode of BBC Studios’ Doctor Who Series 11 – The Ghost Monument is now available on Showmax, with new episodes out weekly. 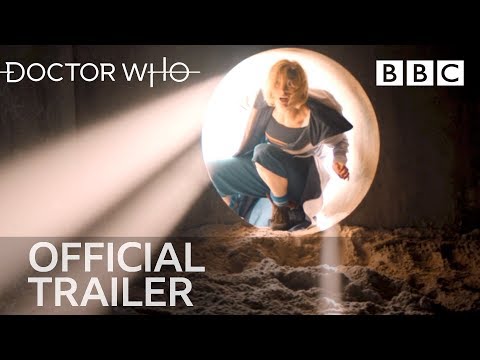 A beautiful but uninspired episode.