Doctor Who: The Battle of Ranskoor Av Kolos Review – Ending On A High Note Detecting multiple distress signals, the Doctor takes the TARDIS to the planet of Ranskoor Av Kolos – locating several crashed starships. Owing to a harmful psychic field on the planet, the Doctor and her companions must wear neurobalancers at all times in order to keep their minds intact as they try to find any survivors. Meeting a pilot suffering from amnesia, they attempt to help him but he receives a message from one of the inhabitants of the planet, an Ux: the exchange of a mysterious item in his possession for the lives of his kidnapped crew. Worse, the Doctor learns that the person behind this destruction is the murderous Stenza warrior Tzim-Sha. 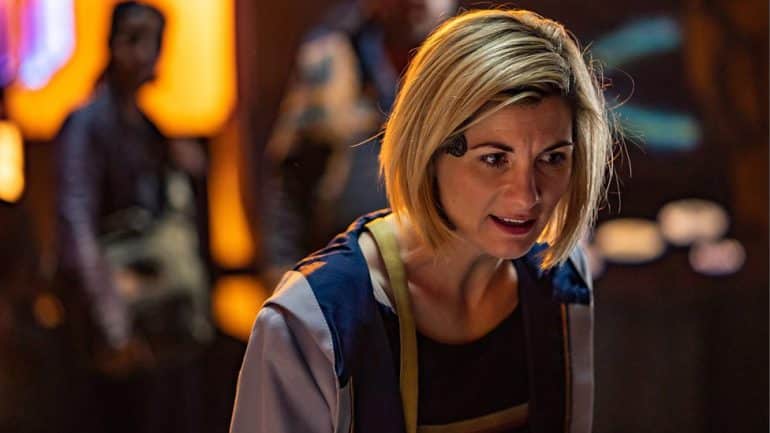 Vowing to help him rescue his crew, the Doctor and her companions travel to the source of the message – a shielded floating citadel. While the Doctor sends Graham and Ryan to locate and free the captured crew, Graham is determined to seek revenge on Tzim-Sha for murdering his wife despite the Doctor’s objections. As the Doctor herself confronts Tzim-Sha and learns the truth about Ranskoor Av Kolos and its inhabitants, she realizes that the fate of many worlds rests on her actions. But can she find a solution that doesn’t violate her moral code?

…this is one of the more entertaining stories so far…

This is the last episode of Doctor Who for the season, not counting the upcoming New Years special, and it’s been a bumpy ride full of missed opportunities and weak storytelling. Yet this is one of the more entertaining stories so far. It also offers up one of the best displays of the latest Doctor, as she delivers a heartfelt speech at the end that really hits home. Is it a great episode? No… but it’s certainly not a bad one either and it’s definitely entertaining.

After the show’s initial tease about an alien world three thousand years ago populated by two religious Earth-Benders from Avatar, the narrative shifts gears intelligently enough to allow the viewer to understand that something has happened to this world over time that wasn’t normal, even by its own standards. The audience is treated to a mix of stunning visuals and some solid performances all around. Sadly though, once again, it’s the story that lets things down.

Despite official statements about this season not presenting any story arcs, it returns the ineffectual villain Tzim-Sha to the screens after his debut in the first episode of the season. For those who may have forgotten, he’s the intergalactic powerhouse who journeyed across the universe to kill The Salad Guy. Yes, that was his claim to fame. Technically, a recurring villain isn’t a story arc in itself, but since his whole plan involves a long-term revenge scheme, the kidnapping of planets and plenty of rambling exposition it’s near enough.

It’s unfortunate that this episode relies heavily on coincidence and the audience’s forgiving nature.

It’s hardly surprising that lots of fans saw his return coming since the beginning, so it was hardly the surprise reveal the show was probably going for. Still, he’s certainly better here than he was before even if all he does is complain while sucking on a hosepipe.

It’s unfortunate that this Doctor Who episode relies heavily on coincidence and the audience’s forgiving nature. For Tzim-Sha to happen to appear on a world inhabited by a pair of gullible religious Earth-Bending Ux who instantly assume he’s their god – regardless of how his plans are against their own beliefs – is pushing things. For three thousand years the Ux blindly obey him even if it contradicts their own common sense for no reason, yet all it takes from the Doctor is a two-minute chat about how he’s a bad guy to change their minds. Really? More than that, Tzim-Sha exacts his all-consuming revenge on the Earth itself… but not immediately and he attacks several other planets first, even though he’s had the chance all along. 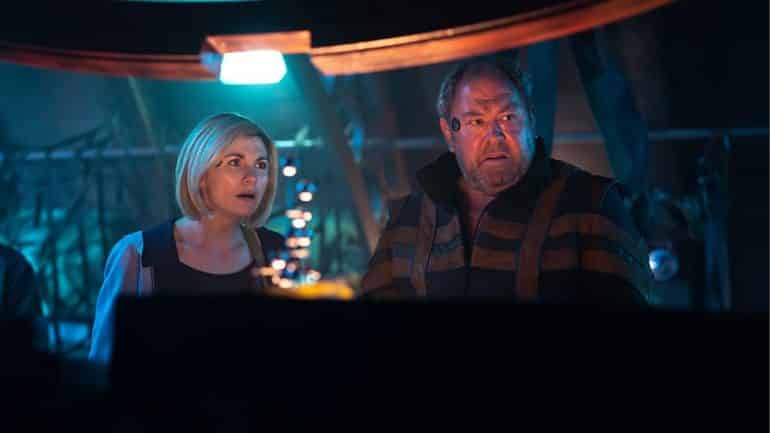 Also, apparently viewers are supposed forget about the terrifyingly deadly consequences of the planet’s psychic field.

When it comes to suspension of disbelief, the plot struggles to even get off the ground. Which is a shame, because the alternate development of an alien culture owing to a religious misunderstanding could have been fascinating. While the message behind it is clear, it’s clumsily handled.

When it comes to suspension of disbelief, the plot struggles to even get off the ground.

Thankfully, The Battle of Ranskoor Av Kolos offers up some impressive directing as well as some nice character work to make Tzim-Sha’s grand plan almost secondary to the big question: what will Graham do when offered his own chance at revenge too? It’s a smart counterpoint to the villain and handled well, even if the resolution is a little cheesy.

In the end, this season of Doctor Who ends on a high note. It’s smaller than the title might lead you to believe, and certainly doesn’t deliver much of a battle, but it’s mostly fun and a step in the right direction. 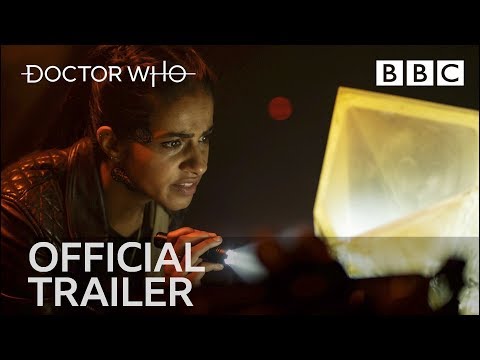 The Battle of Ranskoor Av Kolos

Greater than the sum of its parts, it’s an entertaining end to the season.