Doctor Who: Shada Review – An Essential Purchase For Whovians The Fourth Doctor, his robotic dog K-9, and his Gallifreyan companion Romana – the Time Lady – travel to 1970s Cambridge, England, in response to a distress call for help. A former Time Lord, now a university professor, has summoned them for a seemingly simple task: he needs them to return a book he “borrowed” back to Gallifrey. However, owing to his absent-minded nature, Professor Chronotis has forgotten that a young student has accidentally borrowed the book, mistaking it for a reference book on carbon dating, and it’s up to the Doctor to retrieve it.

However, to complicate matters, a megalomaniacal alien scientist called Skagra is seeking the book too, because it hold the key to finding the mysterious Shada. Shada, a forgotten Time Lord prison, is home to some of the worst criminals in the universe, and Skagra hopes to steal their knowledge and create a single Universal Mind. With the race now on to find the book and keep Shada’s location secret, can the Doctor outwit his latest enemy and save the universe? Shada is, for Doctor Who fans, something of a Holy Grail for many reasons. The script – written by Hitch Hiker’s Guide To The Galaxy creator Douglas Adams – was later recycled by the author and became the basis for Dirk Gently’s Holistic Detective Agency. This was also a story from the Golden Age of Doctor Who, with Tom Baker’s Fourth Doctor and Lalla Ward as Romana being one of the most iconic pairings in the show’s history. Not only that, but ratings had spiked to a staggering 16 million viewers.

Unfortunately, owing to strikes and management decisions, the story was never filmed in its entirety and was scrapped, with the filmed scenes simply being left to gather dust.

Now, thanks to another restoration project by the BBC and with the inserting of animated sequences to fill in the gaps, Shada has finally been released. The question now is whether it’s been worth the 37-year wait and lives up to everybody’s expectations. The answer is an awkward one, because while in many ways it does, at the same time it doesn’t.

Unlike other Doctor Who restorations, this one hasn’t added the option of watching the story in episode instalments, instead only offering it as a 138-minute film. So viewers will be in for quite a long ride… The filmed footage shows the limitations of that 1970s TV budget, and, despite some digital cleaning up of that footage, some of it still looks a little blurred around the edges. Because the show was being shot out of sequence, some of the cuts between live-action and animated inserts can be jarring. The animation itself is decent, but because it matches the look of the original footage it isn’t spectacular. As for the story itself, after a wonderfully promising start it later becomes too stretched-out for its own good.

Where it scores massively though is that, for all those faults, it’s still a story full of sharp wit and plenty of entertaining moments. The original footage shows a great deal of invention and comedic silliness despite the high stakes of the story, combining all the elements which make Doctor Who the incredible show it is. The Doctor seems fully aware of the ridiculous nature of everything going on around him, to the point where he can make fun of the ham-fisted, poorly-dressed stock villain. It’s Douglas Adams’s writing at its best.

The bonus features include an audio commentary, behind-the-scenes filmed footage of the new final story sequence, interviews, and several documentaries about the episode itself and the strikes which led to Shada being cancelled half-way through production. Interestingly, one of the most frequently asked questions in all the extra features is whether Shada would have the same legendary status today if it had been finished and aired at the time, instead of achieving mythical status as the story-that-never-was. Sadly, based on this, it probably wouldn’t.

Does Shada live up to the hype? No. Of course not. It never could, because the expectations have been blown out of all proportion. However, that doesn’t detract from this still being an essential purchase for both classic DW and Douglas Adams fans. It may not be as flashy and polished a production as the current DW series, but it’s the Fourth Doctor and one of the greatest team of companions at their best. 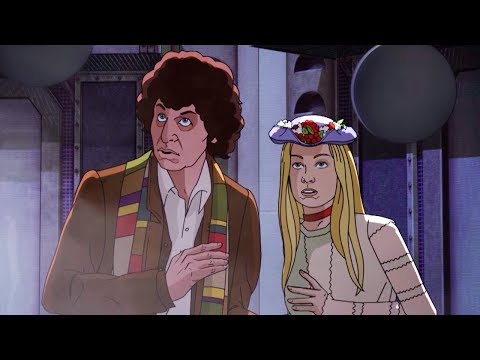