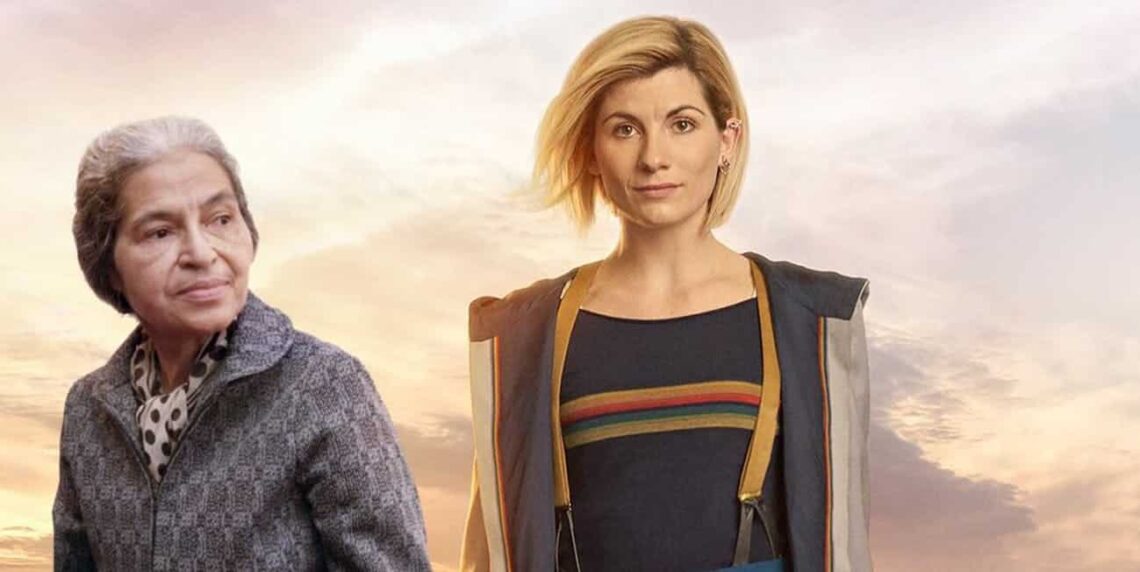 Despite the Doctor’s best efforts to take her new friends back home, the TARDIS refuses to go there and instead lands in Montgomery, Alabama in 1955. It’s a crucial time, as a woman called Rosa Parks is about to make one of the greatest displays against racism in American history by refusing to give up her seat on a bus. It’s a small event with huge consequences and one that will change the world.

To the Doctor’s surprise, she finds evidence that another time traveller is nearby. Determined to discover more, she and her companions investigate. They soon face the harsh reality of racism at the time, when Ryan is physically assaulted. When the Doctor learns of the criminal time traveller’s plan to alter history by deleting Rosa Parks’ defiance, a desperate plan is needed to ensure that events unfold as they’re meant to. But can they succeed when society itself is against them?

When it comes to a show having good intentions, it’s impossible to fault this episode. It’s a relevant, socially-conscious episode that highlights racism head-on, refusing to hold back on the message it’s conveying. It’s an important topic and one that’s bound to be too sensitive for some, and there are several key moments that so brutally honest they’ll live long in the memories of Doctor Who fans. While the subject is far too big for any TV show to handle, this episode tries and for that it has to be given credit.

Doctor Who is dismissed by some critics as being for children, but this episode proves how wrong that opinion is by covering the topic with some level of maturity. It’s easy to say that it’s just a show, but every viewer knows the awful truth: that the problem is still happening, and honest enough to point out that changes in society take time. More than that, there are some solid performances all around and the episode carries with it a sense of tension and a frustrated feeling of helplessness at witnessing social problems that seemingly can’t be solved.

Beyond all of those good points, however, there are major flaws and most of them stem from the time travelling villain Krasko. Devoid of any personality or memorable moments, his only key trait is that he’s racist just because he is. The man makes beige paint look interesting, and his plan – while an intriguing concept of “nudging” events in history to change the bigger picture – is full of plot holes that become harder to ignore as the episode progresses. Each plot hole leads to more, and the more you think about them the worse the problem gets.

When the Doctor lies about someone winning a raffle to watch Frank Sinatra in Las Vegas and that they don’t have to worry about their job… and then that person is so gullible that they believe it without question… it defies all common sense. Perhaps the scene was meant to be funny but it fails, and destroys the suspension of disbelief. At times like that, you know they’ve gone too far.

In the end it boils down to a similar issue as the previous episode of Doctor Who: there’s a macguffin of a motive and viewers are meant to ignore it; what counts is the point of the episode. In that respect the episode succeeds, despite some occasional clunkiness in the script. If you focus on the message then it works, and it works well. At its best it resembles Star Trek’s City On The Edge Of Forever – an intelligent, poignant tale that works on an emotional level and conveys its message well.

Just… try to not pay attention to the finer details of it.

An emotional episode that doesn’t quite work.