Could this be the turning point for the latest incarnation of Doctor Who, the moment when it gets things right? Maybe… as long as you don’t ask how it all works.

The Doctor has escaped from the crashing plane of evil techno-oligarch Daniel Barton and the clutches of her old rival, the Master, but now finds herself stranded in an unfamiliar realm. Meanwhile, her companions are still trapped aboard the plummeting aircraft, and even if they survive without the Doctor they’ll be hunted down by the authorities. They have no plan of action, and no friends to turn to. As Barton and the Master plot with their mysterious allies, it seems like they’re unstoppable.

However, the Doctor’s inexhaustible sense of adventure soon sends her on another unexpected journey through time. Uncovering the reach of the alien plan, her journey takes her from the 19th century and the dawn of computing with the Analytical Engine, all the way to the horrors of World War II. With humanity on the brink of being re-formatted, can the Doctor find a way to save the Earth once more? And will her companions survive long enough to finally learn the truth about the mysterious Time Lord? 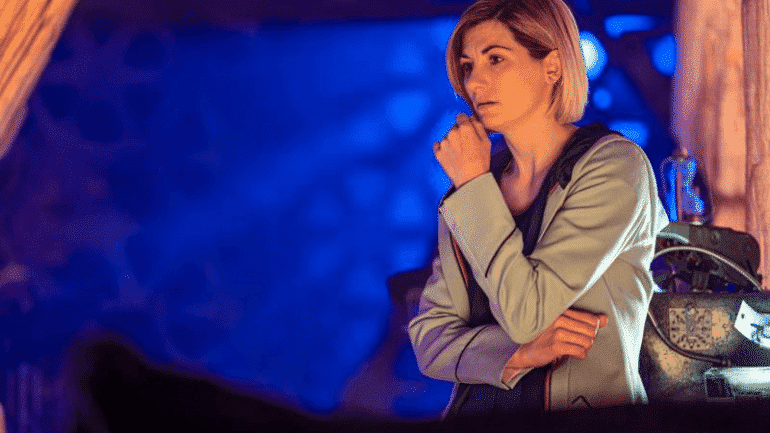 The biggest problem with this episode is there are so many plot holes and gaps in logic and common sense that it’s a miracle it doesn’t all collapse in on itself. Almost completely abandoning the James Bond theme of part 1, part 2 attempts instead to baffle with bullcrap. There’s some sleight-of-hand writing, which attempts to distract viewers from massive plot holes by explaining away the smaller ones, while piling on excessive twists and multiple storylines, but it doesn’t quite pull the trick off.

Some may point out the crazy impossibilities of Ryan, Graham and Yaz’s wild ride, how they managed to walk away from a half-destroyed plane’s miraculous landing without attracting attention from anybody, why a man seemingly in control of every country and computer on the planet is so woefully short-staffed, or why a cop like Yaz is so clueless that she keeps using phones even though she knows she can be tracked through phone calls. Simply… don’t ask. Presumably, if you ignore all common sense then it’ll all be fine. So rather move on to the plot, which is… 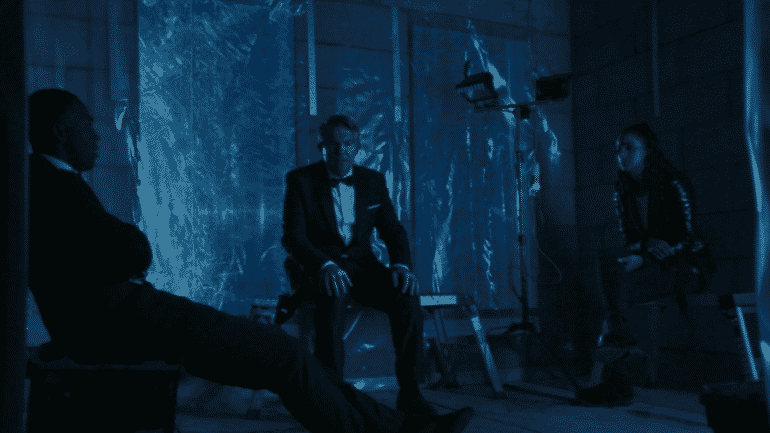 Uh, something to do with turning humans in to computers, for a race of alien spies so they can… uh… do something, for some reason. And they need to team up with an evil tech genius and the Master because, um, other reasons. Oh, and they need to do it in different time periods, while… abducting some people, presumably, and killing others for… um… just because, all while handing out glowing statues to summon them… why? Meanwhile, the Master twiddles his thumbs as he waits decades so he can crawl out the woodwork at just the right time instead of helping earlier versions of himself succeed at their own plans… uh… um…. Seriously, don’t ask. Luckily, the Doctor teams up with Ada Lovelace, who’s important to the mission for… well, actually, no reason, while the evil villain gets punished, except he doesn’t because he apparently walks away without suffering any ramifications for nearly taking over the planet.

There are all these problems and many more. The cringe-worthy laser shoes, heroes and villains both stupidly explaining their plans to their enemies, nobody minding how people are being miniaturized, no country seems to be bothered that their security forces have been taken over, there are contradictions in canon, and worse. Yes, it’s all a mess. However, it’s still a mostly-attractive hot mess. Even a weak, watered-down version of the nail-biting tension of The Sound of Drums is still better than nothing. More than that, there are some solid touches throughout.

The crisp directing and editing successfully hide some of the weakest script points. While her companions look like dipsticks, here the Doctor genuinely shines and becomes a character worth following. Yes, the Master’s routine now reeks of The Curse of Fatal Death, but Sacha Dhawan’s performance makes him a compelling and complex character who fans love to hate. And despite the lack of Lenny Henry’s screentime, he gets to deliver a fantastic speech and a warped, darkly amusing family execution. With the Bond-style plot mostly jettisoned, the episode delivers some interesting time travel shenanigans and delves in to some of the classic Doctor Who lore, setting up some interesting storylines. It isn’t a great episode, but it’s one which tries to get things back on track. It still would have been better and more effective to tell a good, simple story rather than try to cover up mistakes with more mistakes. However, there’s some improvement here – especially for the Doctor herself.

Is it too much to hope for this being that turning point? We’ll see. But maybe, like when watching this befuddling episode, it’s best not to ask any questions at all.

Another step up for the show, but full of obvious plot holes.