Doctor Who Christmas Special – Twice Upon A Time Review 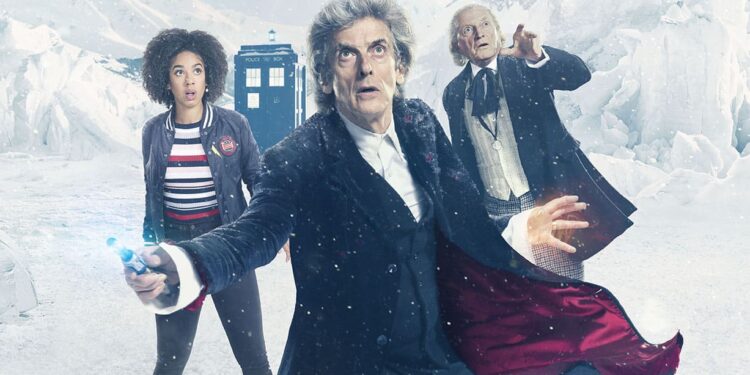 This long-awaited Doctor Who episode brings an end to Peter Capaldi’s stint as the universe’s most famous time traveller. It’s been a bumpy road, with some turning off to his brusque manner and dark humour while others have found him to be the finest Doctor so far. However, there’s one cloud hanging over this entire episode which initially has to be ignored:

The Doctor’s regeneration into his fourteenth incarnation (when including The War Doctor), played by Jodie Whittaker. Because, simply put, it’s the last couple of minutes of this episode that people are really wanting to see. Many years ago in the Antarctic, after facing the Cybermen for the first time, the First Doctor’s end drew near and he was forced to make a choice: regenerate or die. As fate would have it, the Twelfth Doctor – his later reincarnation – has arrived there too, also having recently battled the Cybermen, and also dying. His own choice, much like that of his earlier self, is one of regeneration or death. And, much like his earlier self, he has chosen to die. That is until the two Doctors meet and discover that time itself is frozen.

To solve this mystery, the two Doctors are joined by a British soldier from World War I and are kidnapped by a mysterious being made of glass called Testimony, who demands only one thing – the life of the soldier. In exchange, Testimony offers to return Bill Potts – the Twelfth Doctor’s former companion – to him. However, the Twelfth Doctor knows that Bill Potts is gone. Together, scramble to fix time and learn more about who they are and who they’re destined to become. But will the Doctors change their minds about dying and regenerate, and if so then what will come next for them? In many ways, it’s apt that this should be a Christmas episode, since that’s been the traditional time for the changing of the guard since the show’s triumphant return many years ago. One of the highlights of Christmas though is the presents and, like all good children, the audience has to be patient and watch the entire episode before they get to unwrap their shiny new Doctor. Unfortunately, that it is a Christmas episode is also one of this episode’s greatest flaws, because for the most part it simply doesn’t feel very Christmassy.

While Doctor Who has offered fans some of the greatest Christmas episodes of any TV show ever, this one isn’t going to go down as one of them. Previous instalments have had The Doctor team up with Santa, recreate A Christmas Carol and reunite families for the holiday season, yet this one leaves behind the tinsel and other trappings. Although, to its credit, it does show what was perhaps the greatest real-life Christmas miracle of modern history: the Christmas Truce of 1914.

Putting aside the Christmas aspect, however, is where the story really comes alive. Any uniting of Doctors past and present is always a cause for celebration, and no two could be more of an odd couple than the First and Twelfth. Their snide, sarcastic back-and-forth comments add so much wry comedy to the event that it highlights both wonderfully. The mystery is an odd one, seemingly simple but carrying a strong message that works on various levels. The question of whether we are the sum of our memories is an intriguing one, as both Doctors consider their place in history… which makes the audience do the same. Our memories of others, and how people remember us, is the core of this episode and it allows for some genuine soul-searching.

With some guest appearances and cameos from companions and noteworthy characters, it’s an interesting story although it does suffer a little for lacking in action. But then, the previous story featuring The Doctor fighting an army of Cybermen was his last stand and so it should remain. This episode, rather, is his epilogue and a time for reflection. It may disappoint some viewers because of that, but there’s also a great deal to be gained from it.

Ultimately, it all boils down to how we’ll remember Capaldi’s time as The Doctor. It’s been a fine performance all around, even if at times the character has been let down by a lack of memorable adventures. His final two-part monologue here – one to the memories of his companions and one to himself (and the audience) – is easily one of his finest moments, and possibly the best given by any Doctor so far. It sums up his character perfectly, with comments being serious and sarcastic, tragic and funny, and full of quiet intensity. Then there’s the moment everybody’s been waiting to see, as the Thirteenth Doctor makes her appearance. It’s hard to know what to expect from her, but it’s understated and impressive, with an attitude that brings back memories of David Tennant’s Tenth Doctor. And, of course, there’s the inevitable cliffhanger.

As a Christmas special, it isn’t much fun and feels like a let-down. However, as a final farewell to the Twelfth Doctor it’s a fitting tribute. It may be aimed more at serious fans rather than casual viewers, but it’s intelligent and touching, and incredibly enjoyable.