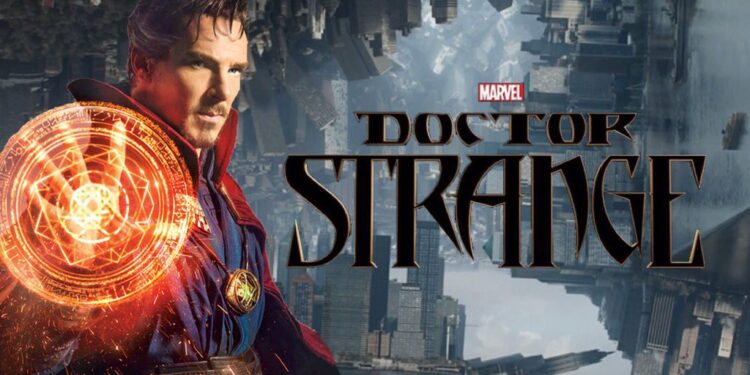 “Forget everything you think you know” and prepare yourself for a trippy kaleidoscope ride in Marvel’s Doctor Strange.

[dropcap]W[/dropcap]hen an egotistical acclaimed neurosurgeon loses the ability to use his hands, alternative treatments know no bounds. However, what Dr. Stephen Strange (Benedict Cumberbatch) doesn’t anticipate is that this career ending accident sets him on a course that will venture though alternate dimensions.

During physiotherapy, Strange learns about a miraculous case of a paralysed man who could walk within a year. Desperate to find out how, as all known Western practices proved unsuccessful, he goes to confront him. Confronted by the realisation that he himself denied the man consultation, as he was an incurable case, the notion that there are others far more advanced in his field intrigues Strange. The man tells him to find Kathmandu.

Karl Mondo (Chiwetel Ejiofor) finds Strange beaten in the streets of Nepal and leads him to the Ancient One (Tilda Swinton) who refuses to teach Strange. What follows are the exciting visual effects of astral projection, other dimensions, and, of course, martial arts training.

As with all superhero films, the story needs a main villain. We find that in prideful student turned dark magician, Kaeilius (Mads Mikkelsen), who draws power from the darkness to destroy the three Sanctums to please Dormammu for the promise of eternal life. In Doctor Strange, a self-centered man learns the value of self-sacrifice. Sound familiar? Yes, Marvel undoubtedly applies the same script format to all their films, which is really unfortunate. Honest Trailers have had a field day pointing this out. To fans, the constant spoon feeding will be insulting, but one must keep in mind that the masses aren’t clued up with regards to the origin story and finer details of the various comics.

Regardless, Doctor Strange is an easy and entertaining watch. Good performances, SFX, visual effects that that will excite the core of your inner child, light banter, and detailed costume and set design will wow audiences. The pacing is decent and leaves enough room for a sequel or an appearance in the next Avengers film. In true Marvel tradition, be sure to stay seated till after all the credits for a sneak peek into what’s to come.

Doctor Strange is an enticingly fun summer (family-friendly) film that is sure to be another box office hit.