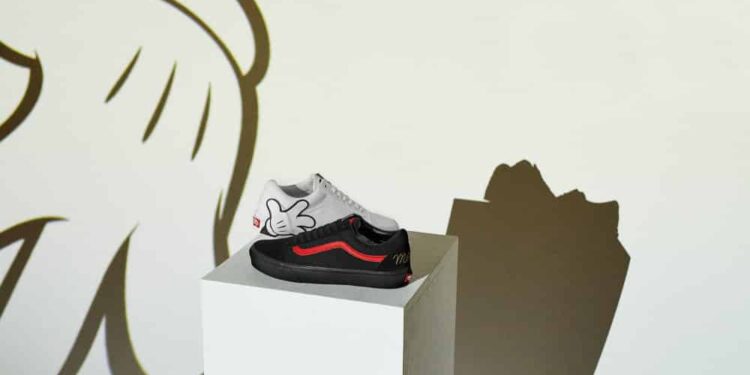 A month ago, Vans released a teaser video for their upcoming collaboration with Disney. For many in the know, they would have suspected a tie-in with this year’s 90th anniversary of Mickey Mouse since his first appearance on Steamboat Willie in November 1928. The duo has teamed up for the Disney X Vans collection to commemorate the celebrations of the beloved Disney character, by taking some iconic Mickey imagery from the archive to deliver a range of sneakers, apparel and accessories to the fans. There are 11 pieces found in the collection, spanning all the way from the 1920s to today.

Kicking off the collection is the Sk8-Hi, remastered to showcase the iconic scene from the black and white silent film, Plane Crazy in 1928 (which unfortunately wasn’t picked up by a distributor that year). Each of the quarter panels features a film scene, which is captured under a patent material, and finished with a 3D emblem on the heels. The second drop in the range features the Sk8-Hi, which draws its inspiration from the Sorcerer’s Apprentice from the film, Fantasia.

The silhouette includes a velvet upper with its quarter panels adorned with the celestial moon and star embroidery and complimented by blue suede panels and contrasting yellow stitching. The range is extended with the Old Skool sneaker, based on the Mouseketeer from the Mickey Mouse Club. The sneaker is finished with a custom chain-stitched embroidery on the back of each heel. Another Old Skool silhouette is added to the drop with a special model, inspired by 80s multi-colour themes for both men and women. The sneaker features a pink, yellow and green upper, with a design finished with a classically cool Mickey Mouse print and the Vans’ iconic Checkerboard pattern.

The collection is extended with the Mickey and Minnie duo with a punk makeover from the ’90s and featured on a flaming Checkerboard Slip-On. Mickey’s eternal sweetheart, Minnie Mouse, also received her own silhouette, the Authentic Gore, themed in a classic polka-dotted dress, and oversized bow with satin materialisation. 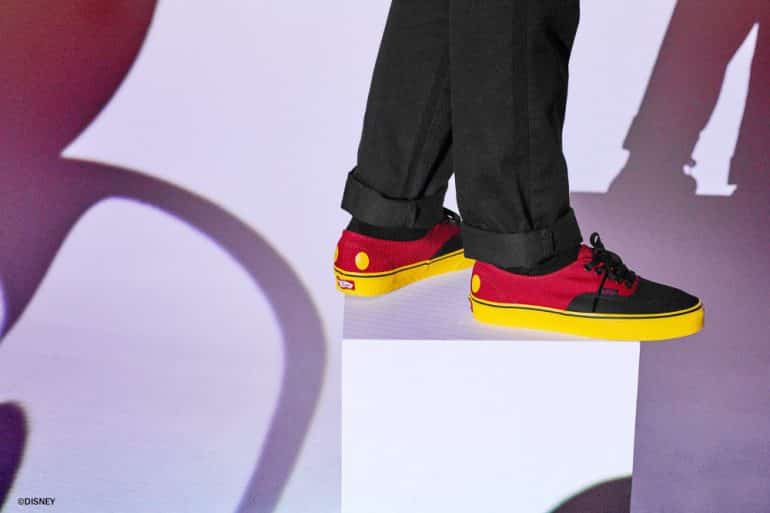 The two most iconic looks are left for last, which channel the true original himself. The Vans original deck shoe has been reimagined with the trademark Mickey colours, including a yellow sole that is complemented by black and red uppers and applique yellow buttons along the heels. The canvas rendition of the Old Skool showcases Mickey’s iconic gloves holding the media side of the shoe. Fans will have to pay close attention to find the hidden Mickey print on the tongue of the silhouette.

What’s great about the collection is that Vans has included kids and toddlers variants of the range, with some unique designs to the collection. In addition to this, each of the silhouettes featured across the men, women, and kids’ ranges is the tie-in apparel with matching themes. The Disney X Vans collection for the 90th Anniversary of Mickey Mouse is set to drop this week, 5 October 2018, and will be available at Vans retail stores and partner stores across the country.

For additional imagery from the range, and apparel, check it out here. 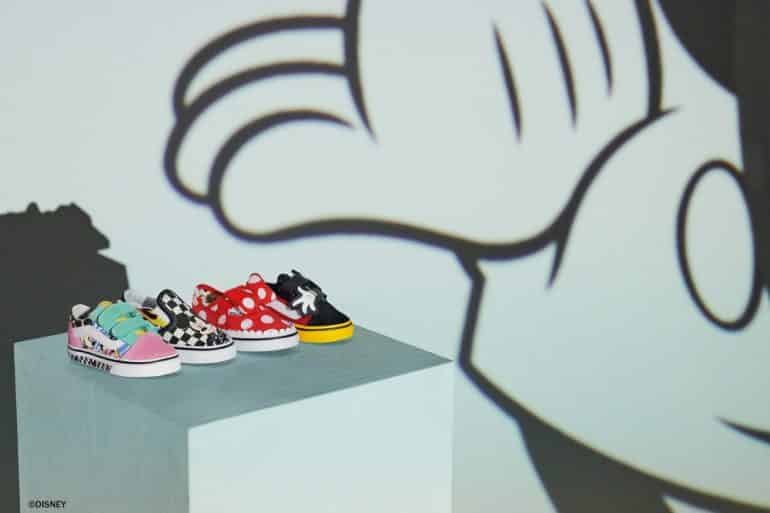