The studio delivers another classic. 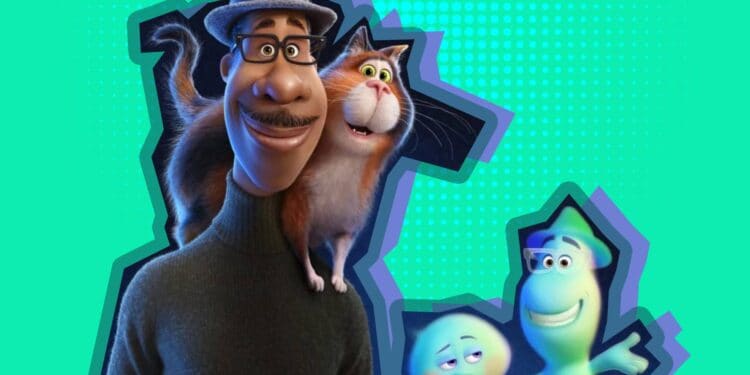 From the creators of Disney classics like Monsters, Inc., Inside Out and Up comes another imaginative animated feature film to teach kids of all ages more important lessons on life, love and loss. Disney & Pixar’s latest movie treat, Soul, combines beautiful visuals and an awesome soundtrack (composed by Trent Reznor and Atticus Ross of Nine Inch Nails) to create a fun and whimsical adventure that attempts to answer important questions about what defines our personalities.

Put simply, Pixar’s new animated movie, Soul, is about what makes you… you.

The plot follows Joe Gardner (Jamie Foxx) an unfulfilled, middle-aged music teacher who is stuck in a dead-end job that pays the bills. This is not how he saw his life panning out. Joe has been waiting all his life to get his ‘big break’ – until one day, the opportunity falls right into his lap. He gets an audition for the respected Dorothea Williams, and gets the gig. Elated by his success, Joe goes home to prepare for the big night and in his haste falls into an open sewer, and well… dies.

Joe wakes up as a soul, ready to be moved on to the ‘Great Beyond’. He manages to escape and finds himself entering the ‘Great Before’ – a place where all souls are sent before they’re born in an effort to find their ‘spark’ in order to be prepared for the real world.

Gardner is mistaken as a mentor for the young souls and is assigned an irritable youth named 22 (Tina Fey) who has no desire to go to Earth. Together, Joe and 22 embark on a journey to get him back to Earth in time for the big show.

It’s not that simple, of course, and their time together takes many twists and turns that only Pixar could think to do, and actually pull them off.

The underlying villain of the movie is Terry (Rachel House) the soul that’s in charge of making sure all the souls reach the ‘Great Beyond’ and tracks down Joe in an effort to return his soul to where it belongs.

Overall, the story in Pixar’s Soul is really great, funny and has all the Disney movie charm you’d expect. The narrative here is definitely deeper than some of their previous works (but is explained in a way that’s easy for most people to understand and follow along). Most importantly, it has characters that you become connected too.

I can also confidently confirm that all the voice performances were spot on.

Jamie Foxx as the lead was a great call. He truly helps you relate to the character of Joe Gardner and makes you root for him from the beginning right until the end.

Tina Fey as the secondary lead was also a stellar casting. Her character 22 comes off annoying at first but grows with the character and, by the 2nd act of the film, the audience has come to like the character.

Another small surprise was the casting of Richard Ayoade as Jerry, a side character charged with looking after the young souls in the ‘Great Before’. Let’s hope he gets cast more in these animated films, as his voice and humour suit the tone of the movie extremely well.

Disney and Pixar’s Soul was a welcome surprise, especially after the year we’ve all had and is worth watching with the family when the time comes. It’s a movie worth seeing two or three times.

Soul manages to capture the bittersweet moments of life perfectly. And in 2020, this animated feature proves therapeutic. It is a must-see for Pixar fans.