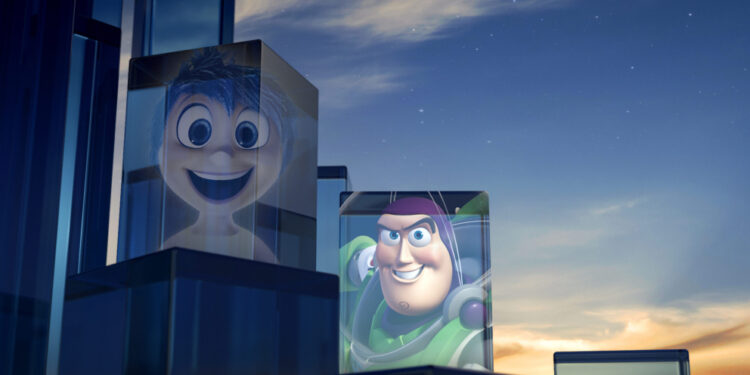 In the digital age of constant information streaming endlessly through our many news feeds, showcases really need to ramp things up. The information received at this year’s Disney content showcase was hardly new or exclusive; it also felt more kid-heavy than usual. Disney may be largely aimed at a young audience, and this is still the way many of us perceive the entertainment giant, but there is a plethora of content that targets older audiences, or at least appeals to older audiences as well. With that in mind, I’m focusing on the big tickets coming from the Disney stable that are far more likely to get us (OK, make that me) into cinemas.

Gasp with horror, but I wasn’t actually that enthralled by Guardians of the Galaxy back in 2014, so focus on the sequel failed to excite me. There’s a lot of hubbub around the film, and the showcase’s emphasis on GotG2 suggests that maybe, just maybe, Disney thinks it’s kind of a big deal too. Much as I didn’t really like the first instalment, the Rocket-Groot bromance was endearing and looks set to continue in the sequel. It also comes post Jurassic World, which made Chris Pratt even more of a star, a fact that will doubtless draw more people to the sequel (along with the legion of fans from the first film, of course).

Unfortunately, there was barely mention of Thor: Ragnarok, which was a pity considering that this instalment includes the exciting addition of Mark Ruffalo and Cate Blanchett. If you want more tidbits on the third Thor film, a good idea is to follow Marvel, Tom Hiddleston and Chris Hemsworth on social media. Their punting of the film is far more personable and entertaining than other actors and accounts that do the same for other films.

Another big deal for Marvel in the coming months is Dr. Strange. Pretty much the only reason I’ll watch this is Benedict Cumberbatch: truly one of the single greatest actors currently appearing on our screens, be they big or small. I stand corrected: the film has the added bonus of featuring Mads Mikkelsen, who does villainy so well he could give Christoph Waltz a run for his money. The trailer is also pretty fantastic and marked by the effortless humour that gives Marvel a leg up on its competitors.

The mention of impressive trailers brings me to the one thing you can’t avoid saying when you say Disney, these days: Star Wars. The latter universe returns to our screens in December, with anthology film Rogue One; but you probably already knew that.

Finally, at least for this article, there is what Disney does best: princesses. Moana,

Disney’s 56th animated feature film, introduces its newest heroine in the form of the feisty, Polynesian princess of the title. Strictly speaking she’s a chief’s daughter and not  a princess, but what makes a Disney princess is a whole other argument. With Oceania as its setting and Dwayne Johnson voicing Moana’s comical sidekick/demi-god, this one looks set to be a winner.

Moana’s movie is an original one, but in Disney’s new tradition of rehashing their old content, we’ll also be getting an old heroine very soon. With all the live-action adaptations of their classics, the question running through many people’s minds is whether Disney has become so starved for ideas that they’re simply dipping into their old creative pots. The filmmakers give all sorts of reasons for this: new technology, new audiences, blah blah blah.

These movies are absolute cash cows for Disney, but the reasons they cite for making them are still valid. The glorious work done rendering the animals in Jon Favreau’s The Jungle Book (without using real animals) was a triumph for storytelling, visual effects and the use of animals in cinema. Now (now being 2017) comes Beauty and the Beast, where filmmakers have the unenviable challenge of making inanimate objects come to life in a live-action film. This feat, along with the fact that Ian McKellen forms part of the voice cast, is reason alone to be excited about this latest adaptation of an adaptation.

In recreating Beauty and the Beast, Disney is also bringing back one of their strongest (and one of my personal favourite) heroines, Belle: the book-loving, suitor-slating heroine from 1991’s masterpiece. In Emma Watson, they have found the perfect actress for the part. From playing the brave and bookish Hermione for ten years and becoming a UN Women Goodwill Ambassador to recommending books on her social platforms, no one could be better suited.

In the adaptations, the essence of the stories, and their protagonists, remain; but the reshaping of motives and endings prove that even the best heroes can be and do more. In the live-action versions (spoiler alert!) Cinderella doesn’t fall in lust at first sight, Aurora learns the power of forgiveness, and Mowgli does not need to be “civilised”. Through their recreations, Disney is finally reflecting that not all happily ever afters have to be the same.