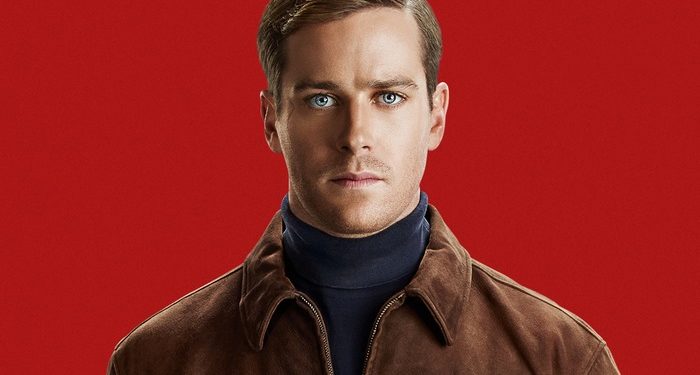 Eighteen months after the career-ending scandal, Armie Hammer is reported to be ‘totally broke’ and working out of a cubicle, selling timeshares to tourists.

Armie Hammer was considered a breakout star before his career suffered a downward plunge amid abuse allegations and other incriminating evidence that came to light regarding his romantic relationships with women over the last few years.

Recently published by Variety, there are new claims that came from Armie Hammer’s representatives last week denying that he was working as a hotel bellhop, a rumour that seemed to originate from a prank from Hammer’s friends. Variety quoted a source that cleared up the confusion by claiming that Armie Hammer is currently selling timeshares at a hotel in the Cayman Islands where he has been based for the past couple of years.

“He is working at the resort and selling timeshares. He is working at a cubicle,” the source shared. “The reality is he’s totally broke and is trying to fill the days and earn money to support his family.” These claims are slightly substantiated by Hammer being spotted outside the timeshare sales office in late June after the reports that he was working there started to surface. The source also mentioned that Hammer had been previously working as the manager of an apartment complex and is in the Caymans to be closer to his ex-wife Elizabeth Chalmer, and their two children.

The claims that Armie Hammer is ‘totally broke’ come as quite the shock considering before his career took a massive plunge, he was considered to have a multimillion-dollar career, as well as comes from family money. His family fortune is estimated to be in the hundreds of millions of dollars, due to his great-grandfather, Armand Hammer, having been an oil tycoon.

Trigger warning: reader discretion is advised for the following information as the allegations against Armie Hammer include sexual and emotional abuse, rape, and cannibalism.

Armie Hammer suffered a spectacular fall from public grace early in 2021 when various women come forward and brought to light claims of emotional and sexual abuse, including his exes Courtney Vucekovich and Paige Lorenze.

Courtney Vucekovich opened by saying: “He quickly grooms you in the relationship. He’s grooming you for these things that are darker and heavier and consuming. When I say consuming, I mean mentally, physically, emotionally, financially, just everything.

“You end up doing things that are very out of character for you, including sex acts.”

Star Magazine asked Paige Lorenze about her experience with her relationship with Armie Hammer and she shared that during their relationship he carved his initials into her skin, carving the letter ‘A’ on the skin above her pubic bone with a knife. “You can still see it,” she shared. “It was extremely painful and traumatizing. He told me that he bragged about it to his friends.”

While the legitimacy of screenshots cannot be verified, screenshots of messages that were allegedly between Hammer and multiple women appeared on social media that depicted Hammer as having cannibalistic fetishes along with rape fantasies, drinking blood, and inflicting pain on his partners. One woman accused Hammer of rape which led to an LAPD investigation. No charges were pressed after the investigation.

In June 2021, Hammer was reportedly checked into a treatment facility for drug, alcohol, and sex-related issues and he left the facility in December that same year. Despite the allegations, Hammer has denied all accusations, stating that all interactions with any women were always consensual.

After the fallout of the allegations, Armie Hammer was fired from his agency, WME, as well as any projects that he was a part of at the time. His career appears to have hit a downward spiral since.