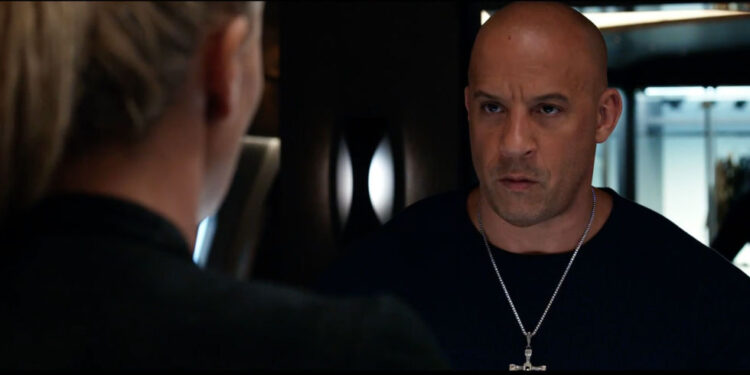 The second trailer for Vin Diesel’s Fast & Furious 8 arrives a few weeks before the film’s April 14 release date. It gives us a closer look at Dom as a baddie and the trouble the gang gets into in Fate of the Furious.

That’s right, Diesel has gone rogue in the upcoming film, which sees the speedster under the control of Charlize Theron’s character. Imprisoned Jason Statham and Dwayne Johnson are brought in to take him down. With the help of the rest of the usual cast (Michelle Rodriguez, Tyrese Gibson, Chris “Ludacris” Bridges), the gang must save the world again. With each passing film, the stakes get bigger. This time we get flying cars, tanks, missiles and just about every weapon known to man. They even have a submarine!

On the heels of 2015’s Furious 7, one of the fastest movies to reach $1 billion worldwide in box-office history and the sixth-biggest global title of all time, comes the newest chapter in one of the most popular and enduring motion-picture serials of all time: The Fate of the Furious.

Now that Dom and Letty are on their honeymoon and Brian and Mia have retired from the game—and the rest of the crew has been exonerated—the globetrotting team has found a semblance of a normal life. But when a mysterious woman (Oscar® winner Charlize Theron) seduces Dom into the world of crime he can’t seem to escape and a betrayal of those closest to him, they will face trials that will test them as never before.