It’s A Wonderful Life. White Christmas. A Christmas Carol. Rudolph the Red-Nosed Reindeer. A Charlie Brown Christmas. How The Grinch Stole Christmas. Scrooged. Holiday Inn. Miracle On 34th Street. These are all great Christmas movies, but there’s only one that gives gifts like certain death after falling from the 30th floor of a skyscraper if you’ve been naughty, and a machine gun if you’ve been nice: Die Hard. 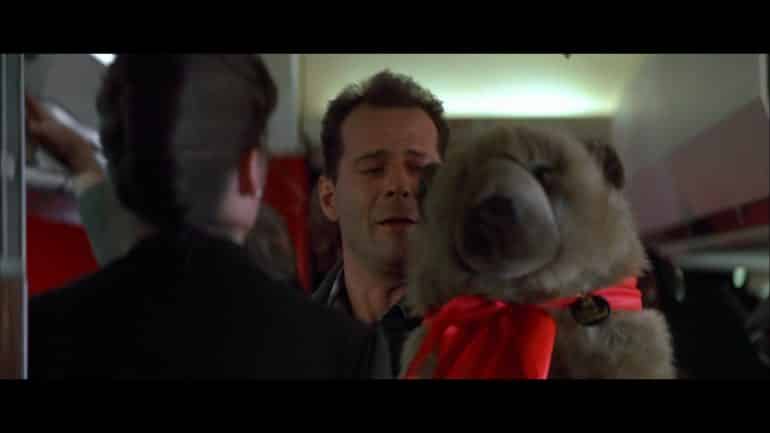 It’s Christmas Eve, and New York cop John McClane travels to California in the hopes of seeing his kids and possibly reuniting with his wife. He’s even brought a teddy bear with him, because that’s the sort of cuddly Christmas everyone hopes for. Reality comes crashing in almost instantly though, because California Christmases are about palm trees and Run-DMC, and the only snow in sight is a businessman’s cocaine. Things get worse for him when he gets into a huge fight with his ex at her work and, for John McClane, it’s about to become a Christmas he’ll never forget.

A group of heavily-armed gunmen – initially presumed to be terrorists – take over the office building where McClane and his wife Holly are, with all the building’s employees becoming hostages. McClane, being an unexpected guest, manages to slip away and it falls to him to become a one-man army in order to stop them. Communications with the outside world are shut off, McClane only has his pistol to defend himself with, and owing to some ill-timed travel advice he’s also barefoot.

With a mixture of dark Christmas humour and a serious amount of violence he manages to create mayhem amongst the criminals, and once the police in the area are alerted to the situation the holiday cheer becomes absolutely explosive. Between adrenaline-fuelled fight scenes, the tense cat-and-mouse game going on between McClane and his pursuers, and an intelligent, cultured villain as his arch-nemesis, it’s gleeful, profane-ridden bloody anarchy unlike anything ever seen before at Christmas time! 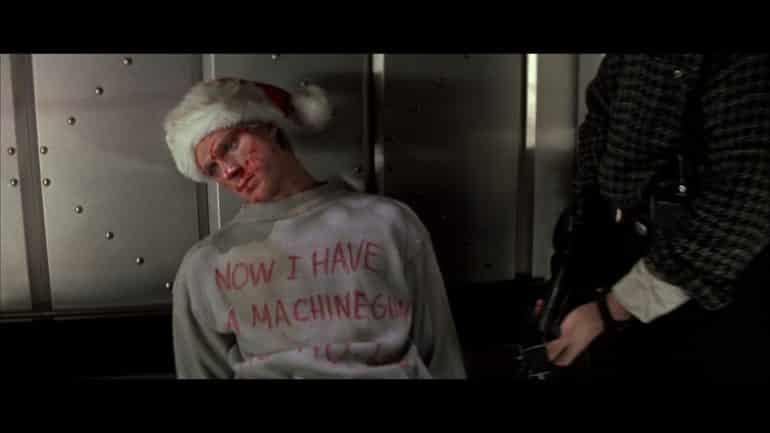 For anyone who thinks Home Alone still holds up and is the most chaotic Christmas fun on screen ever, watch Die Hard again. Kevin McCallister, for all the psychotic traps he sets for the burglars, isn’t a patch on McClane delivering a dead henchman back to his bosses or the blowing up of an FBI helicopter (complete with deadpan comedic punchline) and a multi-story explosion which blows out a chunk of the massive building. There’s gunplay, fistfights, cheap-shots and bloodshed everywhere, and all delivered with unapologetic glee. In short, Die Hard kicks Home Alone’s ass.

It helps that the villain, Hans Gruber (played by the late, great Alan Rickman), is one of the best villains of all time who switches from cultured crook to sadistic extremist with ease, and he kills people with casual playfulness. Matching him move for move is Bruce Willis as John McClane, a foul-mouthed fly in the ointment who seems to enjoy causing problems as much as he enjoys doing the right thing. He isn’t a traditional good-looking hero, he’s just some average Joe Bloggs doing his job and using a dementedly dark sense of humour to get through the day.

The real gift of this film is the setting, and no, that doesn’t mean the skyscraper (although that certainly does help). It’s clearly a Christmas movie, set at “the most wonderful time of the year”, but it has as much fun inverting all the Christmas traditions as that other great Holiday action film, Lethal Weapon. It doesn’t insult Christmas in any way, since it’s made clear repeatedly how special a time it is. But it twists things, allowing gift wrapping to become a holster for a gun, a home-made Christmas sweater to be an insulting message of good tidings, and Ode To Joy from Beethoven’s 9th Symphony is used with delicious irony.

There are plenty of Christmas movies out there, some good and many bad. But if you’re looking for one that spreads bullets, blood and good cheer simultaneously, then Die Hard is the best.