Did Rami Malek Accidentally Give The Best Joker Audition? 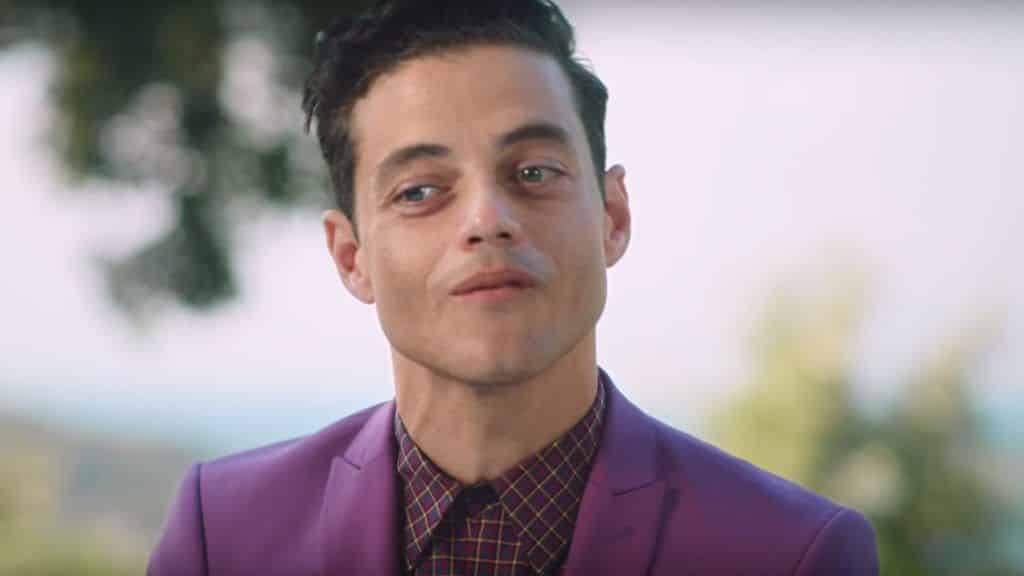 Rami Malek just might be the perfect Joker alongside Robert Pattinson’s Batman.

Fresh off his Best Actor Oscar for Bohemian Rhapsody, Rami Malek‘s creepy new video promoting Mandarin Oriental Hotels is causing quite a stir on the internet, with many suggesting that he would be a perfect candidate as the next Bond villain or even as DC’s Joker.

In the video, the Mr. Robot actor sports a purple suit, stares straight into the camera and lists a number of things he is a fan of. The problem is that the 37-year-old’s delivery comes across as incredibly strange.

“I’m a fan of Freddie Mercury and Queen. I’m a fan of my mom, she’s got my back,” he begins before his eyes wander to the left and he rolls his tongue in his mouth. It’s awkward to watch and something you’d expect from an actor playing a serial killer.

Could Rami Malek be perfect for Joker?

Of course, Twitter went crazy and the memes started rolling in, with many suggesting that the actor would be a great replacement to Jared Leto’s Joker.

And we would have to agree. Malek not only has the acting chops, but there’s something so strange about him that he seems almost too perfect to play The Clown Prince of Crime, or even Scarecrow.

Joaquin Phoenix is currently set to play The Jester of Genocide in an original origin movie directed by Todd Phillips. This film is set to release later this year on the 4th October.

Still, there seems to be plenty of room for more Jokers in the DCEU. With Leto moving on to portraying Morbius: The Living Vampire, and Phoenix most probably not returning for a sequel to the original film, there’ll probably be another casting for Joker soon, maybe even for Matt Reeves’ The Batman.

Have a look at the video below. Is Rami Malek your Joker?