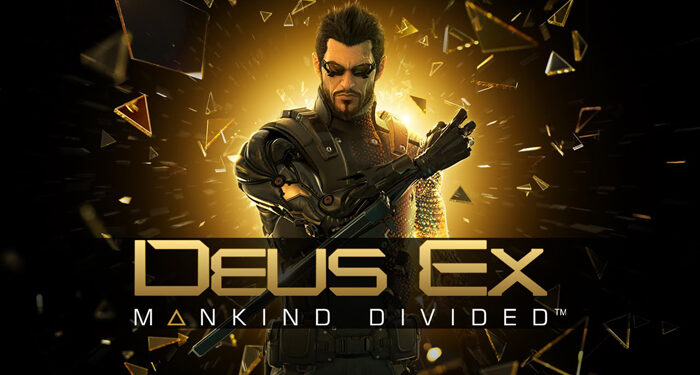 It’s been two years after the events of Deus Ex: Human Revolution and the divide between Augs (augmented humans) and Naturals (non-augmented humans) have grown even wider. Tensions are at an all-time high and it’s up to Adam Jensen, who now works for Interpol, to stop a terrorist group set on widening this divide even more. Of course, all is not as it seems, as Jensen believes that a shadow group called the Illuminati are pulling the strings behind the scenes. [dropcap]I [/dropcap] couldn’t wait to dip my toes back into the neon waters that is the world of Deus Ex. This time, the game takes place in a beautifully realized futuristic version of Prague. On numerous occasions I found myself getting distracted by the sheer amount of detail that was put into creating the city and the world of Mankind Divided. The best part is that you, more often than not, get rewarded for your curiosity as you never know what you might find around the next corner. It’s this smart design that rewards you for experimenting or just treading off the beaten path that permeates every aspect of the game.

Of course, having Jensen back means that players get a whole new bag of augmentations to play around with. Augmentations are physical upgrades that give Jensen all sorts of abilities such as temporary invisibility and increases to his physical traits. Some of the new augmentations include Remote hacking, Nano blades and Tesla burst, but to name a few. The way in which the game introduces these new augmentations and the reason for Jensen not having previous access to them is handled in a really clever way and without seeming like it was just squeezed in as an excuse to give the player some more toys to play with. Jensen is able to upgrade these augmentations as he levels up allowing players to customize these to suit their play style. This level of customization now also pertains to your weapons as Jenson can swap parts of weapons to compliment his augmentations. This level of freedom is one of the best aspects of the game. Not once did I feel shoe-horned into completing a mission a certain way. Sometimes going out of your way (and placing yourself in danger) in order to save someone could mean that they would assist you later on, or they could just stab you in the back. You never really fully know what consequences your actions would or could have. I never once felt punished for the way I preferred to play. This is a huge plus point for me as I usually suck really badly at sneaking around undetected. You see just because my play style made a bit more noise and created a few more bullet holes than when sneaking around, didn’t make it any less of a viable option at any stage while I was playing. What the game does really well is to tempt you to take other paths when completing missions. There were numerous occasions where I wanted to go in guns a blazing, but decided against it, not because the game forced me to, but because the game enticed me to try different approaches by unobtrusively showing me alternate paths or ways in which to complete these missions. The moments when I felt guilty for randomly shooting a few (ok maybe more than a few) people was not because the game wanted me to feel guilty, but because I genuinely felt that there might have been another less lethal way.

[pullquote]The updated cover mechanics ensures that sneaking around is less of a chore and a hell of a lot more easy and appealing.[/pullquote]

Of course, freedom is nothing without good level design, and Mankind Divided has some top-notch levels. Each area/level is designed with different paths in mind, and each path might require a specific augmentation. This means that some of these paths might be closed off to you completely while others might not. This again reinforces the “do it your way” approach that the game has. Each level/area basically becomes a puzzle for you to solve your way.

The addition of some new gameplay mechanics and tweaks makes playing the game feel more fluid and fast paced than Human Revolution.  The updated cover mechanics ensures that sneaking around is less of a chore and a hell of a lot more easy and appealing. Combat flow has also been improved with the transition from third person cover to first person shooting feeling seamless, even changing ammo types on the fly feels quick. I did have an issue with the storage system as inventory management felt clunky and unwieldy which meant that it was a struggle to make all my items in my inventory fit. Sure it makes sense that the game limits you with how much you can carry, it just felt like there might have been a more streamlined way in which to achieve this. When you are not shooting your way through enemies or sneaking around a restricted area you will probably find yourself in conversation with someone. I found that some of the conversations and choices in Deus Ex: Mankind Divide haunted me long after I switched off my console and had gone to bed. Choices you make in Deus Ex isn’t just black or white, it is laced with hues of grays that you sometimes only see after experiencing the consequences of your decisions. There were numerous occasions where I thought I was doing the morally right thing only to realize that this might not have been the case.

[pullquote]Deus Ex: Mankind Divide haunted me long after I switched off my console and had gone to bed.[/pullquote]

Visually, the game’s environments are stunning to look at and full of little details. It’s a shame then that not all of the character models look equally great as some look much better than others when viewed up close. The new art style tends to be a lot more varied than it’s predecessor’s gold and black color pallet, which is a welcomed change. There were some moments when lip-syncing was a bit off or where audio would disappear but I found these to be few and far apart. Deus Ex: Mankind Divided also features a new online-only competitive mode called Breach. This mode uses the same hacking, first-person combat and stealth mechanics from the main game and tasks you with completing missions. The mode focuses mainly on speed-running and beating the other player’s time and scores. It’s an interesting mode that attempts to tie in directly with the Deus Ex universe by having the player uncover new mysterious as they play.

Deus Ex: Mankind Divided is a game that rewards experimentation and exploration, and makes you feel bad-ass while doing it.  It’s refreshing to play a game that never makes you feel like you did something wrong or punishes you for playing your own way. It is a shame that the game’s narrative doesn’t tie everything up with a nice bow and sort of ends abruptly, but despite this, I enjoyed playing Deus Ex immensely and was left wanting more. 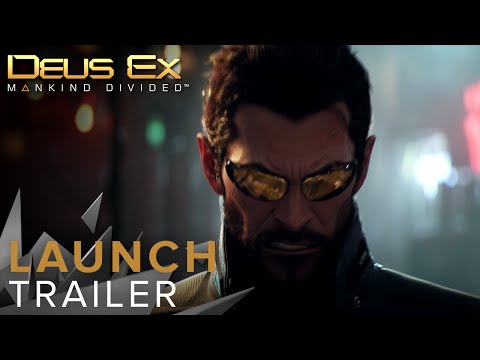