Detention is a love poem to Despair written on Quaaludes washed down with a bottle of Gin, and I freakin’ LOVE IT!

I don’t think I’ve ever made a secret of the fact that I love Indy anythings, film, theatre and especially games and I have been very fortunate lately to have been asked to give my opinion on a few great titles. 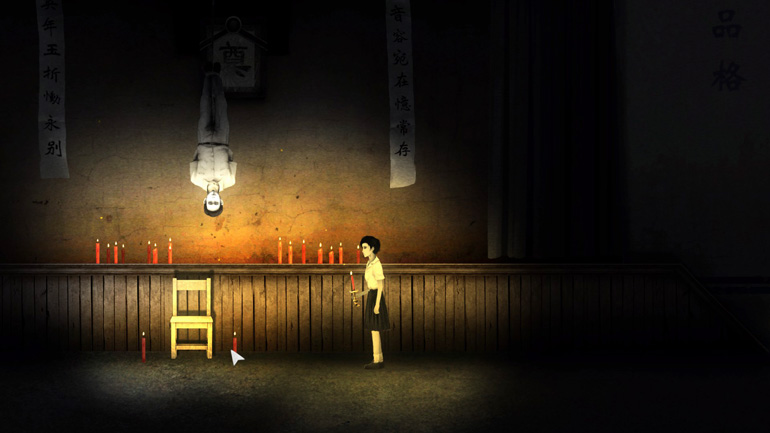 What makes Detention stand out from all the rest is the fact that it comes out of Taiwan by rising star game developer Red Candle Games.

I love the Far East. They have been responsible for some of the craziest shit to hit the world since the 70’s. Just think of the most terrifying horrors you have seen recently, The Ring – Japanese, The Grudge – Japanese, The Eye – Singaporean, Shutter – Taiwan…

Anyone of these movies will make you question your stance on compulsory psychological screening of everyone in society, and Detention will reinforce that doubt.

It’s a little bit Jacobs Ladder and a little bit of Angel Heart and it sits beautifully on that razor’s edge between reality and insanity and it drags you between the two gripping your face in terror!

There is no jump scares or huge battles, but there are monsters and rotting environments, and then just as suddenly you’re back to the world you started in, but which is the real world? The real horror comes in as you start realising what’s actually going on in this story – the forbidden love, betrayal, revenge, suicide, and almost-but-not-quite-redemption, and the best you can hope for is death and the worst is that you continue living…. Set against the backdrop of 60’s Taiwan and the period known as the White Terror, Detention serves as a stark warning of what can happen when we allow an insane minority to dictate what we can and can’t say and think and do and are given the power to punish any thought that isn’t their own. It’s the horror of such a political system that sets the stage for the events that unfold in an ordinary high school in the Taiwanese Hill country called Greenwood High.

You start out playing Wei, an average student who falls asleep in class just before his teacher, Miss Yin, gets called out of class and is asked about a certain list of books. He awakens to find his class deserted and a typhoon warning written on the board.

The game is a 2D side-scroller, so you click a point on the screen and your character moves in that direction to that point. Simple. So, you navigate out of the classroom, and you can interact with most things in the environment and clues and puzzles are revealed. You will often have to backtrack to complete a puzzle but fortunately, the whole story happens in and around the school, so keeping a mental map of the place is quite easy.

Wei encounters another student sleeping in the hall. Her name is Ray. They try to leave the school and find that the bridge has been washed away, so they decide it’s best to wait it out in the school. Ray falls asleep once again and when she wakes up, she finds Wei dead, hanging from the roof of the stage. 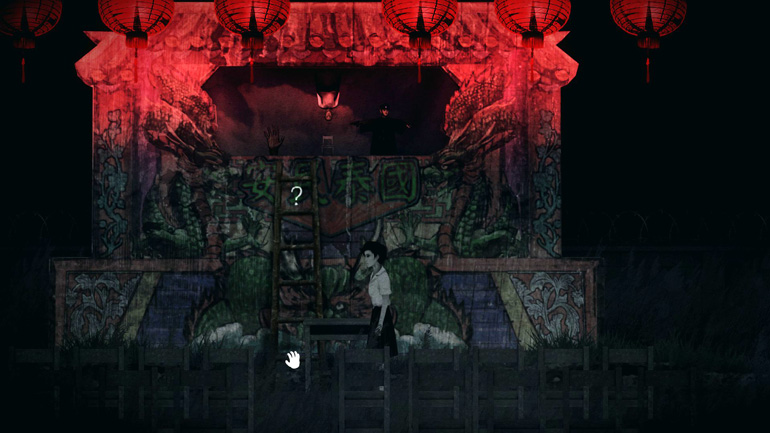 From this point on, Ray discovers clues that slowly start pulling the story together and like a person who slowly steps back from a picture, where each step reveals more and more detail, until you see the whole thing is a horrific face staring right at you, Ray begins to see the impact her rash and impulsive decisions have made on her and those around her.

It’s deeply psychologically disturbing, and the need to continue playing doesn’t come from having to defeat a boss or uncover more treasure, but from a morbid curiosity to know what happens next.

The musical score, if you can call it that, is really just more of a soundscape that’s been designed to keep you on the edge of your seat (and creep into your dreams at night, turning all the pretty unicorns into fiery-eyed Nightmares). Imagine Trent Reznor from 9 Inch Nails writing a jingle for Eugenics America. 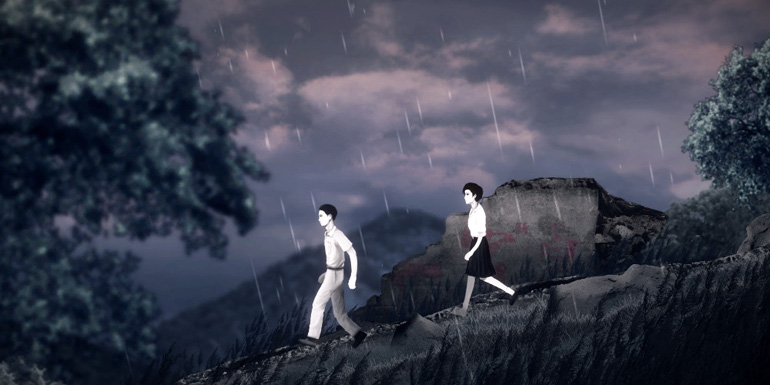 I don’t want to give too much away as far as story goes, because it only takes about 4 – 5 hours to complete, but it is beautifully despairing, like someone existing halfway between life and death and trying to find redemption before the lights go out and it’s too late…

Detention is what Resident Evil started out as, and that is a very good thing. Take away all the hi-tech science and cliched bad guys and you are left with a horrifying story of tyranny, death, ghosts and Eastern folklore. I love this game and I love Red Candle Games for making it and I would suggest you get on Steam post-haste and buy it!

There is a very good reason that at the time of release in January this year Detention topped the rankings on Steam in Taiwan, and was 3rd globally within 3 days. By February it had a user rating score of 8.4, which was the highest for the year and came in second to Resident Evil 7 on the Best PC Game ratings on Metacritic.