As a tribute to Dick Grayson’s 80th anniversary comes this special reprint of Detective Comics #38 from 1940. In it, we are introduced to Robin the legendary sidekick, who makes his first appearance as Batman’s partner in crimefighting. Dick Grayson (alias Robin The Boy Wonder) is orphaned after the mob sabotaged Grayson and his family’s flying trapeze act for the local circus. However, before long Batman recruits the young lad. Together they face off and capture the guilty parties involved in the murder of Robin’s parents.

This special edition was a great read. It is a reminder that fancy art, while nice to look at, is not essential in telling a great story. The characters, plot and artwork are all quite simple but it’s effective. 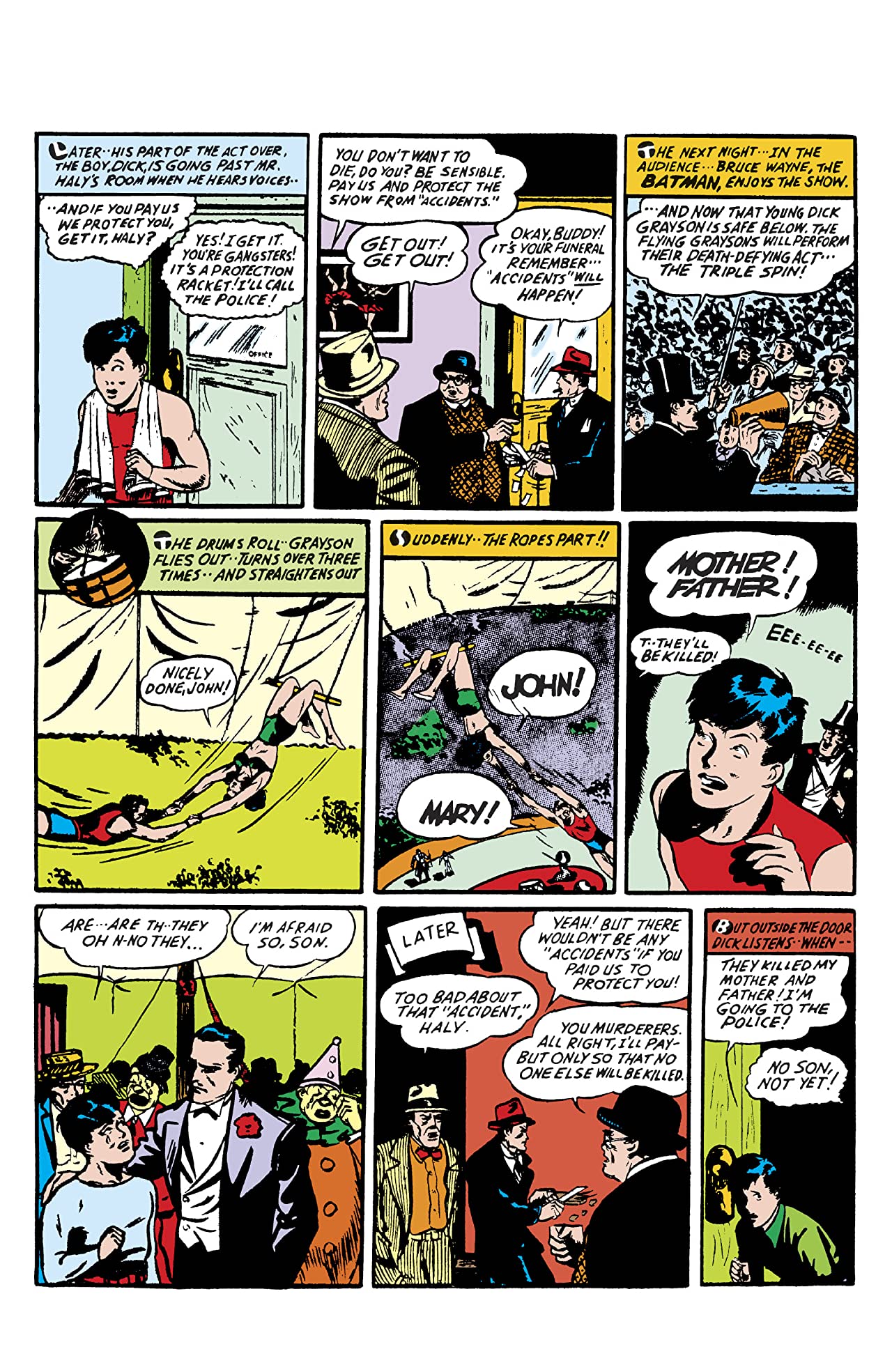 The framing of scenes with expository dialogue might be uncool in today’s world but serve to help the reader understand the plot better, especially younger readers, as well aid readers’ understanding of characters’ intentions and motivations. The pacing is fantastic and without much drama or unnecessary dialogue, the story moves along briskly and is filled with exciting action scenes.

Detective Comics #38 is a must-read for all serious fans.

The beauty of Detective Comics #38 is that younger readers, as well as readers unfamiliar with current stories, will be able to follow the story with consummate ease.