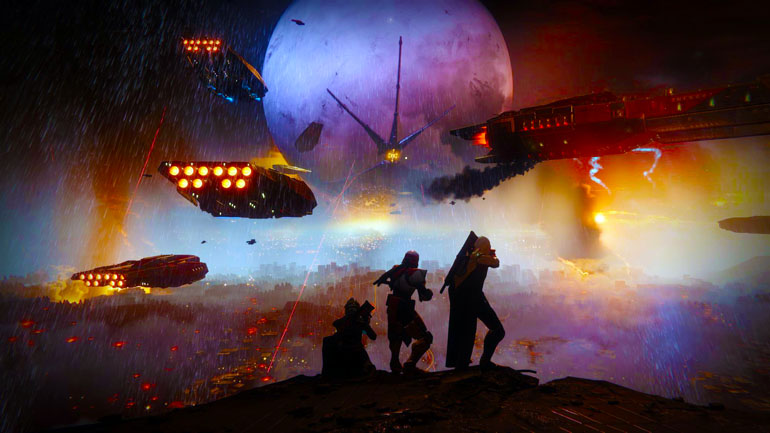 When the original launched, many thought that Destiny never quite reached the heights of what developer Bungie had promised. Although it did eventually evolve into something closer to Bungie’s vision as time progressed, there were many who gave up on the game after playing for a few months. As such, many weren’t sure what to expect from Destiny 2. Does it build on what came before or does it make the same mistakes as its predecessor? While the original Destiny did follow a narrative, I never truly felt myself caring for the characters. Destiny 2 remedies this by introducing a more narrative driven experience, complete with beautiful cinematics and an action-packed story.

The Last City is falling. The Cabal Empire’s Red Legion led by the power-hungry Dominus Gaul have come to claim the power of The Traveller for themselves. Many die in the battle with all the Guardians losing their light in the process. It’s quite a disheartening situation as each of the three Vanguards retreat into space. It’s up to the player’s Guardian, who recovers their light, to defeat Dominus Gaul and his Red Legion. While the story might at first seem like a “cut-and-paste” affair, there are a few twists and turns to keep players invested. The most compelling part of the story is, however, how each of the three Vanguard finds themselves struggling with their own personal crisis. This not only reveals more about these characters but makes them even more endearing.

While playing the main campaign is loads of fun, it does mostly boil down to entering an area killing everything that moves and then facing off against a boss. There is quite a difference in the pacing when playing alone as I found my solo adventures being a lot tenser than when teaming up with other players. And while playing solo is definitely a viable option, there are times when playing with others can be more fun and opens up a lot more tactical options. Before heading out on your quest for revenge, players will be able to decide which of the three classes of Guardians they would like to play as. There is the damage soaking Titan, the stealthy and deadly Hunter, and spell wielding space mage the Warlock. Players will be able to unlock subclasses for each of the three classes as they progress, helping them further tailor their Guardian to suit their playstyle. And while upgrading each of your Guardians is quick, easy and fun, it’s the hordes of loot that players uncover during their time playing Destiny 2 that will keep them coming back time-and-again. Managing your inventory this time around is less cumbersome as it has been streamlined making it easier for new Guardians to understand and come to grips with it. Destiny 2 changes things up when it comes to weapon load outs. Instead of the Primary, Special and Heavy weapon classifications these have now been replaced with Kinetic, Energy and Power weapons classifications. This change gives players more viable options when taking on the waves of enemies they will be facing. 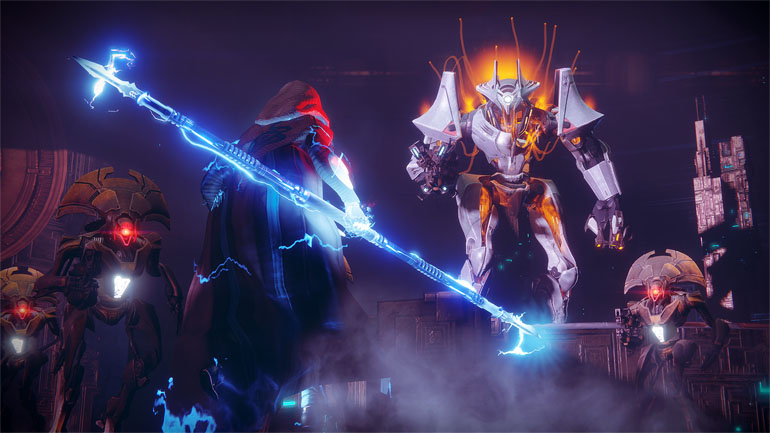 While on the subject of shooting enemies, aiming and shooting feels fantastic with traversal coming across fluid and fast-paced. I did notice that jumping can feel a bit floaty at times, which did cause some unforeseen deaths. And while Destiny 2 throws enough enemies at you to keep your blood lust satisfied, it does offer some more laid back platforming sections which allow you to appreciate the games gorgeous locales. 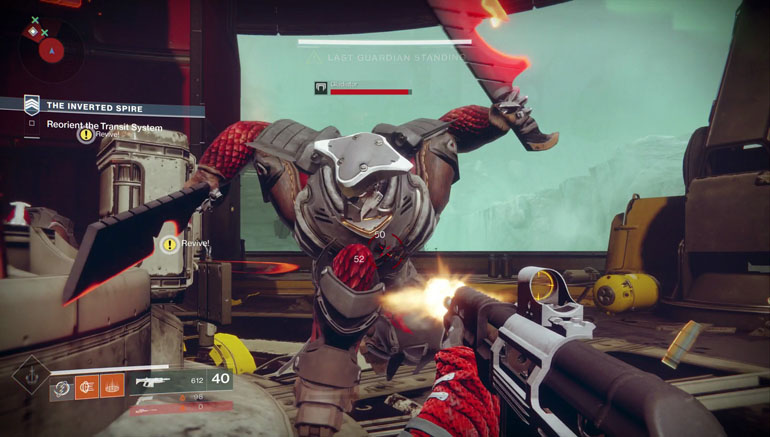 Players will get to visit new areas on Earth, Titan, Io and Nessus with each feeling visually distinct. Be it, Titans’ churning oceans or the red hued cliffs of Nessus I found myself constantly discovering something new to stare at (or kill). Without the limitations of the PS3 and Xbox 360 holding it back, Destiny 2 is a visual feast for the eyes. Each of these new areas while beautiful to look at is filled with a myriad of activities to take part in or quests to complete. I routinely found myself being distracted by a Public Event that started on my way to a quest or discovering a High-value target that needed killing. It’s this ability to distract players, especially when there is the promise of new loot, that kept me playing Destiny 2. Obviously tracking all these quests and events can seem daunting but Bungie has made this easy by allowing players to always know where to go and what there is to do. Unfortunately, those that were looking forward to zipping around on their own Sparrow might be disappointed as these only unlock after the main campaign is completed. 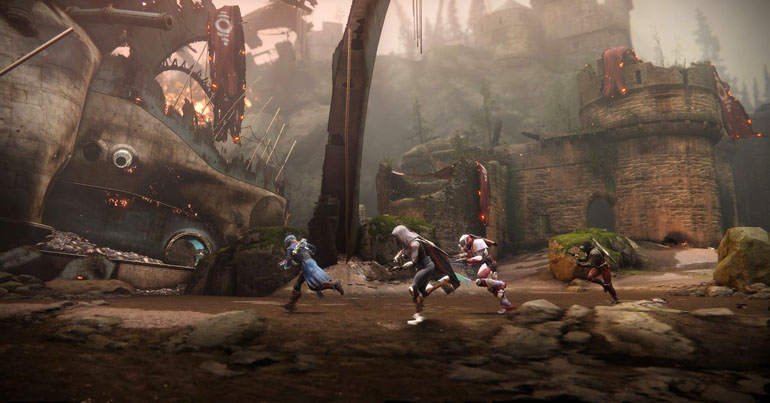 I spent most of my time completing the main campaign missions and playing PvE along with other players. There are few things as exhilarating as you and your Fireteam beating the odds to rise victorious against an overwhelming onslaught of enemies. Feeling like shooting the crap out of other Guardians? Then the Crucible, where Destiny 2’s PvP takes place, is just the place for you. PvP pits two teams of four Guardians against each other and can be quite a tense affair. While playing with others can be a very satisfying experience I found that at times PvP could be less so. This doesn’t mean that there isn’t fun to be had, but even with the matchmaking system I continually found myself being outgunned as a new and inexperienced Guardian (this could be due to my own lack of skill). I did slowly become better at PvP after many (many) deaths.

The Crucible includes five game modes, Clash (basically team Team Death Match), Supremacy, and Control (Good old Capture the flag). Strikes are also back, basically a mission where you and your Fireteam face off against a slew of challenges. It’s a mode that rewards team work and thanks to the matchmaking system you won’t have to go it alone. There are currently six Strikes available for players to take on. For those up for an even harder challenge can take on the weekly Nightfall Strikes, basically a more difficult version of your regular Strikes. It’s a great way to test your Fireteams ability to communicate effectively and work together. I’m glad to report that as a newly recruited and inexperienced Guardian, Destiny 2 has completely sucked me in. With its promise of more loot on the horizon and having a good time with others (or alone), the sequel has built upon the foundations laid by the original game. There is little doubt that Destiny 2 will continue to expand as Bungie adds new content, and I simply can’t wait. Eyes up, Guardian!