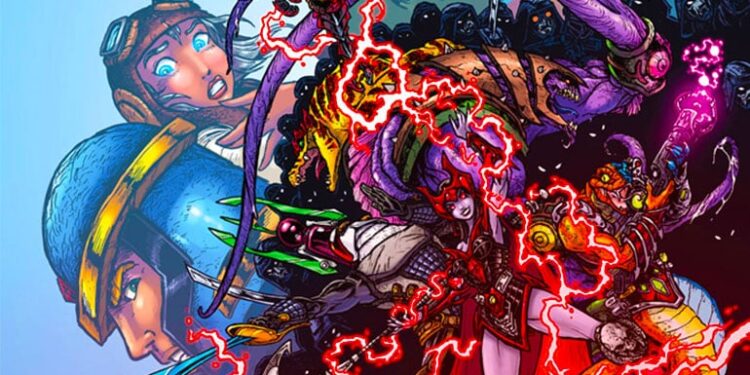 It’s time to expand your comic book collection beyond Batman, Superman, and Spider-Man. So, prepare to enter Eden! Defenders of Eden is an exciting new 24-page sci-fi/fantasy series from comic book creators Ideas From Mars.

Evil is on the move in Eden. Lady MaryWeather has taken her army on a quest to overthrow the kingdom of Neuthonia. It is up to an unlikely group of characters from all over Eden to stop her in her tracks. What comes next is only the beginning!

“Masters of the Universe and ThunderCats were both an inspiration for the fantasy world that I created for Eden. I wanted all of these characters to be interesting and unique, and have their own stories and arcs to deal with,” says Matthew Rodriguez.

The world of Eden is filled with awe and mystery, exotic locations and a vast array of colourful and unique characters from a range of diverse, fantastical races. The creative team consists of Rodriguez on the script, CJ Edwards on lineart and Andrew Cramer on colours and graphic design duties. As fans of He-Man, the trio met on the forums of He-Man.org.

“Just a few dreamers who met one day. It has been a blast having CJ and Andrew on staff to create such a wonderful world. Colourful and creative. I wouldn’t have it any other way,” says Rodriguez.

To support the Kickstarter please go to: https://www.kickstarter.com/projects/101177036/defenders-of-eden