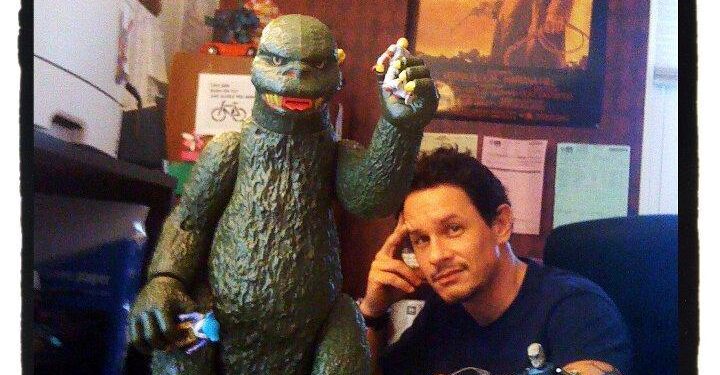 A few weeks ago I was asked to review a comic named Ehmm Theory. It was one of the most unpredictable zaniest comic book adventures I have ever read. I was amazed at the level of talent present on the indie comic scene. These guys are able to do things that mainstream publishers and writers could only dream of. The result was a unique and memorable read which features some fancy artwork. Fangoria has credited Ehmm Theory #1 with “arguably the best three opening pages of the year so far” and each issue just gets better. So, why not get to know one of the creators a bit more? Today we sit down with comic book writer Brockton McKinney.

What drew you to the wonderful world of horror?
Brockton McKinney: As a kid, horror movies scared the crap outta me. But it was a good scare, like riding a rollercoaster. You become addicted to it in a way, right? So when I had the chance to work within the genre, it was seriously a lifelong dream come true.

What was your very first offering to the horror genre?
Brockton McKinney: I wrote the screenplay for a short black and white zombie film called Family. I’m still really proud of that one. I think it’s available on YouTube? I’ve written or co-written several low-budget horror films over the years, but that short is still my favourite.

As a horror screenwriter, how did you end up making the transition to the comic scene?
Brockton McKinney: I ran in the same circles as the comic book guys on the convention circuit. My buddy Chris Moreno was a huge influence on my wanting to get into comics. I’m a lifelong comic book fan, and these guys were always saying I should take a stab at it. (pun intended?)

Ehmm Theory is just so original. How did you come up with the idea for this comic?
Brockton McKinney: Ehmm went through a few incarnations before we got a real solid idea of the story. Myself and series artist and co-creator Larkin Ford worked extremely hard to come up with something that we hadn’t really seen before, but that also encompassed all we loved about our pop culture childhoods. Plus, talking cats kicking the sh*t outta little zombie clowns is just so funny to us.

Were you surprised that Ehmm Theory issue #1 had been received so well?
Brockton McKinney: I was! And I was certainly nervous beforehand. We’d put our hearts into this idea and although it was our first foray into the comic world. Action Lab had been very accommodating to us and also really believed in the book. Those guys stood behind us, put us on the map and helped us feel comfortable. Though I will say I absolutely let out an audible sigh of relief when we got a good review from Fangoria magazine.

Larkin Ford really seems to get the story that you are telling. How long has he been working alongside you?
Brockton McKinney: We’d been trying to work together on something for years! Ehmm just seemed like the perfect fit for the two of us. We have the best time working on this book together. We both have enough of the same sense of humour to make each other die laughing, but I also feel like we each bring a unique perspective on-board in other areas. Again though, we both agree that talking animals fighting an array of bizarre creatures is just the funniest sh*t ever. 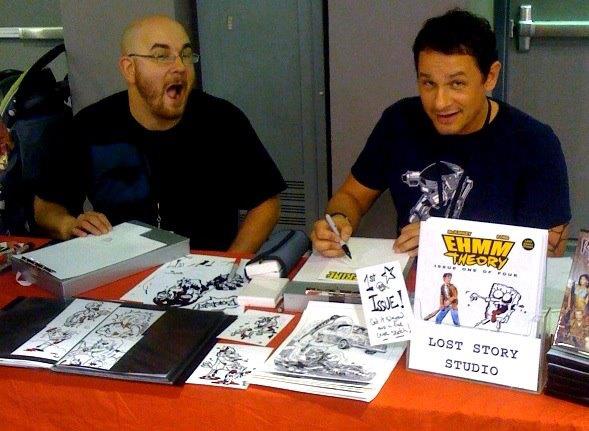 Jason Strutz’s colours really add to the tone of the story. How did he end up working on Ehmm Theory?
Brockton McKinney: S a rutz was godsend! He’s actually a super talent artist-of-all-trades. At the time, he lived in my hometown and I worked with him in our art studio, Lost Story Studios, every week. When Ehmm got signed to Action Lab it was black and white. They suggested colour, so I asked Strutz if he wanted to give it a go, and the rest is history.

Mr. Whispers has got to be my favourite character in this series. What made you think of creating him?
Brockton McKinney: Thanks! I love Whispers so very much, as well. My wife has a freaking zoo at our house. Dogs, cats, birds, chickens, rabbits, you name it. I love making up voices for them, just to get my 10-year-old daughter to laugh. Whispers was born of that. I write his and Gabe’s dialogue based on the way myself and my best friend and studio-mate Bo Fader talk. Sometimes their back-and-forth are eerily close to our actual conversations.

What type of feedback did you get regarding the zombie midget scene, especially with regards to page 3?
Brockton McKinney: That scene was a hit! No reviewer ever had a harsh word about that. People liked the book or they didn’t but everyone seems to agree that was a sweet 3 pages. 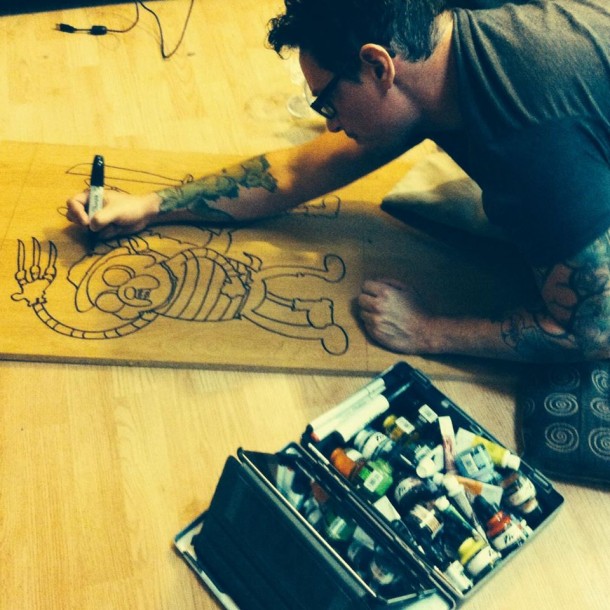 G.O.D.D seems like a very interesting team. What inspirations led to the creation of each member?
Brockton McKinney: Absolutely born out of Larkin and I’s love of superhero comics. When given the ability to put anything we wanted in our book, we chose to include ‘everything and the kitchen sink’. Each character is, at last in part, our favourite bits of all the superhero teams we grew up with. It really is the best part of working on creator-owned books; being able to create anything your heart desires.

Mr Whispers vs The EMP, I would pay to read that! Any plans on the two of them duking it out a bit more?
Brockton McKinney: Not to spoil too much, but they actually team up in the 3rd arc of Ehmm (entitled Stuck in the Tri-Del with you) and it’s some of the funniest sh*t we’ve ever come up with. Whispers hanging on to the EMP as they fly away from massive explosions? Nuff said.

I will admit I never saw what #3 had coming. To think it will all end in the next issue is driving me crazy. Any plans to carry on with this series beyond its initial four-issue run?
Brockton McKinney: I’m overjoyed to tell you we just got picked by Action Lab up for a second volume. As long as people keep reading the book, we’ll keep making them. I have plans that span years and years for these guys. Ehmm is our baby and it’ll always be at the top of my “favourites to write” list. 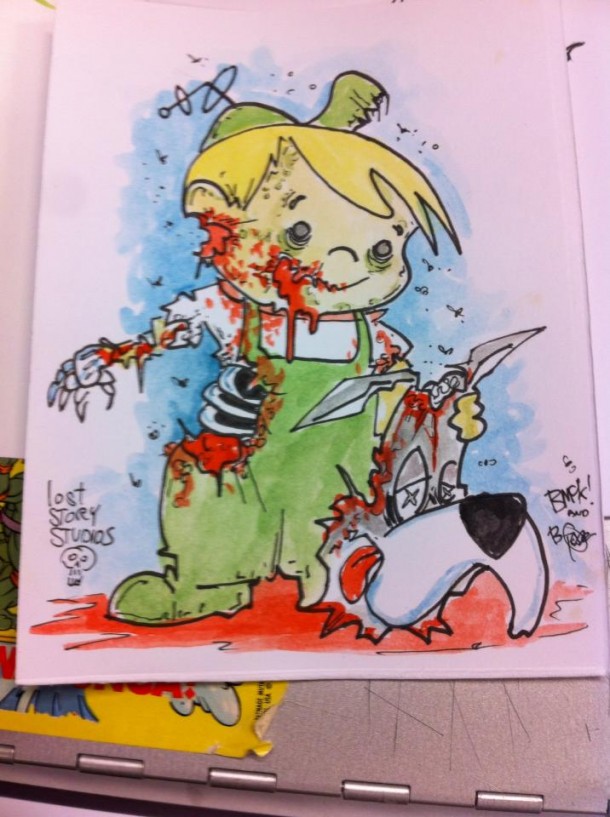 For more information on Brockton McKinney and his works feel free to visit: http://loststorystudios.com/. Also Follow him on Twitter: @BrocktnMckinney