Deathstroke Is Getting His Own Movie With The Raid Director

Many fans expressed disappointment when they learned that Joe Manganiello’s Deathstroke, who was lined up to serve as the main villain in Ben Affleck’sThe Batman, was put aside after Matt Reeves took the reigns. The good news is that The Wrap is reporting that Warner Bros. is in talks with The Raid director Gareth Evans to helm a solo film starring the deadly assassin.

Is Superman Being Downgraded To A Supporting Character?

Of course, if these rumours are true, Evans’ background for crafting amazing action sequences probably makes him the ideal choice to bring the DC Comics assassin who possesses super strength and incredible stamina to the big screen.

Deathstroke (the gnarly villain/anti-hero Deadpool is based on) was first introduced to the DC universe in New Teen Titans #2 in 1980. He was originally imagined as the nemesis of the Teen Titans but was incorporated into Batman comics following his popularity.

If the film turns out anything like The Raid we’ll be super happy. 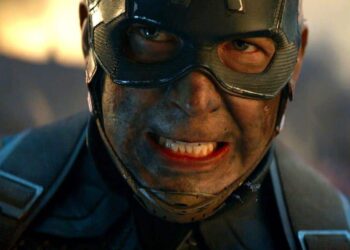