Death Squared Review – A Calming Cooperative That Explodes Into Action 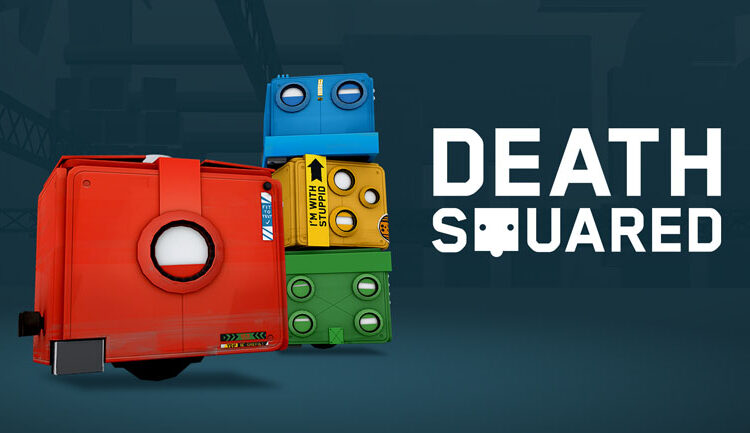 Multiplayer gaming has been around for quite some time now, but cooperative titles have slowly died out, especially on PC. There have, however, been a few recent releases that draw on the classic two-player mode to captivate players, which has seen a slow return to the early gaming years. Death Squared is a cooperative and multiplayer cooperative, puzzle game that requires a lot more synchronisation than your run of the mill co-op killing spree. Developed by SMG Studios, Death Squared takes place in a world where you control a set of AI robots to solve certain puzzles and challenges given to you. In the process, your movements are being monitored by a human representative of the company aimed at exploring certain characteristics of the AI involved. Interestingly, the human also has a separate AI companion that not only assists him in his daily tasks but plays a somewhat observatory role to keep him in check.

The underlying gameplay of the game is great, but what really sets the tone for Death Squared is undoubtedly the humour. The interactions between the tester and AI lab assistant make for some serious laughs, and while there are large elements of Portal 2’s Wheatley, even Borderlands’ Claptrap, hidden in the dynamic, it plays out a lot more direct. And while you think that the dialogue is limited to a few cut-scenes in between loading levels and progressing to certain points within the game, there are a few one-liners and quotes thrown in whenever you do something random onscreen or one of the bots ends up dying. It almost becomes humorous to fail, waiting for the next laugh. The objective of the game can be explained fairly simply: traverse the onscreen tiles to the corresponding coloured tiles (blue for the blue bot, and red for the red bot). Once both tiles are on their respective tiles, the end sequence is triggered.

I started off the game playing as a single player, controlling both bots from the keyboard. What’s tricky here is that I would control one bot with one hand, and another with the other hand. It takes some time to become fluent in controlling the movements alone of which bot is controlled by which hand. And that doesn’t even include solving any puzzles. Once I got the hang of it, though, I was able to blast through the first 10-15 levels with ease. The game has no tutorial mode and throws you pretty much into the deep end, but the easy levels act as a tutorial and give you a good idea as to what type of elements you’ll encounter throughout the game.

Playing through the puzzles in single player mode is great, as you enjoy solving puzzles. But to get the most out of the experience, switching to co-op is a must. Not only is it a lot more fun by adding an extra dimension to the gameplay, you also get some level of satisfaction watching your partner suffer through certain obstacles. Even more so when they fall off the screen resulting in an explosion and death, resetting the level. The new dimension to the gameplay means that you no longer have the single viewed approach to solving puzzles, in some cases it becomes easier and others more difficult as you both wrap your heads around what to do next.

Death Squared has elements of many other games, although it still feels fresh. Even the single player co-op and two-to-four-person co-ops aren’t new, and yet it still feels new. The graphical elements of the game are simplistic in what’s displayed on-screen, and yet do have a level of complexity to the design. Bots explode, even causing the screen to shake as you battle your way to the end-goals, which sets off a light canon from within both bots. This isn’t the typical AAA-grade graphics we’re talking about, but the end product looks great in its simplicity, and smooth in its gameplay.

Another aspect of a standout feature of the game is in its background score. The bots themselves do not talk, and the tester and AI drop a few lines every so often. This means that the music during puzzle solving is key. The sounds effects don’t quite match up to the same standard but are good all the same. The background music gives a weird sense of calmness while you’re trying to solve each puzzle, which quickly turns to the more dramatic as you approach the final stages of solving the puzzle or simply falling to your doom and exploding. Death Squared is an amazingly funny co-op, puzzle game, which only gets better the more players you add to the equation. The game relies on strategy and teamwork, good communication and logic. Sticking to these basic principles will give you an easy advantage to solving each of the puzzles, but things don’t always work out so easily.

The controls and gameplay add to the fun of the game. Accompanied by a lot of side humour thrown into the equation, you’ll no doubt have hours of fun with a partner or group of friends attempting to solve each puzzle. 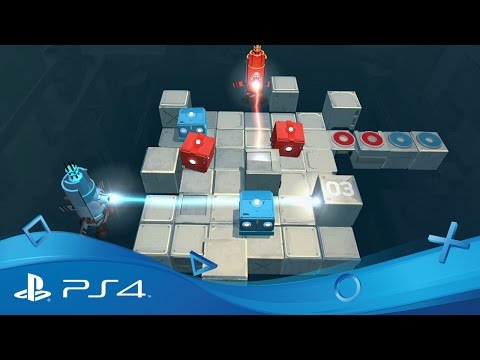