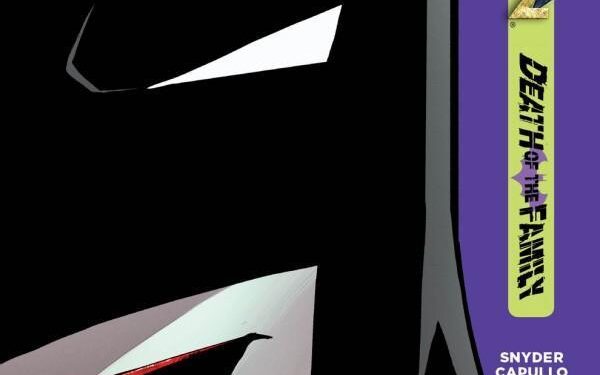 After a massive arc comes to an end, there is always that lingering question of “What now?” You’ll often see writers taking things slow for while before building up to the next big event, but with Death of the Family, Scott Snyder goes big straight off the, well, bat. Death of The Family kicks off when The Joker returns to Gotham after a year-long absence but this time, things are very different. He pushes not only Batman, but the entire Bat Family (including poor Alfred) into the deadliest game they have ever played and systematically seeks to destroy everything they love and hold dear. The Joker is Batman’s oldest and deadliest foe and many people would say there is nothing more that can be done with him, but Snyder refreshes his character and adds a truly frightening and very sick twist to him. Early in the relaunched DC Universe, the Joker’s face is removed by a new villain known as the Dollmaker and he mysteriously disappears, but at the start of the arc, he returns in a gruesome fashion to reclaim his face and wears it in a manner similar to Leatherface from the Chainsaw Massacre franchise. This little twist sets the tone for the entire story because this is a Joker unlike we’ve ever seen: darker, more twisted and very hands –on.

Like most of Snyder’s work, Death of the Family is a very well written graphic novel with a riveting story and characters that he breathes life into flawlessly. Everyone from Nightwing to Red Hood are included and terrorized by Joker and Snyder captures their individual personalities perfectly. The only real issue is the ending because it is something that will split readers indefinitely. Some would say that the way the tale ends is in a very anti-climatic manner, but the truth is the story wraps up perfectly and the conclusion is, without spoiling anything, something that will leave the entire family reeling for years to come. You won’t see it coming and it will leave you with something to think about. Art-wise, Cupullo doesn’t disappoint. There are a few panels like the previous issues that suffer from being too dark, but that aside, the details in each panel are of the best quality you’ll find. There are often multiple characters in complex environments, but there is no detail lost and everything is brought to like a splendidly vivid manner. You can tell exactly who’s who and what’s what quite easily – but the greatest highlight of the book is The Joker. The way Cupullo captures his loose, detached face reacting to his movements, whether it’s him being punched or him making rapid movements is incredible. The colorists though are the ones who really bring the novel to life. You’ll be hard-pressed to find a comic book with better lighting effects as this, but once more, the Joker steals the spotlight. As the book progresses, the decay of his face is slow, but very obvious. It goes from bone white to an off yellow that is a bit unsettling and the final pages make him out to be a true visage of death.

Once again, Scott Snyder delivers another expertly crafted story that exceeds expectations and delivers a riveting story that puts the Batman and the Joker’s relationship in a whole new light. The only problem with this graphic novel is that it’s going to be hard to top but I have faith that Snyder will be able to pull it off.