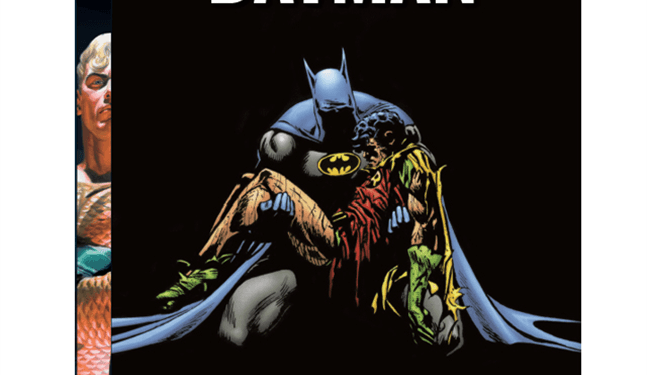 In Volume 11 of the DC Comics Graphic Novel Collection, we’re treated to a heartbreaking storyline from the Batman archives: A Death In The Family. Not only did this arc mark the 50th anniversary of the Caped Crusader, but it allowed readers to influence the outcome of the fight between the Joker and the second Robin, Jason Todd. Collecting Batman #426-429 and Batman #366 (the first appearance of Jason as Robin), this is all about Batman and Robin. In the main storyline, the Joker has gotten his gloved hands on a nuclear weapon and plans to sell it to terrorists in the Middle East. As Batman attempts to prevent this from happening, Jason is on his own mission to find his birth mother. When Batman and Robin finally reunite, disaster awaits Jason (and Batman).

Over the years, A Death in the Family has become extremely popular due to its influence on the Batman universe. The ramifications rippled through DC for the next couple of decades. Not only did it result in the creation of the Red Hood and Tim Drake taking on the Robin mantle, but it also had a profound psychological effect on Batman. In fact, Ben Affleck’s angry Bat in Batman v Superman is heavily influenced by the events of this storyline (check the Robin suit in the Batcave for proof). While this story will forever be known for the death of Jason, it’s more about the birth of the Joker as the menacing, evil icon we now know. This was the tale that really pushed the Joker over the edge, establishing him as Batman’s archenemy. By killing a child (not just Batman’s partner), the Clown Prince of Crime ensured that no matter what he did, there would be no redemption. If he’d never done what he did, chances are he’d still be the goofy prankster he’d been known as.

With the 80s-styled artwork and the gut-wrenching outcome, A Death in the Family is essential reading. One has to question what would’ve happened if the fans had voted for Jason to live. It certainly would’ve changed the current Batman we know and love.