A Look Back At Deadpool: With Great Power Comes Great Coincidence 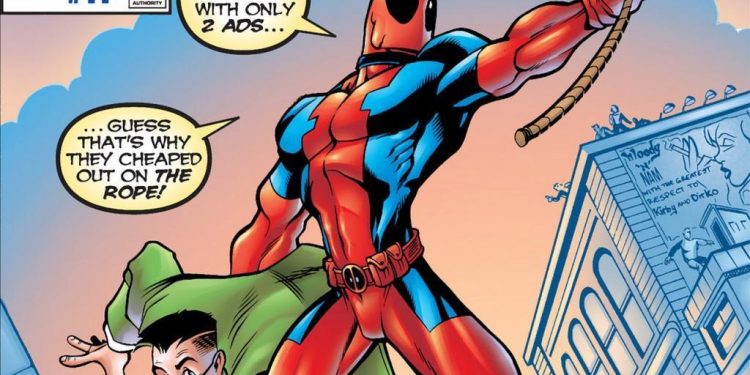 Deadpool: With Great Power Comes Great Coincidence volume 1, issue 11 – is a highlight for Marvel fans, especially fans of the classics and anyone with a sense of humour. It may not be the finest Deadpool tale, but it’s undoubtedly one for the funniest. And while Joe Kelly and artist Pete Woods deliver a first-class story, equal credit has to be given to Stan Lee and John Romita because… well, you’ll see.

What is it which makes some comic books stand out from others? The story? The art? The characters? Maybe it’s just something which speaks to the fans more than others. For some, it’s also about value for money. That may sound cheap, but when you’re a kid collecting comics, it can be a pretty expensive hobby. Ask any silver age or golden age fan why they liked team-ups or team books and one of the reasons is because more characters mean more value for money. There were also DC Digests, where four comics from different titles would be collected in one pocket-sized volume, and of course, these days, you have trade paperbacks (often mistakenly called graphic novels). But there are some, bumper-sized issues of comics like annuals, which may even feature backstories too. One of the most fun ever has to be With Great Power Comes Great Coincidence.

The lead-in to Deadpool: With Great Power Comes Great Coincidence so far was typically Deadpool: lots of comedy, but with a very grim, dark edge to it. He’d finally decided to let his best friend/prisoner Blind Al free, but only because Deadpool’s dark side was emerging and he was worried about what he might do to her. All of this took place at an aquarium, and in typical fashion, it all went wrong because The Lightning Rods (formerly The Great Lakes Avengers) were there and a fight broke out. Deadpool and Al tried to teleport away, only for it all to go wrong. Which means this issue starts with…

Uatu warns of a great calamity to the timeline. See, Deadpool and Al have accidentally travelled back in time, and have gatecrashed into 1967’s tale of Stan Lee & John Romita’s Amazing Spider-Man #47. Before you know it, they’ve knocked out Spidey’s Aunt May, and so Blind Al has to fill in for her. Deadpool wants to gun down Aunt May’s friend Anna Watson for being nosy but is warned that he can’t alter the timeline. Instead, he uses his holographic projector to double as Peter Parker, and that’s when things get crazy.

In Deadpool: With Great Power Comes Great Coincidence, he immerses himself in (and mocks the life of) Peter Parker, while Blind Al as Aunt May decides that Peter’s girlfriend Mary Jane is high on crack and as dumb as a stump. As they struggle to find a way back to their own time – a plan which involves potentially wrecking the foundations of the Marvel U – Deadpool gets involved in a battle with Kraven the Hunter which should have been Spidey’s responsibility.

Oh, and a lot of the 1967 story really is from the original Amazing Spider-Man comic book. Thanks to a sort of Forrest Gump-style cut-and-paste routine, they’ve taken the original comic book and altered it as needed. It’s a hilarious concept, as Deadpool mocks Norman and Harry Osborn’s hair, blatantly hits on Mary Jane and Gwen Stacy and sarcastically pulls apart a classic story – all in the style of the original. And just in case, you didn’t know the original, that’s reprinted in the back of the issue too!

The 49-page story is good, but this is easily Deadpool at his funniest and most irreverent. Some pages will have readers laughing out loud at the jokes, which come thick and fast at the expense of classic Spider-Man’s dignity. It’s a perfect example of just what makes Deadpool so unpredictable and unique, both as a character and in terms of storytelling.

Joe Kelly’s run on Deadpool has always been impressive, with the writer creating story arcs within story arcs and offering up a perfect mix of humour, action, adventure and a whole lot of tragedy. While the latter isn’t on display much in Deadpool: With Great Power Comes Great Coincidence (not counting us learning that Deadpool turned his pal Weasel into a drunk), the comedy is off the charts.

In an outstanding series, this is easily one of the most memorable issues and a must for fans.

Deadpool: With Great Power Comes Great Coincidence is a highlight for Marvel fans, especially fans of the classics. 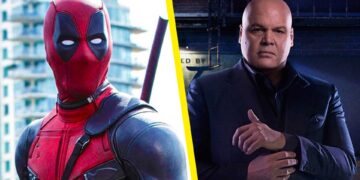