Deadpool and Spider-Man Take A Shot At Batman V Superman 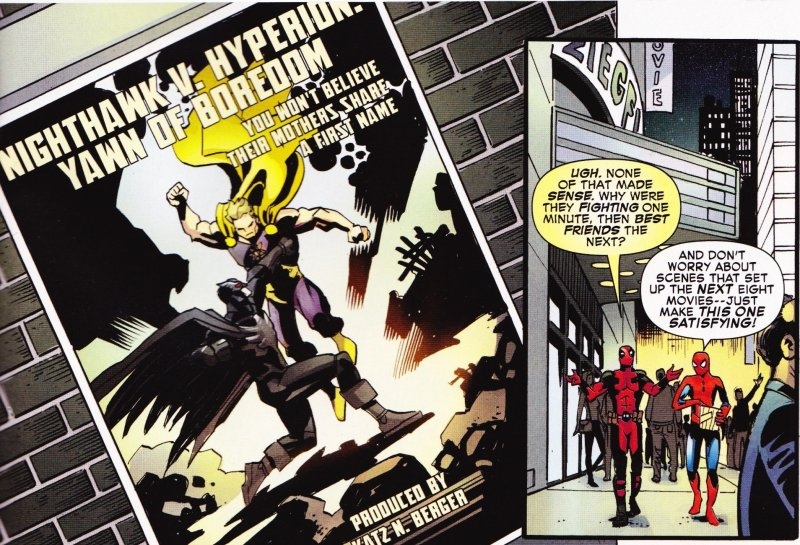 In the latest issue of Spider-Man/Deadpool, Deadpool and Spider-Man take a stab at Batman v Superman by criticizing the film’s plot and the outcome. It’s a bold move, but would we expect anything less from Deadpool?

While Batman v Superman: Dawn of Justice is celebrating the release of its ultimate cut this week, Marvel Comics is having a little fun at the film’s expense in the pages of Spider-Man/Deadpool #6.

Both Deadpool and Spider-Man are known for their wise quips and humour. They are almost making light of serious situations. Now in Spider-Man/Deadpool #6, the clowns are at it again. This time, they are commenting on a superhero film they just saw, Nighthawk v Hyperion: Yawn of Boredom. The film’s tagline? “You won’t believe their mothers share a first name.” Obviously, this is a direct shot at rival company DC’s Batman v Superman. Who would expect Deadpool and Spider-Man to troll Batman and Superman, right?

The issue has a number of funny moments. It starts with Salmon Stuntman telling Deadpool that a studio is making a film based on his life. Also, there is the obligatory Captain America “Hail Hydra” reference when the X-Men and Captain America show up. So to be fair, Marvel is taking shots at everyone here, including themselves. 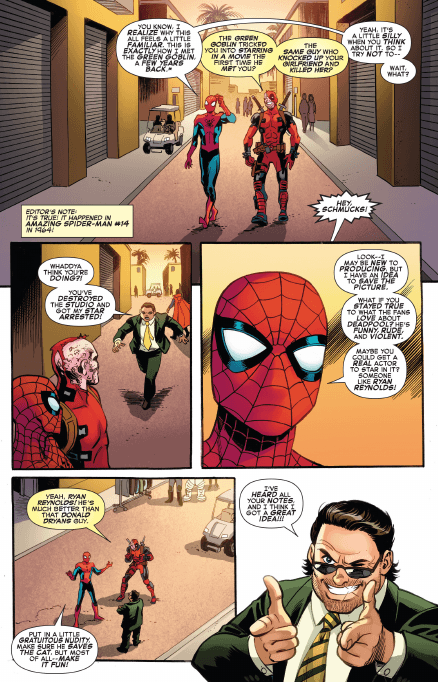 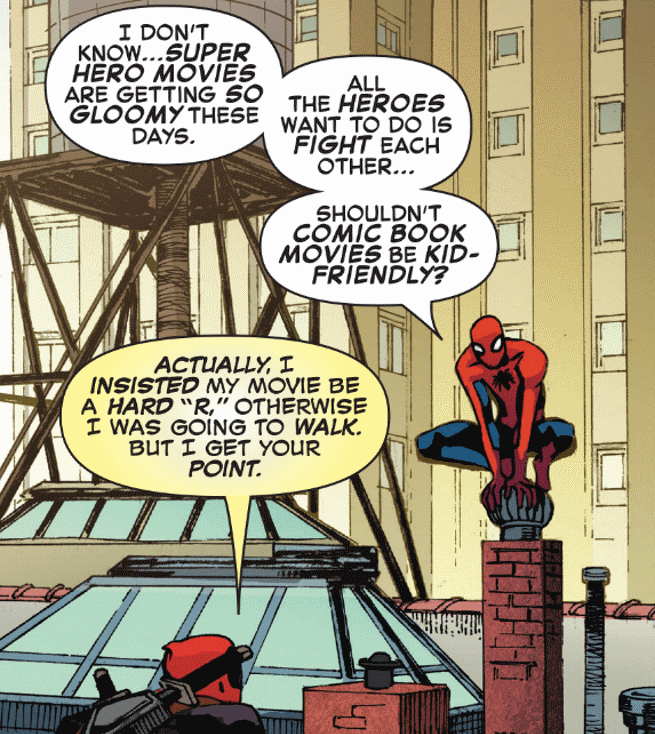 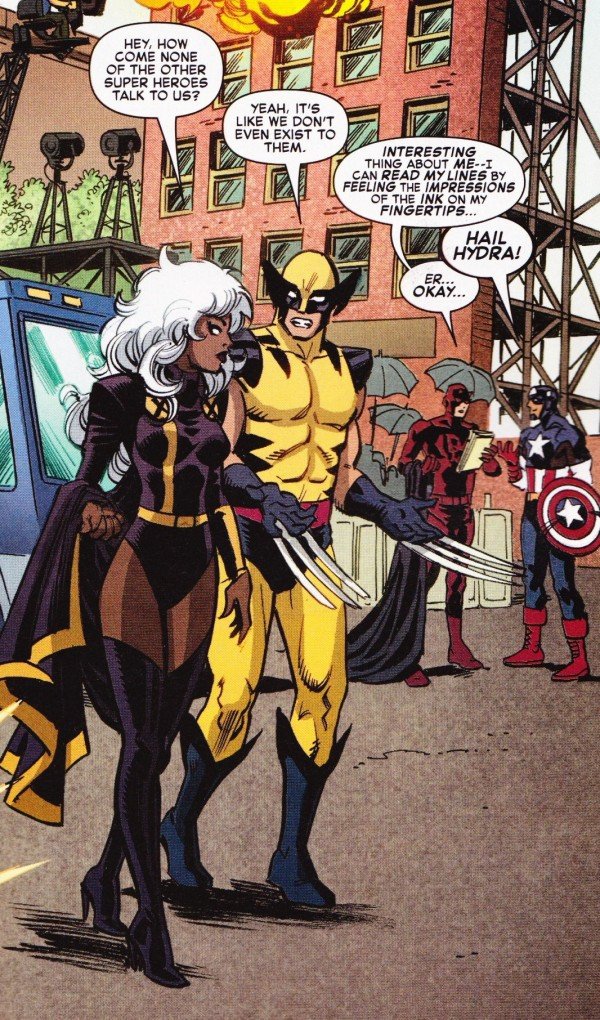 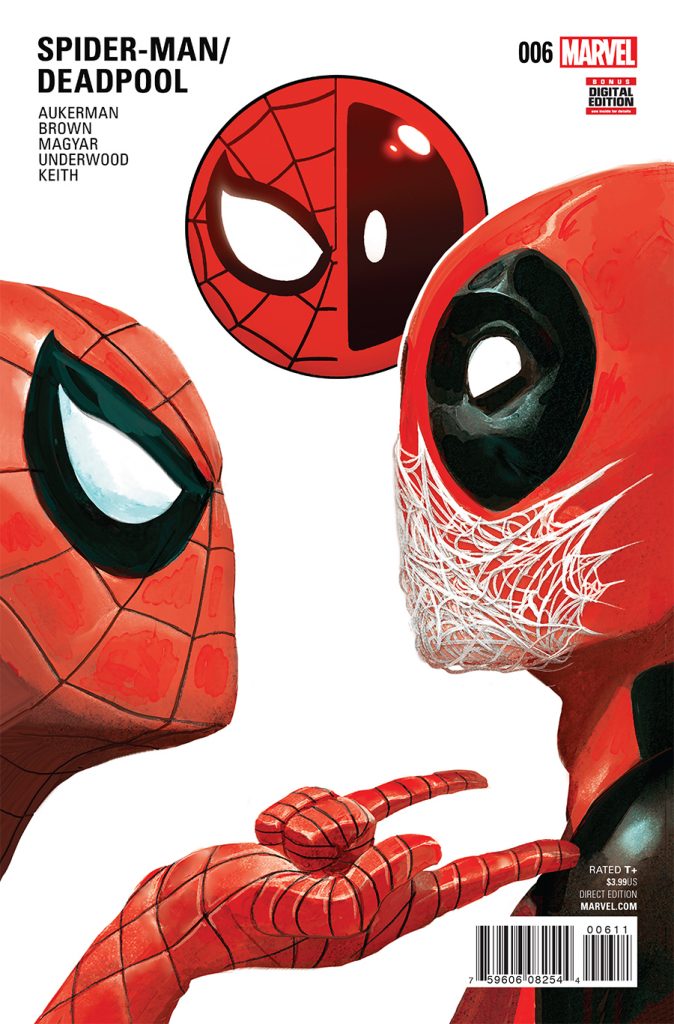