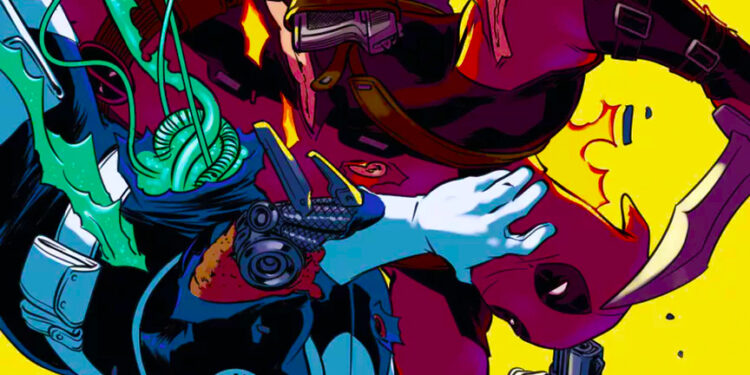 In Deadpool #34, after having (presumably) killed SHIELD’s Agent Coulson, Deadpool has a lot of explaining to do with Agent Preston. His stock has also risen greatly in the ranks of Hydra, and he’s fast becoming their number one guy… except the network of resistance members he’s bringing in to custody are all low-level at best. The latest? The Trapster, formerly known as Paste-Pot Pete. And even that cost Deadpool his costume and some of his dignity. 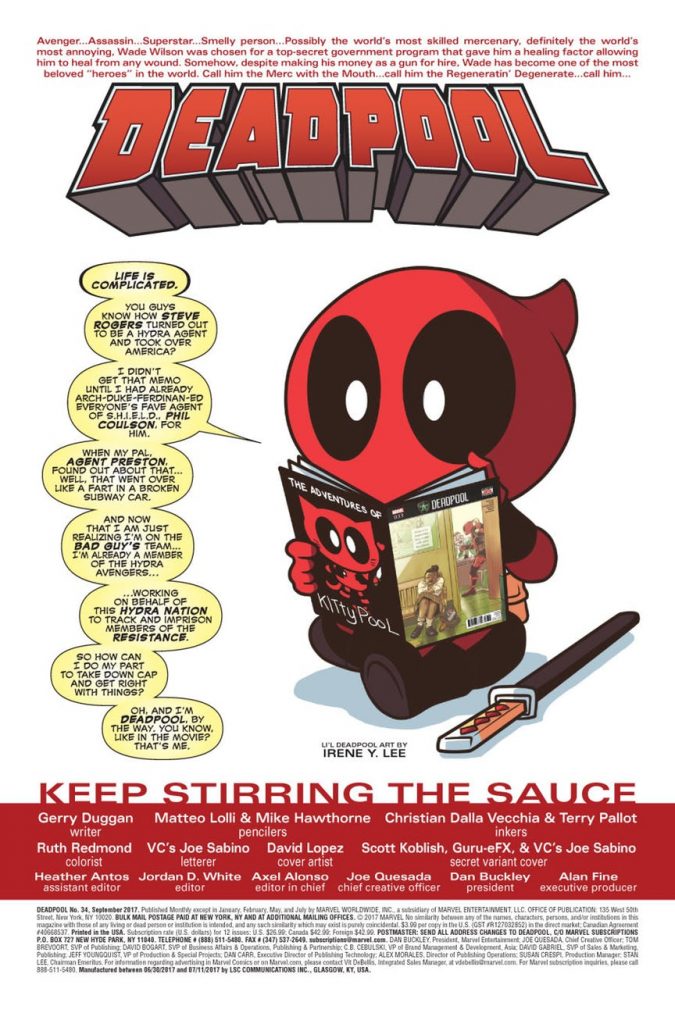 So what’s really going on in Deadpool #34? It should be obvious that Deadpool isn’t quite playing by anybody’s rules except his own – and he certainly has no love for Hydra. Agent Preston is someone he knows and trusts, and while their inevitable fight has an explosive conclusion and one of them leaving in a box, it’s clear that Deadpool’s got a plan and that SHIELD’s Maria Hill may not be next on his hit-list…

Deadpool has faced flak from readers since his battle against Coulson, and now we’re seeing the payoff of that particular storyline. With one line of dialogue cut short before the truth can come out, readers are given hints and clues about what’s happening. Some are blatant, in-your-face moments (well, it is Deadpool after all), others are subtle and sneaky. But Deadpool-like sneaky, which means they’re pretty obvious anyway.

For anyone who thought Deadpool #34 would be devoid of laughs, have no fear. There are some great gags layered throughout, although the image of a naked Deadpool with his mask covering his unmentionables seems a bit too juvenile even for him. The same can’t be said for the hilarious signs at the package delivery office, where the jokes are juvenile enough to have you sniggering like a naughty 12-year-old. As for the action, there’s plenty to go around. 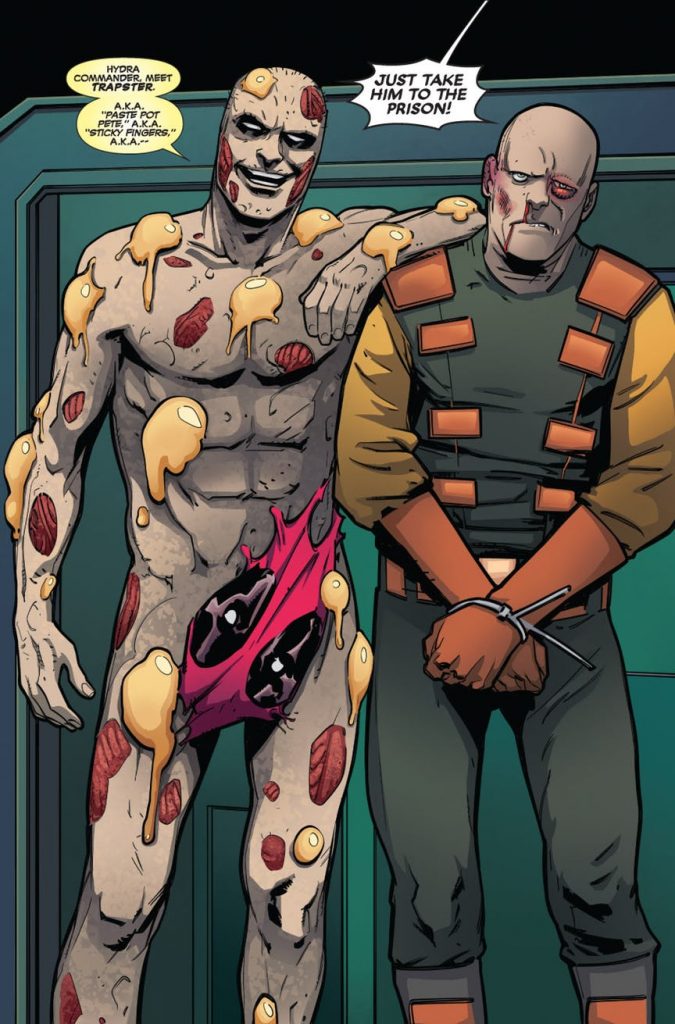 Any flaws in the writing – and sadly there are a few – are made up for with the art in Deadpool #34, which flows smoothly and allows for some smart scene transitions with a different style and colouring. Little touches like that may appear to be cosmetic, but it makes a huge impact on the story in general.

Now, in a break from the usual format, something has to be said about the promo for issue 35. It’s funny, and yeah, it’s totally going to be how Secret Empire ends. For sure, 100 percent, bigly yes. Would Deadpool ever lie to us?!