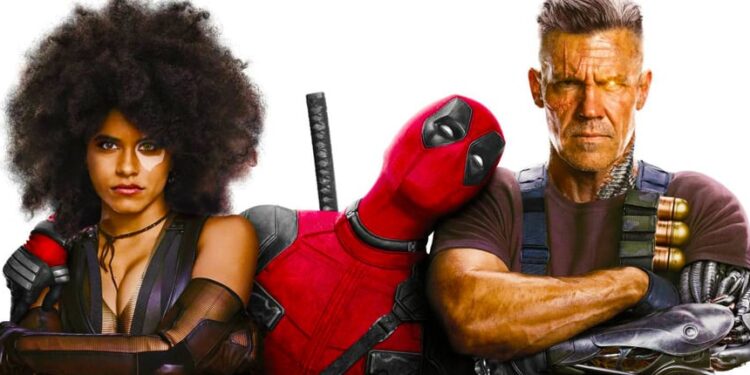 Replicating Deadpool‘s success was always going to be difficult. As an R-rated superhero film, no one expected the film to perform like it did. You could say it changed the dynamic and opened up an opportunity to do superhero movies differently than before. Consequently, Deadpool 2 faced new odds this time around; not only as the dreaded sequel to a successful film but as competition to two smash-hit comic-book-movie blockbusters Avengers: Infinity War and Black Panther.

Yet, once again, the Merc with the Mouth danced to his own tune, doubling down on the crude humour and upping the insanity levels. It’s difficult to imagine the likes of Warner Bros. or Marvel ever sanctioning a film like this, as it’s risky and controversial – something that studios fear more than a Rotten Tomatoes score. Ladies and gentlemen, Deadpool 2 is the Monty Python of comic-book movies.

Much like the first film, the plot is straightforward here. I’m not going to delve into spoiler territory, since there are a few surprises and special appearances, so I’ll give you the crux of it: Wade Wilson tries to protect the young mutant Russell Collins from the time-traveling badass known as Cable. In order to do so, he decides to create his own team called the X-Force. Naturally, everything goes balls-up because it’s Deadpool.

Despite its paper-thin plot, the overall theme of ‘family’ in the film is strong – even if it goes about it differently from what you might expect from a run-of-the-mill family movie. Some films require layered and nuanced approaches and intricate dialogue to get across their point, while Deadpool 2 does it with minimalism. In many ways, it gets to the point quicker and more concisely, which is the mark of good storytelling.

After the success of the first film, you’d expect this one to play it more safe with the humour in order to milk those extra dollars, but no way. While Wade might make fun of the DC film universe for being dark, some of the jokes drifted towards the dark side, too. In short, everyone’s a comedian here and the superstar cast delivers.

Surprisingly, the chemistry between Ryan Reynolds’ Deadpool and Josh Brolin’s Cable is the most powerful and works in every scene. Their two characters fed off each other’s contrasting personalities, and there’s one particular scene with Cable in Dopinder’s cab where you spot Brolin almost cracks a smile at Reynolds’ line.

In the action department, Deadpool 2 succeeds in elevating the fight scenes from the first film. There’s a lot more violence and crazy sequences, thanks to the influence of director David Leitch (John Wick, Atomic Blonde). The first bloody encounter between Deadpool and Cable, in particular, is a standout moment, as is the final battle at the end of the film with all the parties involved. While director Tim Miller spent a lot more time on character development and world building in the first film, Leitch hit the gas on this one. Undoubtedly, this might upset a few fans, who preferred Miller’s approach, but you can’t fault Leitch for sticking to what makes Deadpool, well, Deadpool.

In terms of negatives, the film’s treatment of X-Force will upset long-time fans of the comic-book series. The group is more of a punchline than a formidable team, which is a departure from what the trailers hinted at. That said, the events at the end of this film will probably change things, so there will be a chance for the mutant team to re-establish itself in its own solo film.

That little blight aside, Deadpool 2 pulls a rabbit out of the hat here. It’s outrageous, funny, and a bonkers adventure from the first minute all the way to the last. The magic here is it’s relatively faithful to its source material, but also appealing to non-comic-book readers. Make sure that you stick around for the post-credits scenes; they’re easily some of the best you’ll ever see.

If you want to experience all the glory of Deadpool 2, make sure to watch it in IMAX.