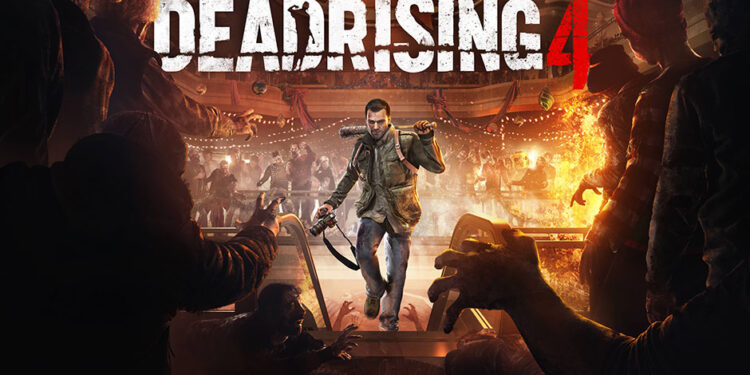 Dead Rising 4 needs to be played over the Christmas season. It just doesn’t make sense otherwise. Whichever way you see it, I’d say buy it. You won’t regret it. I love the Zombie Apocalypse genre. I love the movies, TV shows and games and every time The Walking Dead gets picked up for another season I say a silent thank you to George A. Romero for bringing these brain-hungry chunks of rotting meat to the forefront of our morbid imaginations.

I also love Christmas, and I believe zombies and Christmas share a closer connection than we think…

Indulge me for a second. Zombies, for a short time at least, resemble the living, thriving human being it once was, but a virus, a foreign body, infected it and started to corrupt it from the inside out, turning it from something living and beautiful into something rotting and terrifying.

This is exactly what Christmas has become. It used to be a time to celebrate something good, sharing good things with those around us, but a virus, let’s call it Consumerism, has infected it, corrupting it and making it something awful.

If you think awful is too strong a word, just go to a shopping center at this time of year, and there you will see it! Masses of brain-dead consumers, ambling around trying to satisfy a hunger that will never be met.

Christmas has become a zombie, it’s lost its heart, and soul and exists only to consume! Just like you wouldn’t call a zombie a human, we no longer call Christmas Christmas. It’s now the Holiday Season. Holiday Season is how you say Zombie in politically correct speak.

I think the good boys and girls over at Capcom realized this. Why else would they have set Dead Rising 4 in the Mac-Daddy of all shopping malls? The Willamette Maul, sorry, I mean Mall. The largest shopping center in the world! Now for those of you familiar with the Dead Rising universe, you’ll recognize that name from the first release almost a decade ago. It was the scene of the first outbreak and now sees it happening all over again, so, despite what the brochures tell you, Willamette Colorado is NOT a great place to raise a family.

Another familiar name to make a return is everyone’s favorite A-hole, Frank West! That’s right folks, Frank’s back and he is douchier than ever. The wise-cracking, camera-toting photojournalist from Dead Rising 1 returns to Willamette to investigate the outbreak and try to find some answers. Why would he go back there, I hear you ask?

Well, there is a bit of back story, but the long and the short of it is, it’s his only option, and like a barbed wire baseball bat, he grabs it with both hands,

And I think that’s fantastic! Frank has always been my favorite Dead Rising (Anti) Hero. He really puts the Fun in Apocalypse! Think of it as a Zombie Funpocalypse! (yes/no..?)

Now back to my existential brain-fart. The hero in this installment had, to be Frank. Chuck Greene and Nick Ramos would not have worked in DR 4. If I am right and this game is a social commentary on Consumerism and Humanism, which I believe I am (c’mon Capcom, tell them I’m right…), then Franks devil-may-care attitude represents a small minority who are not prepared to be swept along with the crowd anymore, those who are not impressed by the mindless moaning’s of the brain-dead masses, those who are prepared to push back in search of the truth! Kill the sacred cows, so to speak.

Because that’s what Frank is doing. He is an investigative journalist who is there to get to the bottom of it all, and he will mow through as many of the opposition as they will send his way.

And there are lots.

DR has always been known for the sheer volume of baddies on screen at once, and DR 4 has upped that considerably! Though not as impressive as it was in previous releases.

Some people find that boring.

I’m not one of them. One of my favorite Brain Bubble-gum games ever must be Serious Sam: The Second Encounter. Swarms of enemies who come at you, in the thousands, and it’s just you and a collection of insanely powerful weapons and you run and shoot till there is just you and a battlefield full of your enemies remain. Another gripe I have heard is from those who miss the timer. A countdown which adds pressure on you to achieve certain things in a certain time otherwise, Bang, the world ends. I personally don’t miss it at all. In DR 4, there is an open world for you to explore at your leisure (or as leisurely as the zombie apocalypse will allow).

I think Dead Rising 4 is great.

It has taken all the things that have been introduced over the previous 3 releases and combined it all together. Even the timer element is still available, but only in the co-op mode. There is all the good stuff like the leveling system, weapons crafting and now you can do the same with vehicles. You can add weapons to vehicles and even vehicles to vehicles, to make the most devastating weapons possible, and really get that body count up there!

This game is absurd, let’s be honest. The situations are absurd and the weapons are absurd. This is not an adventure-horror like they try to tell you. This is neither adventure (even though it’s open world) nor horror (the scariest thing about it is when you accidentally discover the button combo for a selfie and Franks ugly mug suddenly appears).

This is apparent in Frank’s witty one-liners, the wacky weapons you can craft and the wardrobe choices you can make. I love the interactiveness of the world. You can go into any shop in the Willamette Mega Mall and try on any clothing you’d like, from a suave tuxedo, ala James Bond style, to a fluffy dinosaur costume. Just because you’re obliterating thousands of the undead, doesn’t mean you should look good, am I right..?

I encourage you to explore. This is how you will find the blueprints to make your weapons of mass destruction, as well as discover Safe Havens, where, once cleared of undead squatters, you can bring survivors you stumble upon. Once there, they will give you food, clothes, maps, weapons, etc… Your opponents aren’t just the hordes of undead anymore either. In DR 4 they have mixed it up a bit, you now have private military types trying to stop you discovering Willamette’s dark secret, Death Cults, pirates and a surprisingly intelligent zombie that quotes monologs from Shakespeare…

Granted, this game is a little all over the place. Make it through all 6 cases and that’s it. No going back into an area to finish exploring, and it also has its fair number of bugs. Nothing that a substantial patch won’t fix, but still annoying. For example, Frank will go into stroke mode for a few seconds, where he just stands, totally unresponsive, while the undead play a game of pile-on. Vehicles will get stranded on seemingly irrelevant obstacles and some of the cut scenes happen without dialogue. So having said all that, is it worth it?

As an entertaining blood-soaked gore-fest, I’d say there are better games out there. This is light and relaxing (2 adjectives I never thought I’d use to describe a Dead Rising game) and a great way to vent over the Christmas holidays.

As a metaphorical exploration of the state of the West-ern (get it..?) world and the disease of Consumerism and the subsequent horror of Humanism? I’m going to say Capcom killed it! 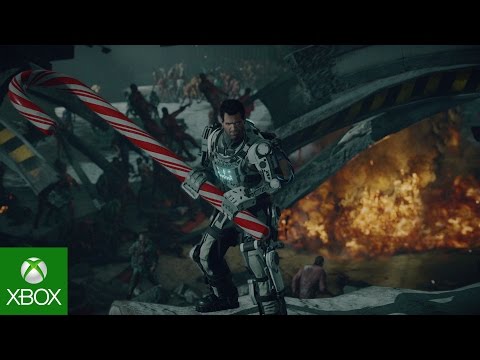