For the past few weeks, I have found myself investigating a conspiracy, taking loads of pictures of gruesome acts, and, oh yeah, pounding hoards and hordes of zombies with all manner of objects and weapons. All the while basking in the warm embrace of Christmas lights and carols. This is Dead Rising 4: Frank’s Big Package. Its loads of fun trying to line up the perfect shot or even a selfie as a horde of zombies approach.

It’s 16 years after the first incident at the Willamette Mall, where shoppers found themselves under attack from hordes of zombies. Frank West has been asked to return to the infamous mall and investigate a possible government conspiracy and, of course, kill some more zombies. While players will be returning to the familiar mall from the first game, they will now be able to leave its confines behind and explore the town itself.

With its light-hearted zombie killing, wacky and weird weapons, the Dead Rising franchise has been known for never taking itself too seriously. While some of these elements still remain, a lot has changed from Frank’s first outing. The story itself is noticeably more serious than a Dead Rising game should be. Sure, the writing is on point (most of the time) and there are some silly and funny moments to be found, but Frank has seen some things, and these have changed him. This new direction might disappoint some but, let’s be honest for a moment, most people play these games for the over-the-top zombie killing and luckily Dead Rising 4: Frank’s Big Package has more than enough of this to satiate your zombie murdering appetite.

First things first, one of the most controversial changes in Dead Rising 4 is the removal of the time limit mechanic. There have been many fans of the franchise expressing their disappointment in its removal and, although I do understand why some might feel it’s absence unnecessary, I actually found that it changed the game’s continual rushing pace into one that allowed me to explore my surroundings a bit more. Granted, the timer did give each mission more urgency and this is sorely lacking here. However, the relaxed more exploration driven pace does give you more time enjoy your surroundings (and smash zombies) at your own leisure. Dead Rising 4’s combat is more of the same…

Speaking of smashing zombies, for good or bad, Dead Rising 4’s combat is more of the same. You will still be picking up objects such as chairs, axes, fire extinguishers and the likes to defend yourself in ever more ridiculous ways.

Shooting in Dead Rising 4: Frank’s Big Package is best described by the saying “float like a butterfly, sting like a bee”. Why? Because, while there are some firearms and ranged weapons that pack quite a punch (or sting), successfully aiming your newly acquired fireworks launcher can be difficult, thanks to the floaty controls. It basically boils down to frantically firing into a hoard of zombies and hoping you hit at least one or two of them. It’s something you would have thought Capcom might have fixed by now. That said, there are still few things as fun as mowing down hordes of zombies with one of the new ridiculously overpowered EXO suits or wiping out a horde using one of the game’s combo weapons.

The good news for fans of the series is that with Frank’s return comes the photography mechanic, which sees players taking pictures of zombies, zombies and the occasional human and then being graded on the final result. Its loads of fun trying to line up the perfect shot or even a selfie as a horde of zombies approach. The game also includes investigation sections where Frank has to take pictures of his surroundings while investigating a certain area. These sections offer players a welcome respite from all the zombie killing madness. Feel like punching a zombie in the face as Cammy from Street Fighter? Well, now you can.

For those out there who believe that bigger is always better, Dead Rising 4: Frank’s Big Package adds a ton of new content to the original game (including the Frank Rising DLC), with the biggest draw (and surprise) being the new Capcom Heroes Mode. This mode essentially allows old Frank to dress up like familiar Capcom characters and use their moves and powers to wreak havoc on unsuspecting zombies in the single-player story campaign. Feel like punching a zombie in the face as Ryu? Well, now you can. Want to see Frank dressed in a revealing Cammy costume? Well, that’s just sick but, yes, now you can. This mode is the ultimate fan service. It’s surprisingly fun.

The game also adds a Super Ultra Dead Rising 4 Mini Golf game, which adds some twists (and zombies) to the mini golf formula. However, it didn’t grab my attention as much as I had hoped. It’s entertaining enough, especially in short bursts, but not nearly as good as the Capcom Heroes Mode. Dead Rising 4: Frank’s Big Package is an enjoyable romp through zombie infested environments. The game has some technical issues bogging it down, such as frame rate drops and graphical glitches. That said, overall, it makes for a mindless enjoyable time. You might find yourself having a jolly old time. 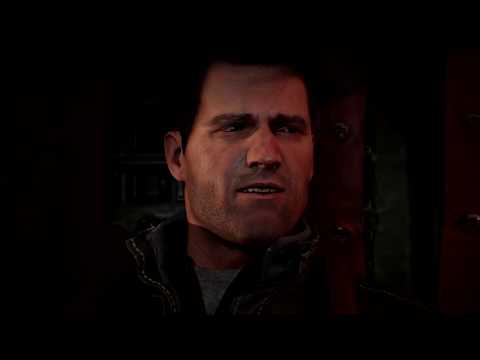