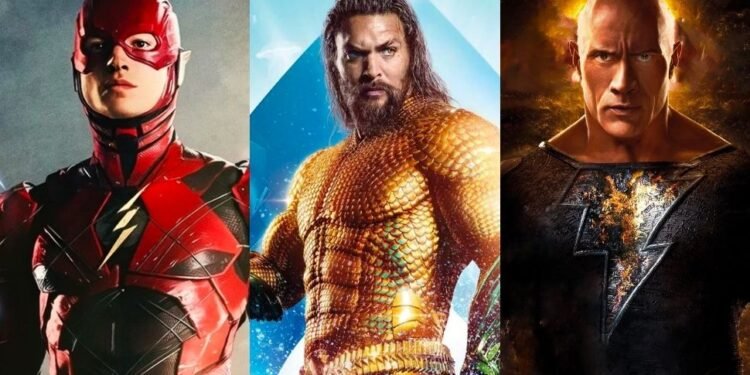 The 2022 DCEU films recently got pushed back, but do the delays point to Discovery restoring the SnyderVerse?

One of the biggest news in entertainment we’ve had so far this year is the merging between WarnerMedia and Discovery to create a new media conglomerate that’s willing to give Disney a run for its money. The merger — cleverly named ‘Warner Bros. Discovery’ — is set to shake things up for the current franchises in Warner Bros’ lineup, and that could mean some very exciting news for fans of the DCEU — especially those loyal to the SnyderVerse.

For some reason that remains to be explained, Discovery pushed back most of the release dates for future DC projects, including some that would drastically reshape the status of the current DCEU. On the other hand, some movies have actually been pushed forward, leading some fans to believe that the Discovery Warner Bros merger could bring about the restoration of the fan-acclaimed SnyderVerse.

In this day and age of shared cinematographic universes and solid cross-film continuity, some reshoots are to be expected. We’ve seen it happen countless times in the DCEU, mostly to add some new pieces of lore from other movies that would otherwise affect the overall story of a particular film.

If you ask any DC fan right now, they’ll probably tell you that The Flash remains one of the most interesting projects in the DCEU — and with good reason. The movie is set to bring together multiple timelines while adding some new continuity to the mainline DCEU at the same time.

That’s why it’s so interesting to see that Warner Bros. Discovery has decided to push back the release of The Flash from its original November release date to mid-2023. This considerable delay has fans theorising about what it could mean for the larger DCEU, with most believing that it could be a way to film and reshoot some new scenes featuring Ben Affleck’s Batman.

Just recently, the curious omission of Batman from the Peacemaker finale caused some discussion among fans about what it could mean for the future of the Justice League. Seeing The Flash is set to undergo reshoots could give us the answer we’ve been waiting for.

Discovery Returns To The SnyderVerse?

Two movies stand out from the Discovery-altered release schedule, and they both have something to do with Shazam. First off, Black Adam is one of the only films that’s seen its release year unaffected, still aiming for a November 2022 release. This might explain why Shazam! Fury of the Gods has been pushed forward from 2023 to December of this year.

It seems like Discovery might be looking to cash in the popularity of Shazam and jumpstart his own branch of the DCEU. After all, let’s not forget that in the original Shazam we got confirmation that the Justice League exists in the same universe as Billy Batson.

Another movie that got pushed back was Aquaman and the Lost Kingdom. The movie will now be releasing in March of 2023 — which is still a few months earlier than The Flash. This minor delay could also mean that some extra scenes involving the SnyderVerse Justice League could be added into the DCEU film.

One thing is for sure: the key player in all of this is still The Flash. That movie could make or break the dreams of fans that long for the return of the SnyderVerse. However, seeing as the new administration at Warner Bros. seems to be radically changing the studio’s release schedules, it’s safe to say that Discovery might be up to something when it comes to the future of the DCEU (SnyderVerse) franchise, and whatever it is, it spells interesting times ahead for fans of DC’s unique cinematographic universe.

What do you think? Are the DCEU delays good news? Is Discovery looking to restore the SnyderVerse?