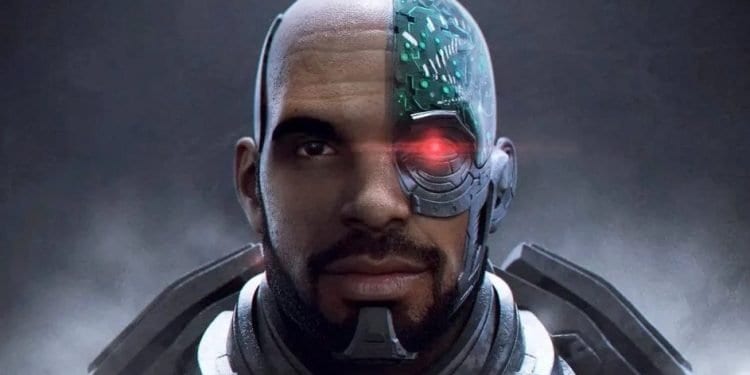 Thanks to Batman v Superman: Dawn of Justice, Zack Snyder’s Justice League and the Doom Patrol series on HBO Max, Cyborg has become an important character in Warner Bros’ DC projects. Portrayed by Ray Fisher in the live-action films and Jovian Wade in the live-action TV show, the iconic superhero created by writer Marv Wolfman and artist George Pérez has certainly grown in popularity. It’s no surprise then that the execs wanted to cast Grammy Award-winning rapper Drake as Cyborg in a solo TV show.

New concept art revealed by Jared Krichevsky (who’s worked on The Wolverine, The Amazing Spider-Man 2 and Wonder Woman) reveals what Drake would look like had he been cast as Cyborg. As the statement reveals, “Cyborg concept for a series that didn’t happen. They wanted to cast Drake at one point.”

“Edit: Since this post is getting attention, I should clarify I don’t know at what level they were considering him. I just got a brief note saying to make him look like Drake. Could have been nothing 🤷 Still fun to work on,” it continues.

As you can see from the above art, Drake would have made quite an interesting Cyborg. With his head shaved, his red eye, and his tank-like body, this interpretation of the character feels a lot like RoboCop too.

As fans would know, Drake (Aubrey Drake Graham), who first appeared in TV shows like Blue Murder, Soul Food, and Being Erica, put his acting career on hold after becoming a hip hop superstar. Of course, this hasn’t stopped studios from offering him roles in popular shows. In 2014, he voiced the character Ethan in Ice Age 4: Continental Drift and then appeared as Soul Brother in Anchorman 2: The Legend Continues. But he is probably best known as James “Jimmy” Brooks in Degrassi: The Next Generation.

Whether or not he would be a good fit for a superhero like Cyborg remains to be seen. The concept art isn’t half bad.

In 2017, Drake mentioned that he was interested in returning to acting. “Acting is another thing that I just can’t wait to really dive into, I think after I release More Life, which is this playlist I’m working on and finish this tour. I think I’m going to really start to position myself in the acting world and, hopefully, take some great roles.”

What do you think? Would Drake have been a good Cyborg in the DC series?