The change is not surprising as DC’s streaming platform stopped buying months ago. Since 2018 the streaming site has been home to original DC scripted series such as Titans, Doom Patrol and Stargirl. Fortunately, all of the platform’s scripted originals and library titles will move to fellow Warner Media-backed streamer, HBO Max. That includes popular, animated breakout series, Harley Quinn which has been renewed for a third season. 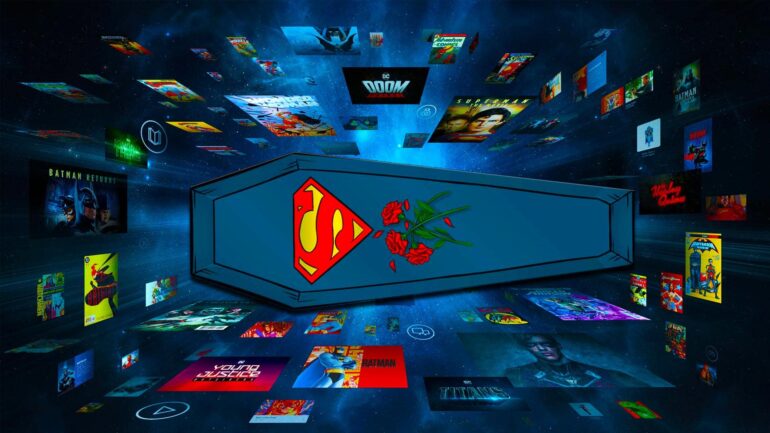 Doom Patrol and the previously announced third season of Titans will also fall under the HBO Max banner. Previous seasons of all three shows will also be available via HBO Max, while Stargirl has been renewed for a second season on the CW Network.

The change is not surprising as DC’s streaming platform stopped buying months ago and originals had been slowly moved elsewhere.

“The original content that is on DCU is migrating to HBO Max. Truthfully, that’s the best platform for that content. The amount of content you get, not just DC, but generally from Warner Media, is huge and it’s the best value proposition. We feel that is the place for that.”

DC Universe Infinite will launch on January 21, 2021, in the United States, and it will begin expanding globally later in the year. The new service will include more than 24,000 comic books at launch. Users will also have access to digital-first comics and exclusive events. Additionally, fans will be able to get recently released titles six months after the physical editions hit stores – as opposed to the current one-year waiting period.

In a statement about the DC Universe Infinite launch, Jim Lee said…

“I’m excited to share that not only will DC Universe Infinite members still be able to read all of the great comics that they’ve enjoyed, but new issues are debuting on the platform quicker than before. Digital-first exclusives are being created, and the members-only events will begin as soon as possible.”

The DC Universe Infinite service will cost $7.99 per month or $74.99 for one year. And for a very limited time (till October 30th) monthly subscribers can upgrade their service to include HBO Max for an additional $4.99 per month.